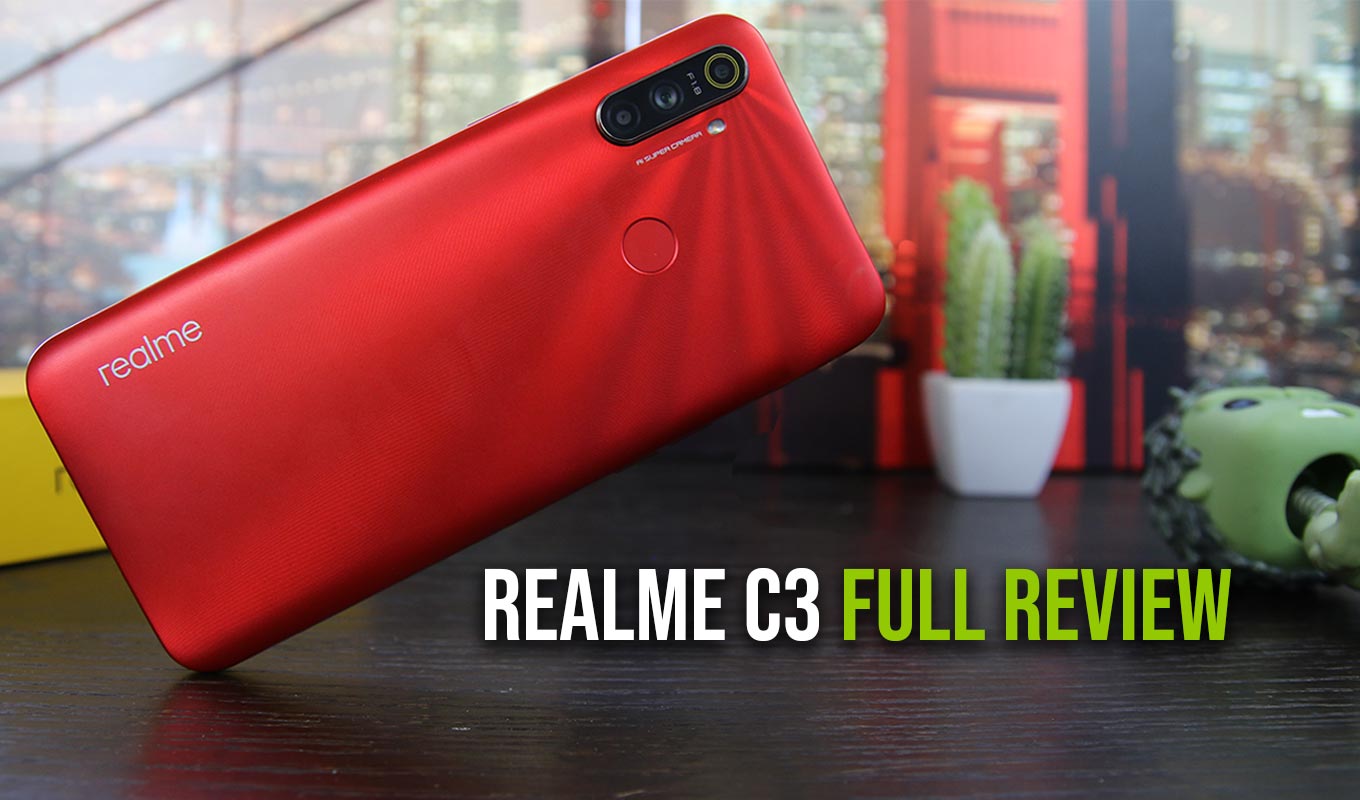 If some of you don’t know how’s the performance of the Helio G70 chipset, well it was made for gaming. Meaning it has decent powerful processing units, in short, it is an Entry-level Chipset. The camera AI of the G70 can perform fast object recognition (ex. a selfie with the bokeh effect enhancement), the chipset can easily recognize your face.

Let’s go over the design 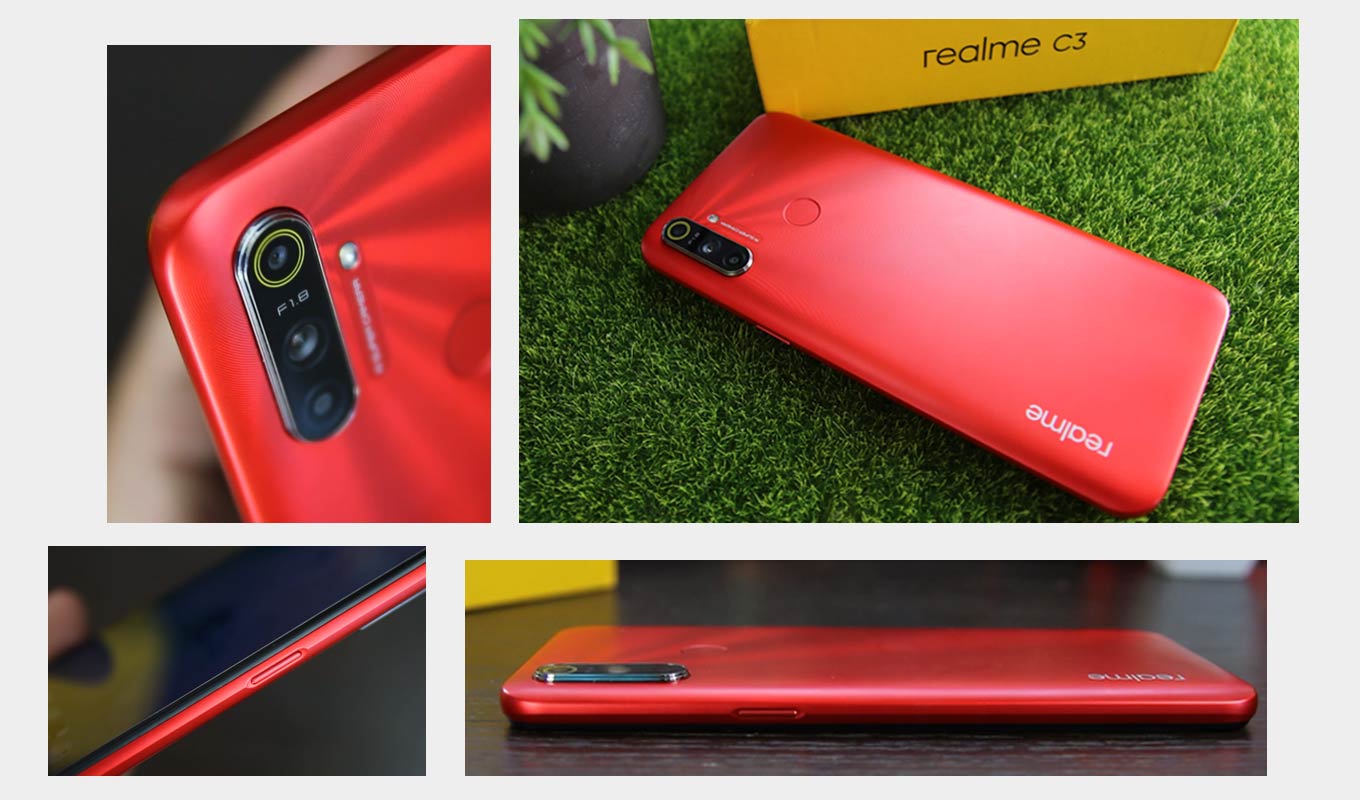 Realme C3 has 2 available colors which are frozen blue and blazing red. Unlike the paleness color of the Realme X50 pro, the colors of this phone are more saturated. If you are a Heliophile or simply a sun lover, you will love the design on it’s back. It has a sunrise design that looks like it came from the upper lens, thus portrays the sun. It has a fingerprint scanner with a triple camera module. We have a volume and power button on both sides and the sim tray with a dual sim slot and an expandable storage slot. On the bottom, you can see the stereo speakers, headphone jack, microphone, and a MicroUSB. Overall the design looks lovely and has an eye-catching back design.

Realme C3 has an IPS LCD panel which gives you a nice and decent viewing angle of its 6.5-inch screen. It is protected by Gorilla Glass 3, and splash resistant as well. The screen resolution is 720p, meaning that is the max quality available while watching on youtube.

Now let’s talk about the camera 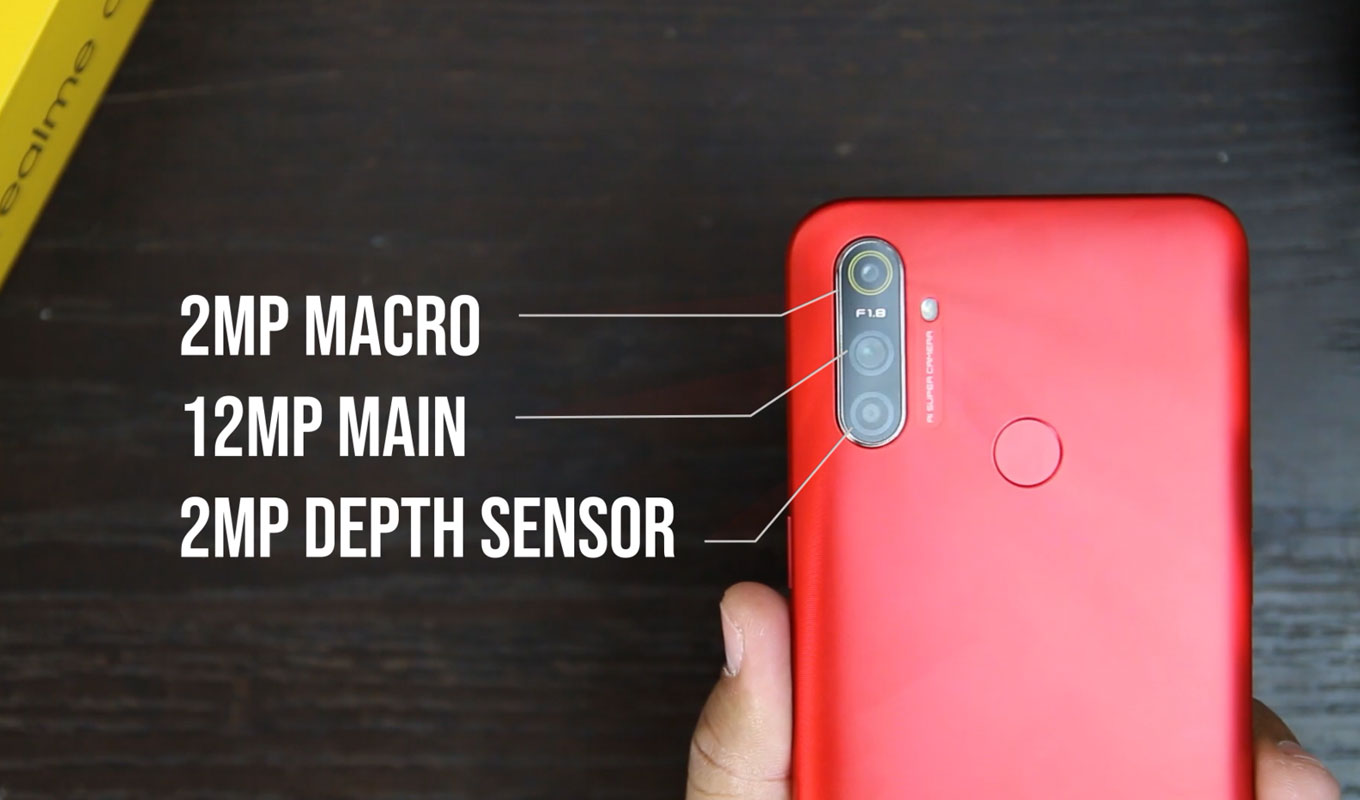 The back has a triple camera set-up, a 12MP main shooter along with a 2MP macro lens, and a 2MP depth sensor. Although it doesn’t have an ultrawide angle lens it is quite good for taking pictures. You can even crop a photo while not losing quality. However, if you are using a full view mode, the 12mp quality will reduce down to 8MP so the best option to shoot is at 4:3 ratio for better quality photos.

The colors of the phone are natural but when you turn on the Hdr, the photos got saturated but shadows on the foreground lighten up and we can see the clear skies as well. 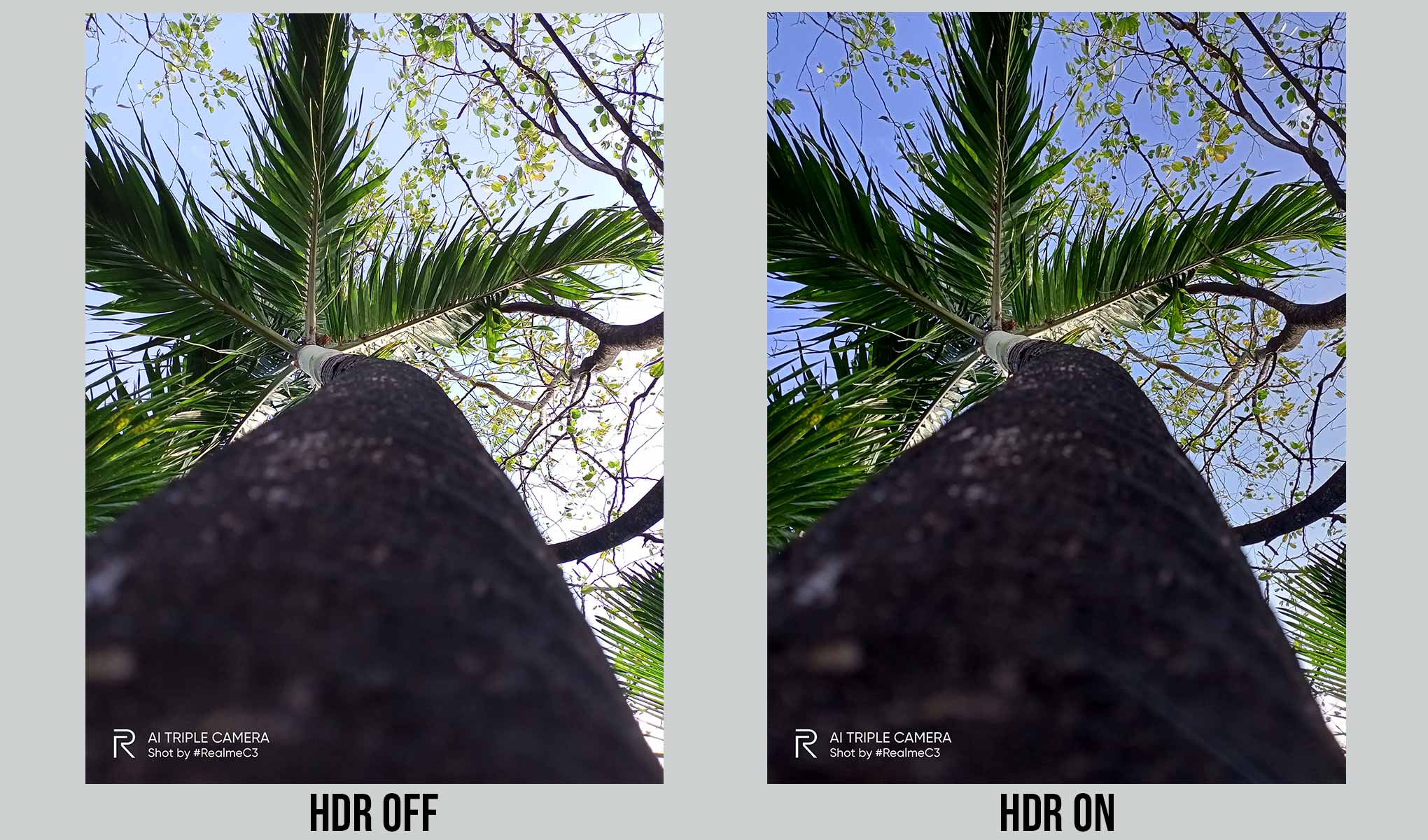 Moving on to 2x zoom, we can see that quality on the photo is still good however on the 4x zoom you’ll start to see grains and noise.

Switching to video mode it shoots 1080p video with 30fps, unfortunately, it doesn’t have stabilization.

Next, we have the 5MP front camera which has a decent wide-angle view. It also has a slider to adjust the amount of blurriness in the background. The sky is pretty blown up when you are taking selfies at day with portrait mode but it has an hdr mode if you want a dynamic range on your scene. The selfie shooter can record 1080p as well. 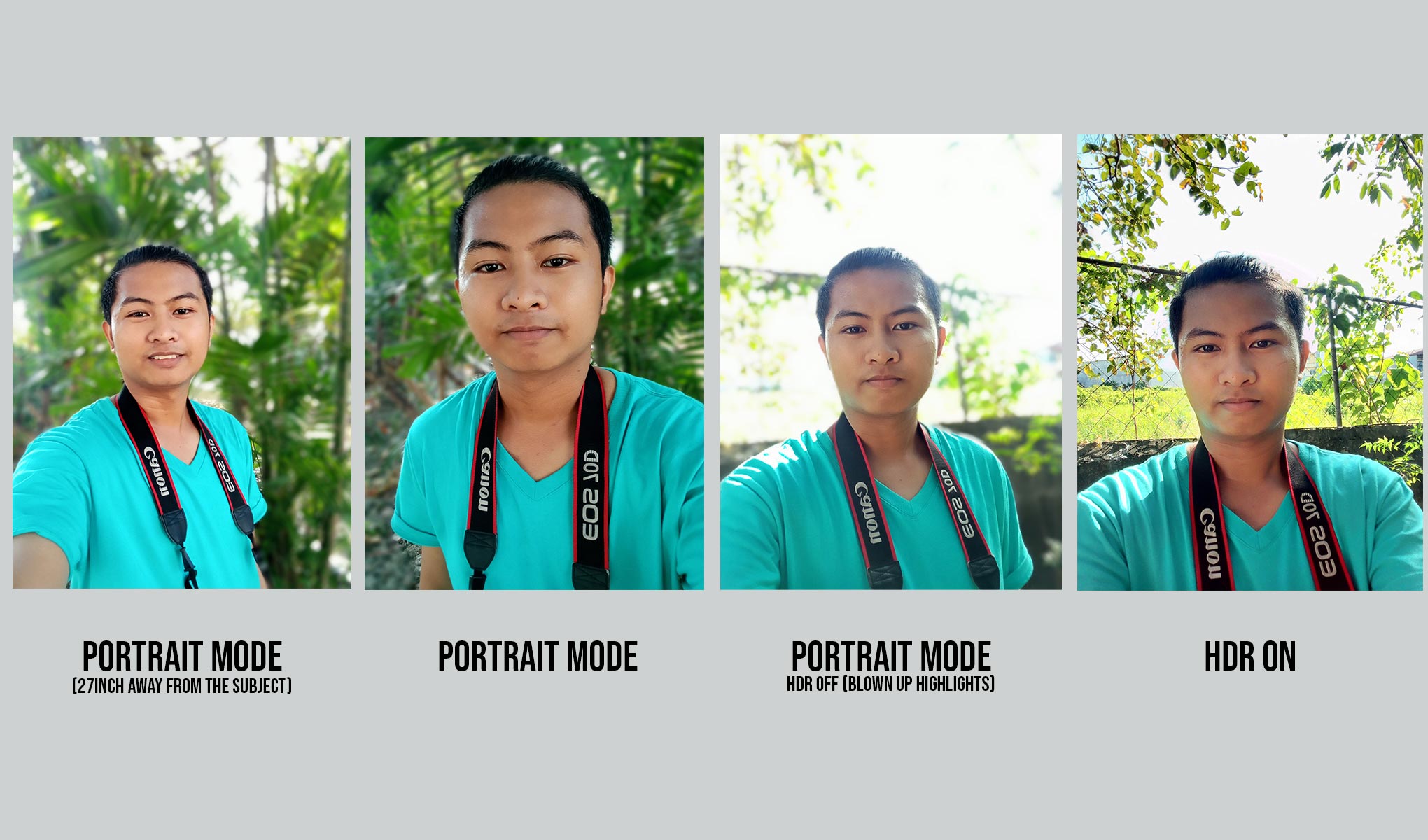 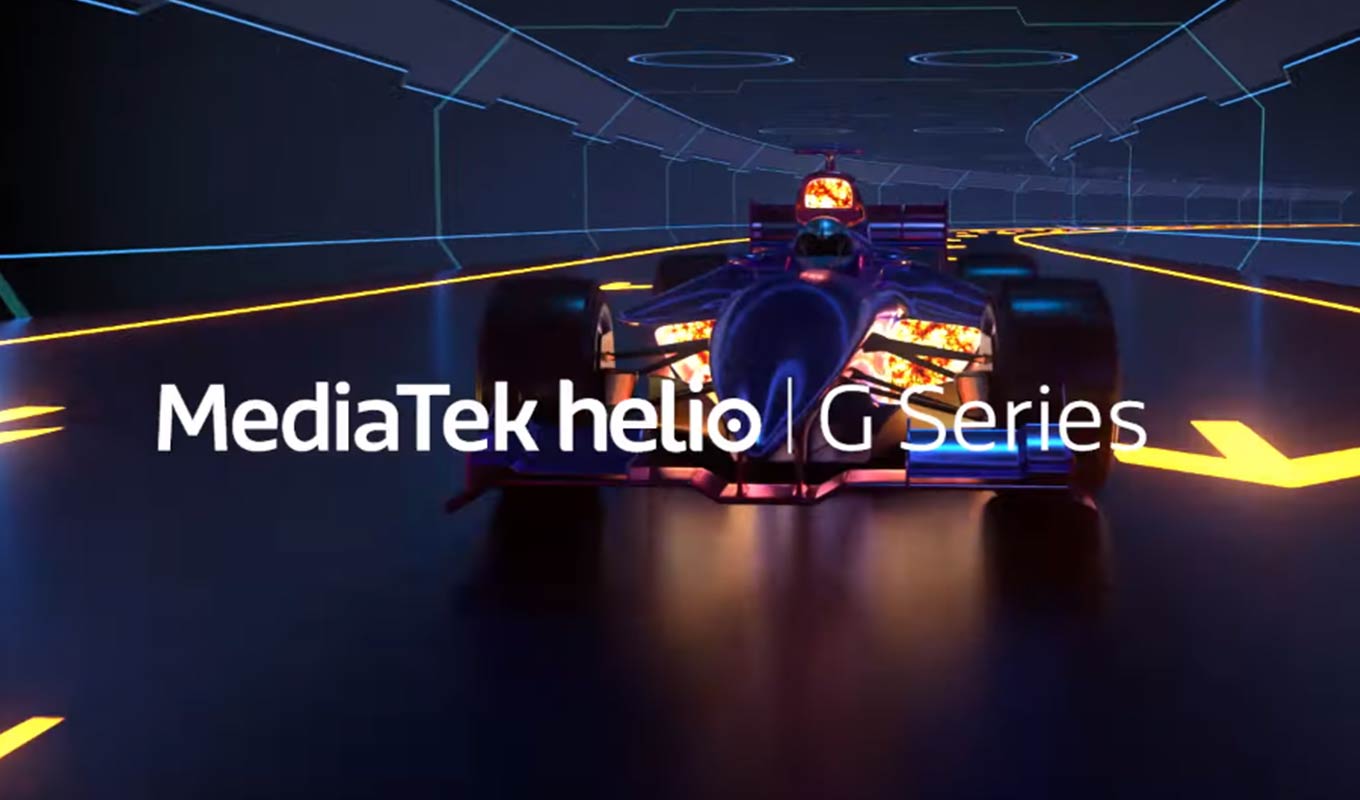 The world’s first phone with a Helio G70 Processor, Realme C3 is really a standout. it is running at Android 10.0 right out of the box along with the Realme UI 1.0. It comes with different variants, 2-4GB of ram. What we have is a 3GB of RAM and a 32GB of internal storage. With its new Realme UI, it enhanced the versatility of the phone. Smooth animation plus the responsiveness is a thumbs up. Realme C3 can perform fast enough compared to another entry-level smartphone.

We ran some games to test its capability and surprisingly the phone is good at taking GPU intensive games. On Asphalt 9, it is on the Highest quality settings by default and surprisingly no stutter and frame drops happened. Even at the Himalayas Map “Landslide” where the landslide animation starts, the device is pretty smooth and stable. Pubg, on the other hand, is High settings by default. The game is stuttering 9 out of 10 but it is reasonable since it is unoptimized but it is playable. on Call of Duty, we have every setting at low I don’t get why but maybe it is not supported for now. Mobile Legends on the other side was overkill in the device. Moving on to NBA 2K20, the device is performing well, The game can handle even in max settings. 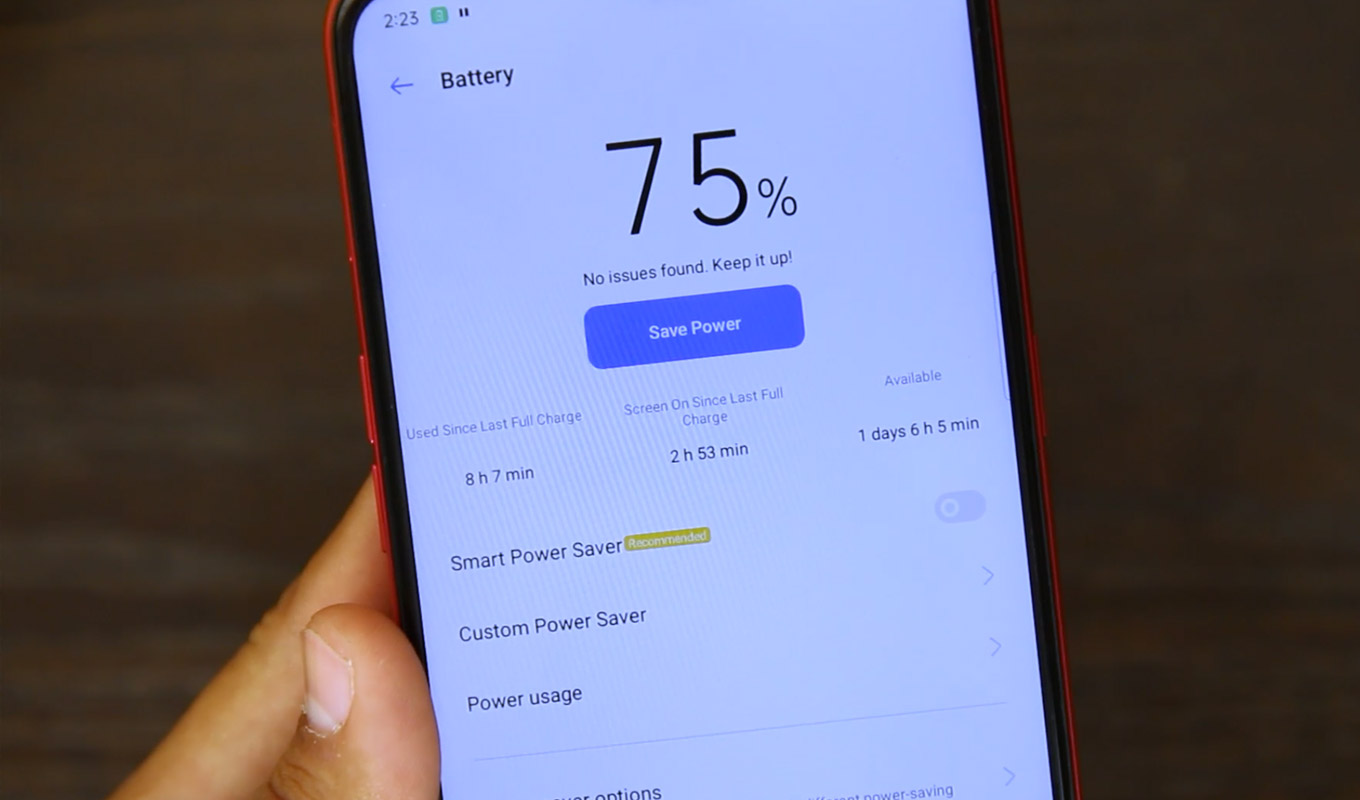 The battery performance is pretty tough it uses 25% out of 100% in 2 hrs of gameplay. It doesn’t have fast charging so it will take almost 3hrs to charge up. it is reasonable since it has a large 5000mah battery charging at 10W power brick. 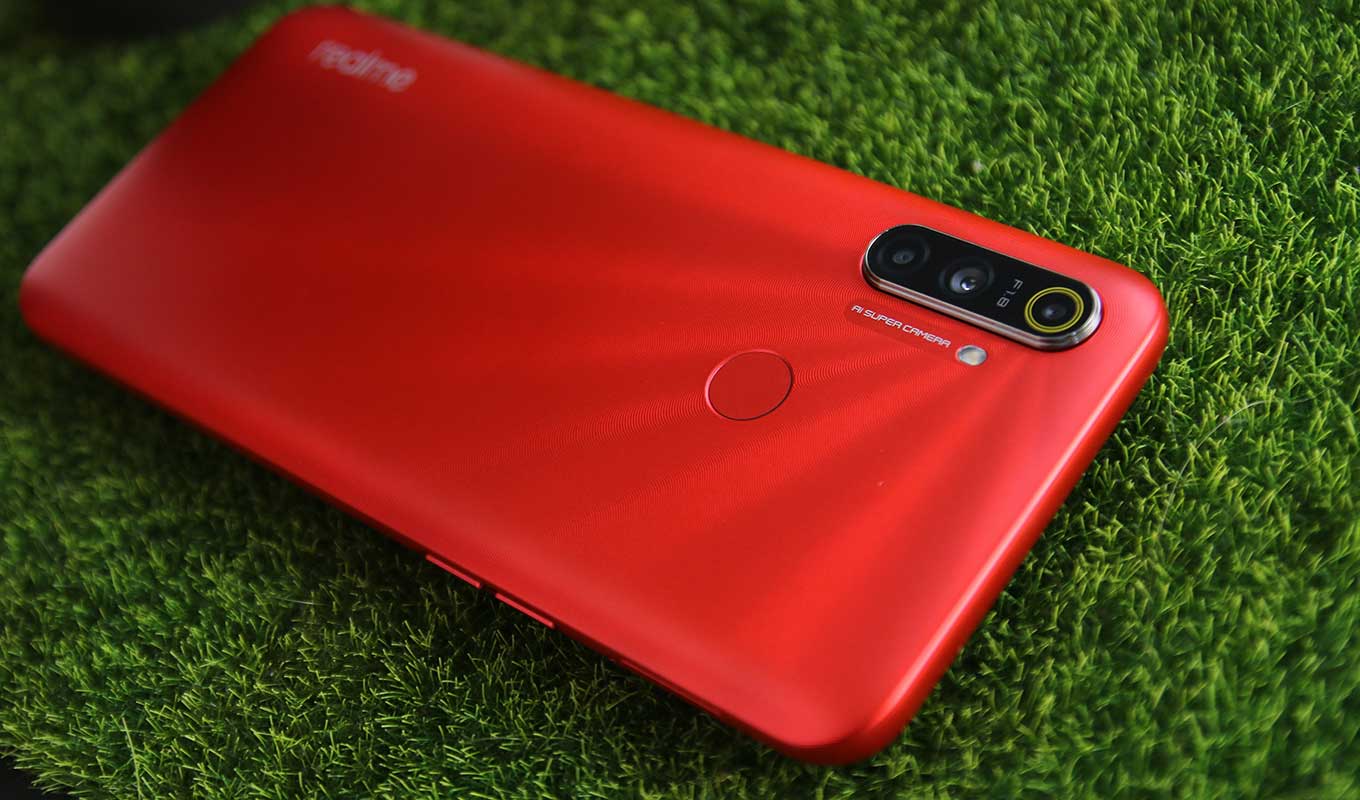 The device performs well in most games. It is quite unbelievable that this phone can let you play with high settings even at its budget price of P5,990. The camera, however, is lacking flexibility for not having an ultrawide angle lens. Imagine if it got both an ultrawide lens and an FHD+ screen, this will be the new budget king. But we will let you decide, the realme 5i is the fastest-selling phone of realme in the market right now.