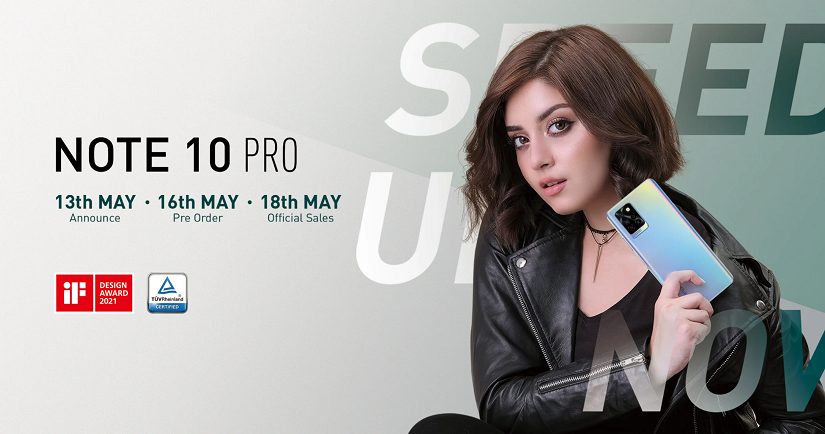 Infinix just revealed the exact date of the announcement, pre-order, and official sales of the upcoming Note 10 Pro mid-range phone. According to the poster, Infinix Note 10 Pro will be announced on May 13th. It’ll be followed by pre-order on May 16th, with availability in stores starting on May 18th. The company is touting “speed up” for its new phone.

Other than the fact that the Note 10 Pro will come in two-tone black color and gradient blue, there’s pretty much nothing to talk about. However, some images reveal the phone with a USB-C port and an audio jack. Additionally, rumors state that the Note 10 Pro is a 6.9″ IPS device with a 90Hz refresh rate, 8GB RAM, 5000mAh battery, 64MP main camera, 16MP selfie, and Helio G95.