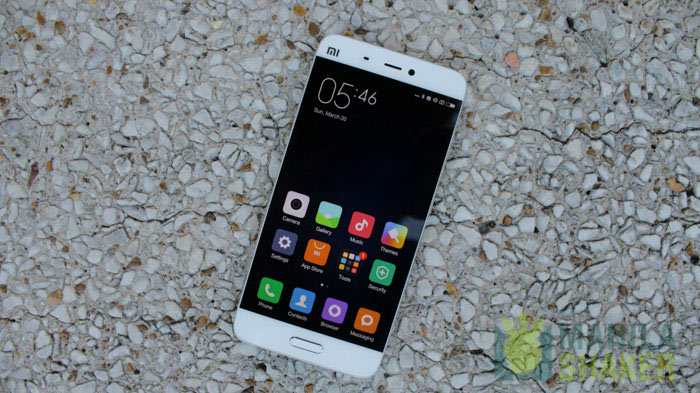 From the first Mi phone years ago to the newest Mi 5 flagship, certainly Xiaomi, one of the biggest Chinese OEMs, has raised the ante in the Android race. With a flagship specs and features for a budget price (Php19k pesos in the Philippines), is Mi 5 the best Android phone right now? What really does it offer over the other alternatives? And is there really big compromises along its attractive, mid-range pricing? There’s only one way to find out if it is indeed the best budget 2016 Android flagship and that’s in our full review of the Xiaomi Mi 5 (non-official Philippine variant).

Like all Mi phones, the packaging here comes with a little fanfare. There’s no headset to be found and nor the cable supports file transferring. Box contain just the phone, papers, USB Type-C cable and the 2.5A power adapter.

Follow this guide if you want to transfer files without buying a new USB type-C cable.

Xiaomi is no more a company that makes plastic phones. The Mi 5 is designed to be a premium phone. The dual-curved Gorilla Glass 4 back similar to Galaxy S7 and the front panel with a super thin bezel is sandwiched by a metal frame. This keeps the device thin and light, yet sometimes a little slippery.

The device felt comfortable to hold in the hand. Although its front edges are quite sharp in skin, the curved corners and tapered sides did provide a better grip. The aluminum-cut buttons are snugly positioned on the right side and easy to reach with my thumb. They’re also very clicky and firm.

Completing the tour around the device, the reversible USB type-C is new to Mi series and comes supported with Quick Charging 3.0. Beside the port are speaker grilles in left and right with the last as the mono speaker. On the left of the phone is access to a dual-nano SIM tray. Up on top are an IR blaster and a 3.5mm audio jack. 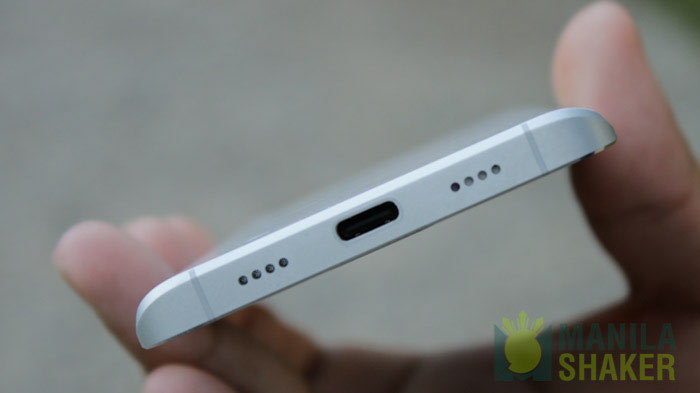 The new home button integrated with a fingerprint scanner is now slimmer than before. On the bright side, it’s now faster and more accurate in scanning. The two capacitive backlit navigation keys are positioned on each side of the home button. They’re tactile and respond snappily, but there’s a noticeably delayed when pressed caused by the transition effects.

Instead of going in a toe-to-toe fight against the Samsung Galaxy S7 and LG G5 in the display war, Xiaomi chose a standard panel as the Mi 5 sports a 5.15-inch 1080p Full HD IPS LCD panel. The LCD screen is protected by a Gorilla Glass 4 similar to its back.

In terms of viewing experience, the screen remains sharp, clear and bright. It’s not as saturated as an AMOLED screen, but colors are accurate. The thin bezel gives a seamless experience. Throw in a black wallpaper, the device surely looks like an edge-to-edge device from the future.

Rocking a 16MP main snapper, the sensor comes equipped with a 4K video mode and OIS. Daylight shooting proves to be the weapon in its arsenal of this shooter. Photos look sharp, underexposed a little bit, and more saturated during the day.

The HDR mode seems to lift some highlights from shadows and smoothen the blown out areas. However, aberrations become more apparent compared to non-HDR shots.

In low light, the Mi5 struggles in producing a well-exposed, bright images. The dual-tone LED flash is even underpowered. Areas with no lighting become too dark. While night shots are mediocre, the camera still retains some highlights and preserved the details well.

Selfie photos are handled by the 4MP front-facing snapper. The beauty enhancements kick in easily in auto mode. Details and skin lightening are well-preserved and not overdone, respectively.

At 1080p video, colors are bit saturated yet the detail is sharp as to the still image. It’s crisper and richer than the video was taken from the iPhone 6s. The OIS (Optical Image Stabilization) reduces some unwanted movements but it’s not the best we’ve seen in flagship cameras.

Overall, the 16MP is a reliable sharpshooter and average at best.

You can check our Mi5 vs iPhone 6s and Samsung Galaxy S7 camera comparisons to check how does the $400 camera phone fare against $650 and $700 shooters.

At its core is a standard (max CPU at 1.8GHz) Snapdragon 820 quad-core chip paired with 3GB of RAM and 32/64GB non-expandable storage. The lack of microSD card is not a big deal for some as the base storage is surely enough for most users. But if you felt that 32GB isn’t enough, the 64GB can be had for just a couple of thousand pesos more. There’s a Pro version with 4GB RAM and 128GB storage but that’s still about to come this summer.

The Mi5 opens apps, runs games, and multitasks quickly. And in benchmarks, it certainly kicks some older flagships with its scores soaring on top, just a few thousand points below or higher than the Samsung Galaxy S7 in Antutu.

The Mi UI that comes with the device is the latest take of the Chinese company on top of Android 6.0 Marshmallow OS. There’re no noticeable visual changes from the Android 5.1 Lollipop versions we saw in Redmi Note 3 and Remdi 3. Overall, this is still the same UI in other Mi phones we had but in a more refined and smoother experience.

The Mi UI is noticeably cleaner and less in software features, but it is certainly a notch faster when compared to the heavily-customized TouchWiz of Samsung.

Unlike the Redmi Note 3 and Pro, the battery on Mi5 is much smaller at 3000 mAh. This is to keep the phone thinner and lighter than the two above mentioned mid-rangers.

Despite packing lesser juice, the Mi5 still provided a good battery life that could easily last an entire day in a single charge. Our screen-on time reaches 5-6 hours with a single SIM card inserted.

The single speaker at the bottom is easily muffled when holding the phone either in landscape or portrait. The sound quality is comparable to the Galaxy S7, which is quite underpowered for a flagship but with clear vocals and milder bass level.

What’s more pressing matter is I find the earpiece lacking in volume too as to the loudspeaker. This is using a cellular connection for voice calls. Calls using Skype and Facebook are much clearer and louder than the standard phone connection. 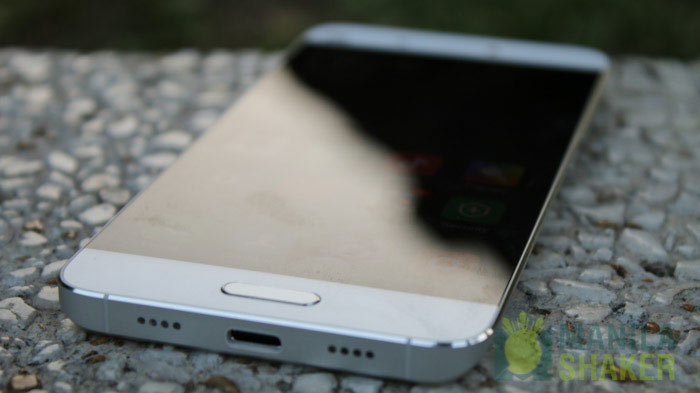 Xiaomi Mi5 is currently available in very few regions. We ordered our review unit online for about P19,900 pesos price for the 32GB model including the shipping fee and taxes. It’s highly unlikely Mi Philippines will release the device as a PH variant. So the only way you could get a taste of this budget flagship is through buying from online stores.

Now to the question, is the Xiaomi Mi5 worth your money? Well, there’s only very few things not to like about the Mi5. So we think YES, it’s great value for your money and perhaps the best take of Xiaomi in current flagship territory of Android. Above all, the Mi5’s cheap pricing is enough reason for you to forget and not miss premium phones such as the Galaxy S7, which is similar to my case.

After coming from the more expensive Galaxy S7, I felt that the Mi5 has more value than on its price. It’s a pretty reliable device with the latest hardware specs and software features on a phone except for its camera, though. But certainly, I can say that it’s currently the best budget Android flagship smartphone right now.