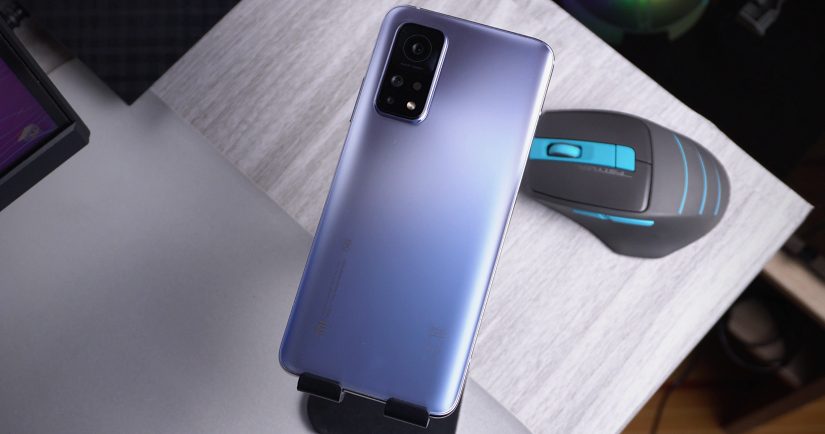 Arguably the toughest market to compete in this year when it comes to smartphones is the mid-range segment. There’s a lot more variety than what the flagship segment offers, regardless if you’re in it for battery, design, display, performance, camera, or even 5G. There are so many options out there that it’s easy to get lost when shopping for that bang-for-the-buck device. Perhaps due to the sheer number, you might have forgotten about Xiaomi Mi 10T.

As a short refresher, it’s an affordable flagship-level smartphone that starts at Php19,990. After 60 days since it launched, is the Mi 10T underrated or undeserving, especially when OnePlus Nord and POCO F2 Pro are just right around the corner. 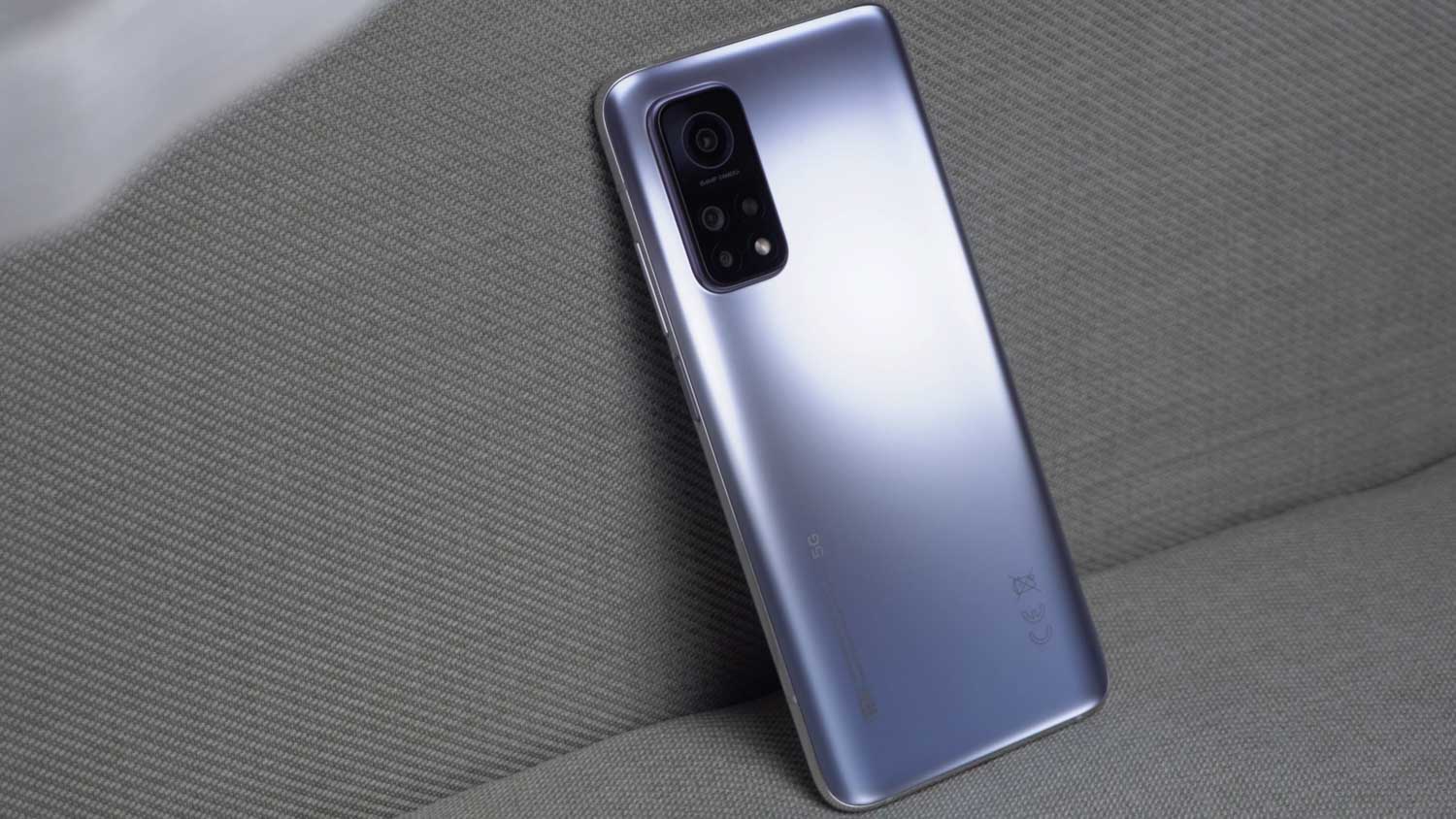 Xiaomi Mi 10T comes in three colors, namely Cosmic Black, Lunar Silver, and Aurora Blue. The one that I got here is the Silver variant, but the frosted glass finish on the back, for the most part, shines in blue when hit by light. Yes, Gorilla Glass 5 is still present on the back for scratch and drop protection, but I really appreciate that it doesn’t attract smudges as much as other glass phones.

The railing is of an aluminum frame, but the glossy finish makes it look like stainless steel. Luckily, it’s resistant to smudges, unlike the iPhone 12 Pro and Pro Max.

Up top is a microphone, infrared port, and a small cutout in the middle that, I think, is a speaker chamber to improve the stereo experience. Below is the speaker grille, a USB-C port that accepts up to a 33W charger, and a dual-SIM tray that doesn’t accept a MicroSD slot. There’s nothing on the left-hand side, so the volume rocker and the ever-so-accurate-and-fast fingerprint scanner are on the other side.

For a device that has a massive battery and 5G modem, the Mi 10T unusually feels thin and light in the hand. Although, you still have to deal with huge camera humps.

Overall, I think the Mi 10T is a massive upgrade in aesthetics when compared to the Mi 9T. I also appreciate Xiaomi opting for frosted glass, even when most premium mid-range phones are using plastic.

Xiaomi made the controversial decision to switch from AMOLED back to IPS LCD for its Mi 10T Series. They even backed up this move and explained that “it is better to have a high-quality LCD … versus a middling sort of AMOLED.” And based on my experience, I really can’t blame them.

This is, by far, the best IPS LCD I’ve used for a long time. The last time that I had a great LCD was with LG V20 that boasted 1440p resolution. Sure, there’s only 1080p on the Mi 10T, but the calibration resembles AMOLED a lot, and the black levels are improved. In fact, it even copied the warm white tones from OLED screens.

The Mi 10T does have several color schemes in the settings, including support for P3 wide color gamut. But, I find the Enhanced Color Gamut to be the best option as it displays all content in the widest coverage possible, at least to my eyes. Additionally, there’s HDR10+ support, which means you can watch HDR content on YouTube or Netflix for better visual quality. But in contrast, I found HDR playback to be dim, which maximizes at 650nits and lacks that extra pop. You’re better off watching SDR, in this case. There’s no problem when it comes to day-to-day use, though, as the 500-nit panel is enough to combat extreme sunlight.

Of course, we can’t forget about that 144Hz Adaptive refresh rate. For someone who came from the POCO X3 NFC, the difference between the Mi 10T 5G is night and day. Thanks to the extra power from the chipset and better software optimization, the Mi 10T’s adaptive technology works like a charm.

144Hz practically works everywhere, except for the stock camera that loves to stick back to 60Hz. But even when watching a video in the background, the screen still lets you scroll through feeds in 144Hz. There are almost no frame drops, unlike on the X3 NFC, but MIUI 12’s quirks sometimes can get in the way. You’ll mostly notice it when calling for the notification tray when watching a video. The screen would feel laggy because the refresh hate had stayed to 48Hz or 24fps.

All in all, I think you shouldn’t be worried about the LCD of Mi 10T unless you’re a stickler for perfect contrast ratio. Is it almost as good as an AMOLED? No. But it’s damn near close.

Though the camera hump might seem packing of five sensors, in reality, there are only three — a 64MP Sony sensor, a 13MP ultrawide, and a 5MP macro. On top of that, you do have the ability to video record up to a whopping 8K resolution.

It’s usually the cameras that turn to be the Achilles’ heel of affordable Xiaomi phones. This time around, it’s different.

The main camera delivers great quality photos, albeit with inconsistent white balance and smudgy quality indoors. Due to the large sensor, you can go up to 2x digital zoom with little-to-no loss of quality. I did, ho9.5ver, shoot a lot in 5x because the quality is still acceptable, notably when you’re only posting stuff on social media.

The colors are warm, much like the iPhones, but the ultrawide camera’s HDR process looks like the Pixels. In a way, you have the best still cameras in the ultrawide and the most reliable ones in the main camera.

There’s not a lot to say about the 5MP macro lens; I think the one on the Redmi Note 9s is still better.

When talking about video capability, the stability is where the Mi 10T shines. The stabilization is great, mainly when using the ultrawide lens. Both lenses are capable of up to [email protected], but you lose stabilization in 60fps. The same goes for 8K that lets you choose to record in 24fps or 30fps. I highly recommend using a gimbal or a tripod when shooting 8K to get the best quality.

The dynamic range is fairly limited, with the shadows underexposed for the most part. And, zooming in downgrades the overall quality of the footage by a significant margin. One thing that Xiaomi hopefully could fix in future software updates is focus hunting under challenging lighting conditions.

Speaking of challenging lighting conditions, Night Mode for both ultrawide and wide are exceptional. Capturing night shots is fast, and the detail preservation is excellent. Although, highlights can get cartoony, only if you’re pixel peeping.

The 20MP selfie camera is nearly as reliable as the main cameras, as quality tends to be sharp, natural, and pleasing. There are times when cutouts were inconsistent when the background is busy, but when done right, the bokeh can be convincing.

Selfie video only goes up to [email protected], and there’s a huge crop happening, so you need to extend your arms or use a selfie stick for a wider field of view.

What’s really interesting is the fact you can capture Night Mode selfies without going overboard in processing.

While I think the main cameras are one step closer to flagship-grade, the selfie camera surprised me with its consistency despite the lack of 4K video capability.

At the core of the Mi 10T is the Snapdragon 865, not the Plus version that went out a few months ago. The base model features 6GB/128GB, but there’s an 8GB model for an extra Php1000 more. While I did use the one with 6GB and never had any problems with it, I suggest saving up for the top model if you plan to stick with the Mi 10T for the next couple of years.

Much like most phones with this chipset, the performance just flies. No overheating problems as well. Do take note that I’m running MIUI 12 based on Android 10, and the software version doesn’t come with the fancy live wallpaper that’s available on the Mi 10 Series that launched earlier this year.

The only thing that I want to mention is if you’re willing to use an aging (yet still plenty capable) chipset when Snapdragon 875 is just right around the corner. There are rumors that Redmi K40 Series, particularly the Pro model, will feature Snapdragon 875 and will go official in early January. With the new chipset, you’ll get better GPU performance that’s better suited for games like Genshin Impact, in a 5nm process node that’s slightly more power-efficient.

As it stands right now, though, the Mi 10T is capable of lasting at least three years and offers more than enough processing power for most consumers.

For a device with a top-grade chipset, a fast LCD screen, and 5G, the 5000mAh is capable of providing a full workday with a spare for the next. Without gaming, I consistently get six hours of screen time on Wi-Fi all day. On mobile data, screen time takes a hit a little bit, but it’s impressive to see the standby drain non-existent here. I even used Wi-Fi hotspot for half a day and still went home with 50% left.

Charging time, however, will still take a little over 70 minutes from empty to full. Still, I never felt I was bored waiting for the 33W fast charger to do its job. There’s even Power Delivery 3.0 compatibility here for anyone planning to use a third-party charger.

Unfortunately, the thing that’s missing here is the audio jack. It’s a trend in 5G phones to skip out this feature, but Xiaomi was generous enough to include an adapter in the box. With that said, all ears on the stereo speakers.

I’m no audiophile, but the stereo speaker quality isn’t as good as the ones on the Mi 10, which makes sense because that’s a more expensive device. I found acoustic sounds to be tinny, and maxed out volume could distort the quality at times. Loudness is quite satisfying, but I just wish there’s extra depth to the overall sound experience.

I think it’s also worth noting that I compared the Mi 10T’s speakers with the Samsung Galaxy Note 9, which may not be as loud as other speakers, but holds plenty of depth and richness in sound.

Based on what we’ve seen, it’s safe to say that Xiaomi Mi 10T is an underrated phone more than undeserving. It’s a great alternative to the POCO F2 Pro that nearly sports the same features, but with 60Hz AMOLED. Given that the fast refresh rate is the trend today, the 144Hz will spoil the enthusiasts out there in exchange for a near-AMOLED LCD.

I also think that the extra punch provided by the Snapdragon 865 more than makes up for the clean and snappy software of OnePlus Nord. Additionally, the image signal processor of SD 865, on paper, is significantly better than the SD 765.

The Mi 10T is a great pick up, especially when you can get it during sale periods. If you have the means, the Mi 10T Pro offers better camera quality thanks to its 108MP sensor. But, I feel like you don’t need to when the standard model performs excellently at its price (Php19,990 for 6GB/128GB and Php20,990 for 8GB/128GB).