Like the previous Redmi Note phones, the Redmi Note 9s still has that glass-and-glass body. And with the presence of Gorilla Glass 5 on both sides, you can expect micro-scratches to be minimal. You even have a pre-installed screen protector which is a nice bonus. However, I noticed that the glass on the back feels more like plastic hiding in a glass finish. But regardless, the Interstellar Gray color that mostly looks like blue feels like above its price tag. The device is also available in Tropical Green but I think Glacier White is also a looker. All three, of course, come with splash resistance. Aside from the color, the icon-like quad-cameras have a significant hump. While you can easily flatten out the added depth with the included jelly case, the module is actually wide enough to prevent intense wobbles. As we move to the plastic frame, you’ll notice that the IR blaster is still here. Down at the bottom — you still have room for the headphone jack, USB-C port, and the mono speaker. On the left side, the dual-SIM tray is joined by a dedicated microSD slot. On the right side, you have the very fast and accurate fingerprint scanner doubling as a power button. Right on top of it is the volume rocker that’s uncomfortably too high to reach with one hand. However, I did find it very handy when using the device in landscape mode.

For the first few days, the Redmi Note 9s felt like a giant phone in my hands. And since it has a wider footprint than the Realme 5i, one-hand navigation was a task. Using the included case gave me confidence when operating the device, but after a few days, strangely enough, I can comfortably use the device even without the case.

Overall, I think the Redmi Note 9s has one of the best designs at this price point. If you’re in it for the looks, you definitely need to see this phone for yourself.

Xiaomi has never cut in display quality even with its aggressive pricing. With the Redmi Note 9s, that continues to be true. It’s been a while since I’ve used an IPS LCD phone for an extended period. And to my surprised, I never had any complaints with this FHD+ panel. I like how HDR playback is enabled thanks to the high peak brightness. And I’m also glad to report that there’s no screen bleeding with the unit I’m using. At 6.67″, there’s plenty of room to navigate around social media feeds, but I mostly appreciate the extended form when playing games. Was the pinhole camera distracting? Not at all. Were there any dimming issues? Yes, particularly around the camera cutout and the four corners of the screen. However, it’s like a notch that goes away after a few days of usage.

And from the few times that I had to go out, I never had a problem with the display being too dark under direct sunlight. Do I wish it was brighter? Yes, but at this price point, you just can’t complain.

Now for the cameras. If you’re coming from the Redmi Note 8, there’s no upgrade in the sensor and lenses. You still get the same 48MP Sony sensor, alongside 8MP ultrawide, 5MP macro, and 2MP depth lenses.

As for their photo quality, you get what you pay for. As usual, the 48MP outputs the best photo and video quality. Photos don’t look oversharpened and the colors are a bit contrasty even with the natural color reproduction. There are times when the pixel-binned photos look soft even with great lighting, and the auto-focus tends to be inconsistent. At times, It would take me at least three shots to nail down the focus. Every time it happened, I just switched to 48MP mode and that would fix the issue. There’s no optical zoom here, so the best telephoto shots that you can get is from the 2x digital zoom. But even with the noisy output, I applaud the consistency of white balance. As for ultrawide, it may be the inferior lens out of the four but it’s very reliable especially if you want the most stable video footage out of this phone. Unfortunately, the lens is capped at [email protected] You can record up to [email protected] but you’d need to use the main sensor. There’s no stabilization at the highest resolution, but there is decent stabilization when recording at 1080p up to 60fps. But then again, you’re still faced with the same white balance issue.

In the camera app, Xiaomi has this Movie Frame mode that adds black bars on the top and bottom of videos. It’s an easy way to get cinematic-looking shots, but it’s surprising to see that it works well particularly when taking portrait shots. Also, slow-mo is pretty good as you can go up to 240fps at 1080p. While you can push it up to 960fps at 720p, you can definitely see the software doing its tricks.

Moving to the 16MP selfie camera, it’s good for photos but not for videos. I can easily get pleasant-looking shots of my quarantine face even with the beauty filter turned off. It’s even surprising to see how good it isolates the subject and the background when using portrait mode. Video-wise, you can get up to [email protected] but the quality is very noisy even when recording outdoors.

Within the camera app, you have tons of modes to play with. Xiaomi even has this Short Video mode that, from what I understand, shoots 15-second creative videos for easy uploading to social media. However, Macro Mode is the one I enjoyed using the most due to the sharp photos it provides. Night Mode, on the other hand, needs a ton of work. It tries to lift the shadows a lot to increase exposure and it doesn’t really do anything but to make the photos look washed out and very soft.

As a whole, the Redmi Note 9s is a decent camera phone. It only needs a few tweaks here and there but I think it’s more than enough for what you need it for at its price range.

Now, what about performance? For starters, this phone is using Snapdragon 720g and is paired with 4GB RAM and 64GB storage. A higher model is available with 6GB RAM and twice the amount of storage.

If you’re thinking that this would be an upgrade from the Redmi Note 8 Pro, well, it’s not. If you’re coming from the Redmi Note 8, then it’s a significant upgrade. I think the Snapdragon 720g strikes the balance between the efficiency of SD 665 and the graphics prowess of Helio G90T. And based on my experience, it’s enough for heavy-gaming. I’ve tried battle royale games on this one as well as MMORPGs, such as Dragon Raja and Evil Lands. This phone held its own. You won’t get stable 60 frames on some of the latest games, but it’s playable, to say the least. Really, the only problem that I noticed is the consistent crashing of Ark Survival. It runs fine but it crashes in certain parts of the game. I tried it on my Galaxy Note 9 which is still plenty powerful in 2020, but the game was too choppy to play. Initially, my thought was, “maybe 4GB isn’t enough for modern games.” But after testing it from a more powerful device, the game may not be well-optimized.

Other than gaming, the day-to-day experience on the Redmi Note 9s is almost as good as other mid-range phones. There are two things I didn’t really like — the ads and inconsistent UI animations. To be fair, it’s just banner ads. But still, one can easily accidentally tap on those ads. As for the inconsistent UI animations, it’s a nitpick at this point, but I really wish Xiaomi polished their software more. At times, the home screen would just take its time to reload. And sometimes, MIUI would just skip and reload an entire animation. It’s probably just me but I felt like it broke the fluid experience. Then again, there’s only 4GB RAM to work with. In 2020, 6GB should be the minimum standard.

The only feature that felt really lackluster is the south-firing speaker. Both the bass and maximum output could be better but you do have an option to use the headphone jack.

When it comes to the 5020mAh battery, I consistently recorded 7 hours of screen time which includes at least 2 hours of gaming. And given we’re always stuck at home, we can’t help but use our devices. I tried to extend my screen time by not playing games but for some reason, I always end up with the same number. Regardless, if we were still in normal times, I think the Redmi Note 9s could easily last up to two days. 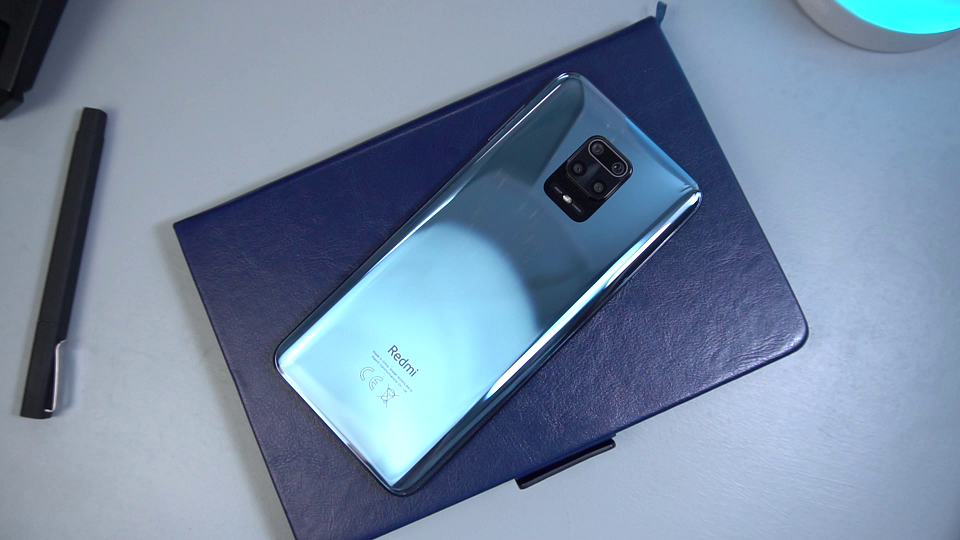 As mentioned earlier, Redmi Note 9s is available for P10,490 for the 4GB/64GB, with the 6GB/128GB for P11,990. Its competitor is Realme 6 which boasts 90Hz screen and 64MP cameras. Given Realme is already offering trendy features, one can easily overlook Xiaomi’s offering. But from what I’ve noticed, it’s a reliable and long-lasting phone. Redmi Note 9s ticks all the boxes and is an easy purchase for those wanting to do more. And if you’re looking to game with this phone, just make sure to purchase the top model.