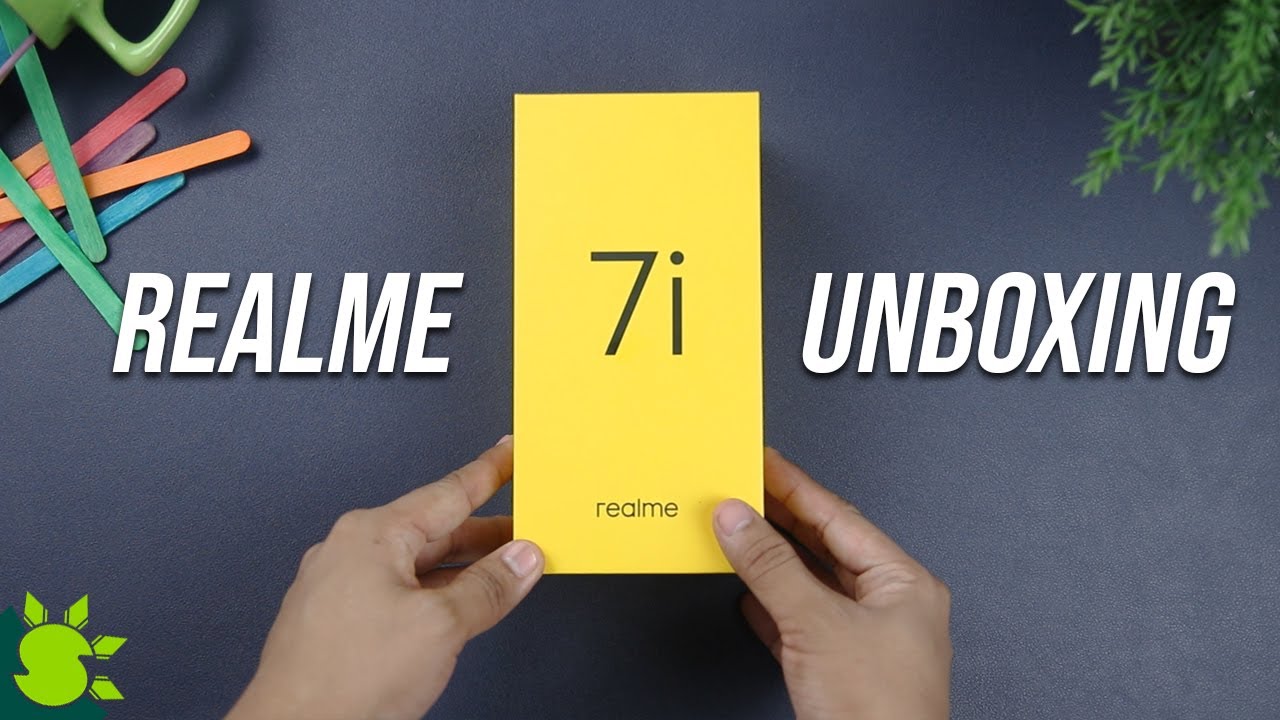 Another model from the latest Realme number series is finally here in the Philippines and it is cheaper compared to its bigger brothers, Realme 7 and Realme 7 Pro. The price hasn’t announced yet so just read our first impression first to see if there is an upgrade or it is just a downgrade.

The box of the Realme 7i was the same as other Realme phones, and upon opening the lid it contains another compartment box on top and inside is the sim ejector pin, translucent jelly case, and some documentations. Underneath the compartment box is the phone itself, and below it is the USB Type-C charging cable and an 18W power brick. A typical contents inside the Realme phones.

The basic design of the smartphones today is still on the Realme 7i, like the headphone jack, USB Type-C port, and fingerprint scanner. Though the trendy rectangular shape in 2020 is in the design of Realme 7i. The build is plastic with a glossy finish and there are two color variants which are Aurora Green and Polar Blue. Our unit comes with aurora green color. The back also has a line that separates the texture which you can also see on Realme 7, but on Realme 7i it is diagonal. It has a reflective texture on the top side and matte texture on the bottom side. At first look, it looks like metal with a sturdy feel however it weighs only 188g despite having a large 5000mah power battery.

Around the frame are the typical smartphone buttons, power button and volume rocker on the right, speakers, microphone, Type-C port and 3.5mm headphone jack on the bottom, and a simtray on the left that expands–which we believe–up to 256gb.

On the front compared to Realme 6i it now has a hole-punch cutout instead of a dewdrop notch, increasing the screen to body ratio. It still got the larger chin on the bottom but the major improvement from Realme 6i is the 90hz refresh rate capability on Realme 7i. It is now smoother and faster thanks to the animation and scrolling feel. But it is still in a 720P IPS LCD display which is still budget specs. The good thing is it has a large 6.5inch screen with a screen ratio of 20:9 making it taller.

Now inside, it is powered with Qualcomm Snapdragon 662 with 11nm architecture, Adreno 610 on the GPU with 8gb of ram and 128gb of internal memory. The chipset which we believe as we have seen on papers, that it is a downgrade on its gaming capability from Realme 6i–which focused on gaming, but, Realme 7i’s chipset was improved on multitasking, it now has faster UFS 2.1 storage compared to eMMC 5.1 on the Realme 6i.

Moving on, it is running on Android 10.0 with Realme UI on top, the UI feels smoother thanks to the 90Hz refresh rate plus fluid animation of its skin. It feels fast and seamless but expect the phone to be more battery consuming. However, the battery is still in a large 5000mAh with 18W fast charging capability, an all-day capacity.

while on the front, it has a hole-punch cutout housing a 16MP selfie cam. Here are the photo samples:

READ: As Realme Celebrates its Top Two Position, Realme 6 Drops to P10,990 Only

So overall the design is great, 90Hz refresh rate is ideal on social media browsing but in gaming, it is not the trending specs. Good thing they put it on the budget smartphone. There are improvements from Realme 6i to Realme 7i like the main cam which now has 64MP, it has a better display and faster storage.

Realme 7i will launch soon so better check Realme’s Facebook page for the live stream launch on October 21, 2020, at 6 PM.