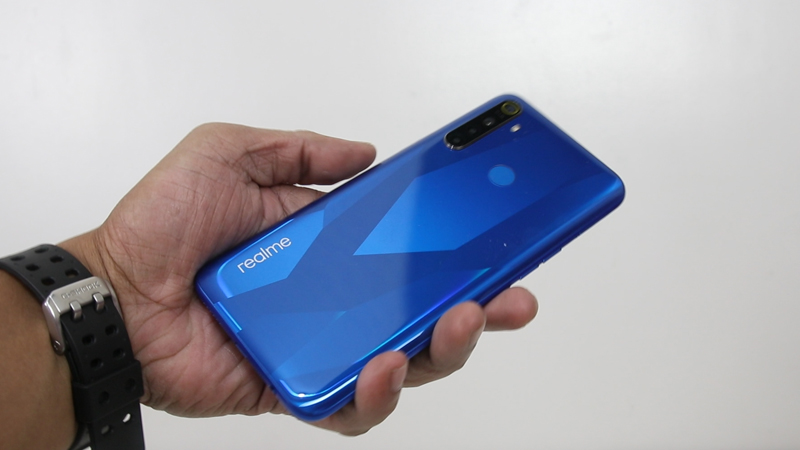 When Realme released its Realme 5 Series, the attention was all on the Realme 5 Pro. That’s why this time, we’re giving the Realme 5 non-pro variant a spotlight of its own with our unboxing and first impression. 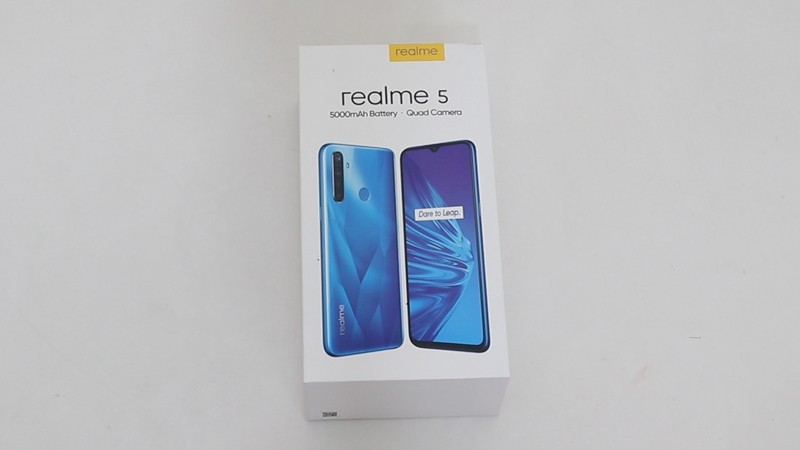 Like the Realme 5 Pro, Realme 5 comes in a regular-looking retail box. Inside the box reveals the device itself which we will dive into more later. There’s already a clear TPU case as the standard protection against bumps and scratches. The micro USB cable is paired with 10W standard charging adapter, sadly, no fast charging here. Aside from the SIM ejector pin, you have the manual that you never read. Unfortunately, there’s no bundled earphone here. 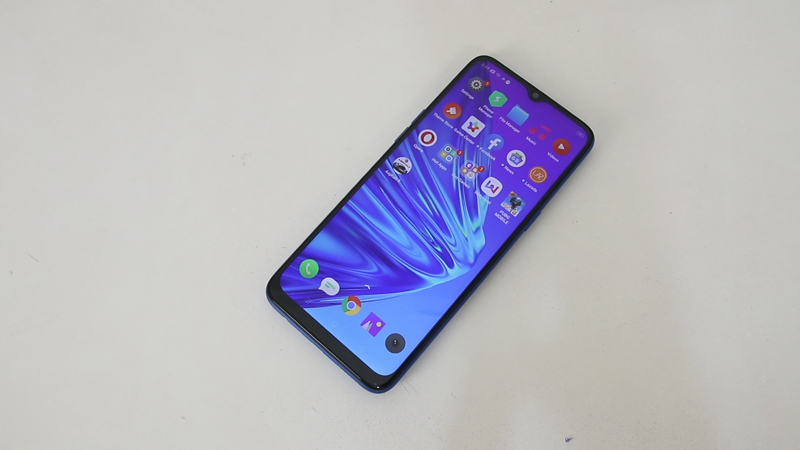 Our unit came with the Crystal Blue color instead of the Crystal Purple. The good thing about the Realme 5 is that it looks nearly identical to its more expensive sibling. And despite being the cheaper model, Realme 5 is a huge phone. It’s also thicker and heavier. Given the huge 5000mAh inside, it’s not surprising. We just hope reaching the fingerprint scanner on the back won’t be a task.

Powering Realme 5 is a large 6.5″ IPS LCD with Corning Gorilla Glass 3+. While 720p resolution is a bit low compared to today’s standards, the larger screen and lower battery consumption compensate for this. But we do have to point out the chin bezel is a bit thicker and the teardrop notch is still here. Nevertheless, you’re still getting a splash resistance out of this all-polycarbonate phone.

Realme 5 is using Snapdragon 665 that can be paired up to 128GB internal storage and up to 4GB RAM. There’s a dedicated microSD slot for media warriors, as well as a headphone jack that’s slowly disappearing in the background.

Now for the main feature — the quad-camera setup. Unlike the bigger sibling, Realme 5 is using a 12MP f1.8 main sensor for point-and-shoot. However, you still get the same 8Mp f2.2 ultrawide, 2MP f2.4 macro, and 2MP f2.4 depth. While on the front side, it makes use of a 13MP f2.0 wide selfie camera.

Seeing the Realme 5 in person, its competition out there is the OPPO A9 2020 that retails for P15,990 already. Would you like to see a comparison between the two? Let us know in the comment section. For now, Realme 5 is looking like another budget phone to beat.

How Artificial Intelligence Will Change the Future