This is the latest device that outputs the “perfect selfie” without breaking the bank.

This is the full review of Vivo V5 Lite.

The smallest sibling of the V5 series emulates much of the design language of an iPhone.

It’s a full plastic build this time to keep the Lite budget friendly. The rear facing camera is flushed left beside the LED flash.

The entire construction rounds out and curves to the front panel.

The usual button placements are found on the right side with the hybrid dual micro and nano SIM tray on the opposite end.

The bottom portion houses everything else from the speaker, micro-USB port, microphone and headphone jack. 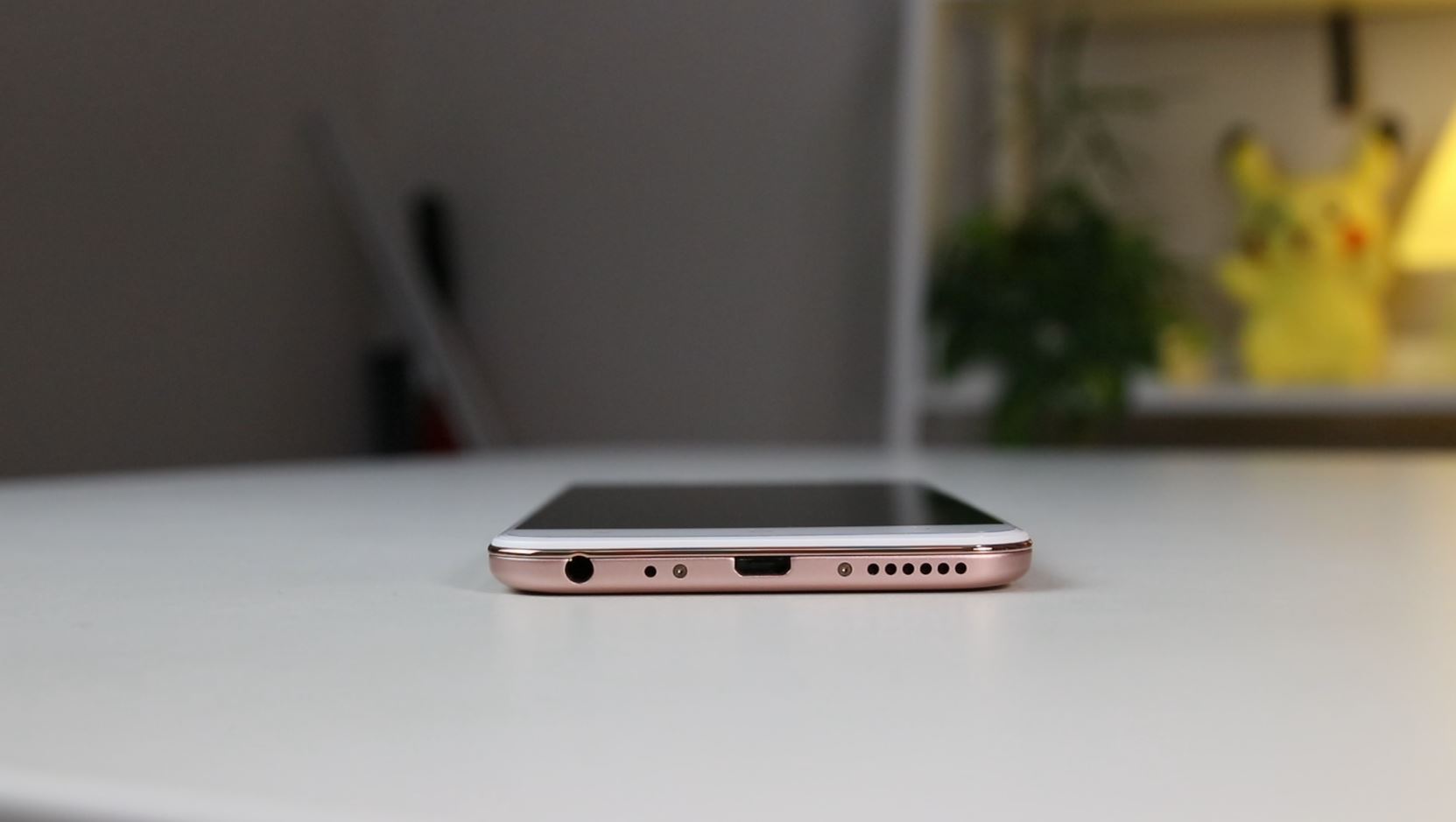 It’s just the same for the front panel with a flat glass protection underneath a pre-installed tempered glass protector. The selfie camera, sensors and earpiece are found up top whereas the non-back-lit capacitive navigation keys hover on the chin.

The V5 Lite is a back to basics selfie phone. Noticeably, with the absence of a fingerprint scanner.

It’s a cool tone overall with accurate color reproduction but you might find yourself having a bit of trouble when using it under direct sunlight.

The main shooter carries a 13MP sensor set at f/2.2 aperture which is expected to perform closely to the V5 model.

On outdoor shots, some images are noticeably white-washed but colors are on the natural side with good detail preservation.

Focusing will be a task in low light scenarios. The LED flash will aid in this aspect ever so slightly.

Video recording maxes out at 1080p resolution @ 30fps. Expect jello and wobbly results without either optical nor electronic image stabilization.

Fortunately for you the headliner 16MP lone selfie shooter tries to make up for what it lacks everywhere else in the photography game.

And the result – it’s more detailed, brighter and better compared to the OPPO F1s, for example.

Getting some extra help from the softlight flash works pretty well should you wish to play a little in the dark.

Running all your apps and games will be handled by the MediaTek 6750 chipset containing 1.5GHz octa-core CPU and Mali-T860 GPU. This goes along with 3GB of RAM and 32GB with option to expand.

The V5 Lite recorded a decent 41,080 points on Antutu Benchmark.

Based on Android Marshmallow, the FunTouch OS 3.0 bears a lot of similarity to the iPhone’s iOS except that…it’s Android.

The experience on daily tasks and apps are average or what is expected of the processor and the included RAM.

Graphic intensive games will result in laggy and slow processing as per usual low-end chipsets.

Despite the struggle to load a lot of physics and details in the game, it did not heat up that much.

The 3000mAh of the V5 Lite is, unexpectedly, resilient.

We were able to squeeze out more than 40hours of stand by time and 5.5hours of screen-on time. 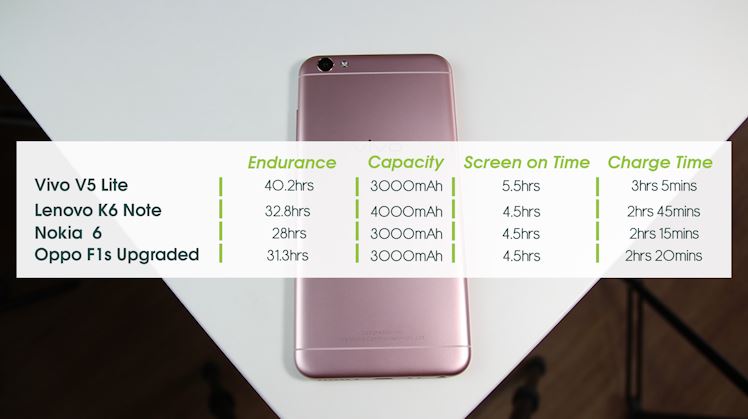 Which actually makes up for its 3-hours of charging time via the microUSB port.

The loudspeaker is a bit tinny to the ears but decently loud enough to enjoy music playback and even when watching movies.

It does not support hi-res audio playback, which is expected from a low-end device.

The Vivo V5 Lite set a new low price standard for all your selfie needs that comes with an unexpectedly resilient battery life – giving its sole competitor, the OPPO F1s, a run for its money.