The new galaxy Note 5 retains many of its beloved features, with additional improvements. From its premium metallic and glass frame, to an improved S-pen, as well as an octa-core Exynos 7420 chip.

The one most noticeable difference of the Note 5 to its predecessor is its curved back glass wrapped with metal frame, which was heavily influenced by Galaxy S6 and Galaxy S6 edge.

Samsung was able to utilize Exynos 7420 chip for the Note 5, similarly used for the Galaxy S6. With the Galaxy Note 5’s octa-core processor combined with a 32GB/64GB storage and 4GB RAM, top notch performance is sure to be expected. 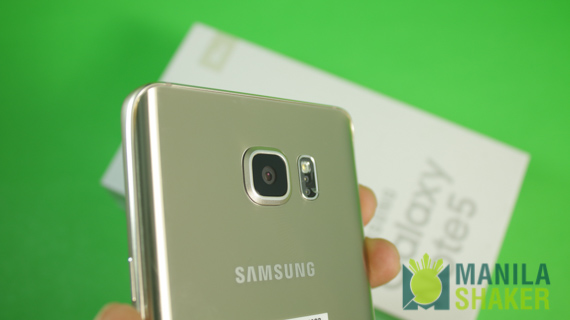 The company promises that there is an improvement to the note 5’s battery span, despite the decrease in battery capacity from 3200mAh to 3000mah. This is due to the 14nm chip. Which has proven to be more efficient in handling the Note 5’s power system.