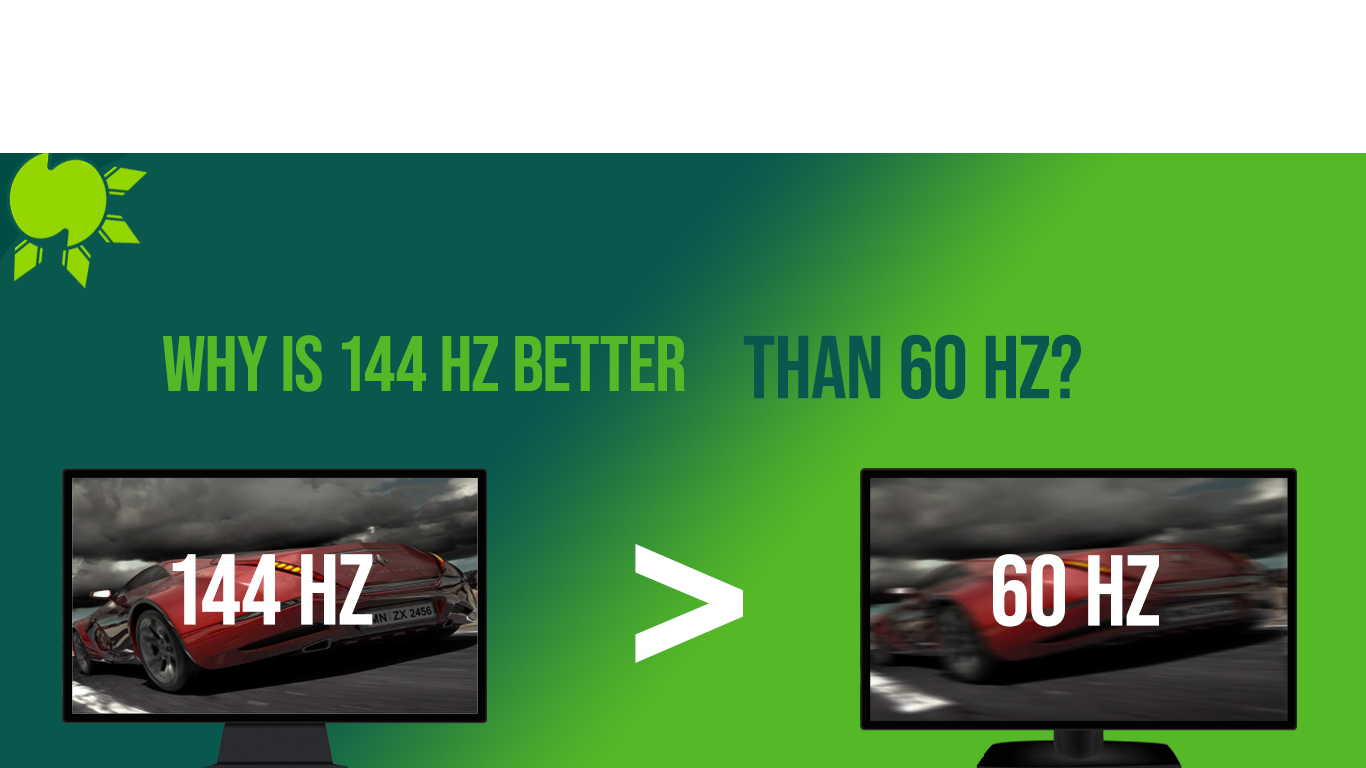 Monitors are bound in gaming-related nowadays, but that doesn’t mean it’s only for gaming. We’ve seen a lot of monitors in the market flashing off their 144hz feature and you’re wondering what it could mean and its benefits on why it is better.

If you have a thing for eye comfort and satisfaction then this is for you. Ever since televisions were invented, 30Hz refresh rate was the standard then as time passes by it became 60Hz, then companies have made 144hz a norm for monitors nowadays.

Playing video games today has taken the masses to its prime on entertainment and companies pushed the gaming experience more immersive and made a lot of features for entertainment.

In terms of gaming, as we play and enjoy our game we don’t want to compromise ourselves specifically on laggy games and smoother frame rates.

WHAT IS REFRESH RATE?

The refresh rate of the monitor means how many frames the monitor can handle in a second. We always hear the word FPS or Frames per second and it is the rate at which back-to-back images called frames to appear in a display and form moving imagery.

The video content we watch daily isn’t actually moving. They are, in fact, still images that play one after the other. When a video is shot at 30 frames per second, it means that 30 individual frames are played back in a second. They change at different rates in different mediums, depending on a variety of other factors.

With that kind of monitor refresh rate, your naked eye can see smoother and clearer results. It eliminates lag, screen tearing, and other monitor deficiencies.

If you’re a serious gamer, you should always play on a high-quality monitor with an optimized FPS. Otherwise, your opponent may be able to see faster and leave you in the dust, while frustrating glitches and tears may be the difference between victory and defeat.

Hence, playing for countless hours in front of a computer can damage our eyes and in the long run our eyesight and may develop complications.

144Hz is far superior to 60Hz in terms of viewing angle and eye comfort. The masses are going crazy on the monitor and you should get ahold of one.

If you want to know more about what monitor forms are great then you should check out our IPS Panel vs TN Panel here.