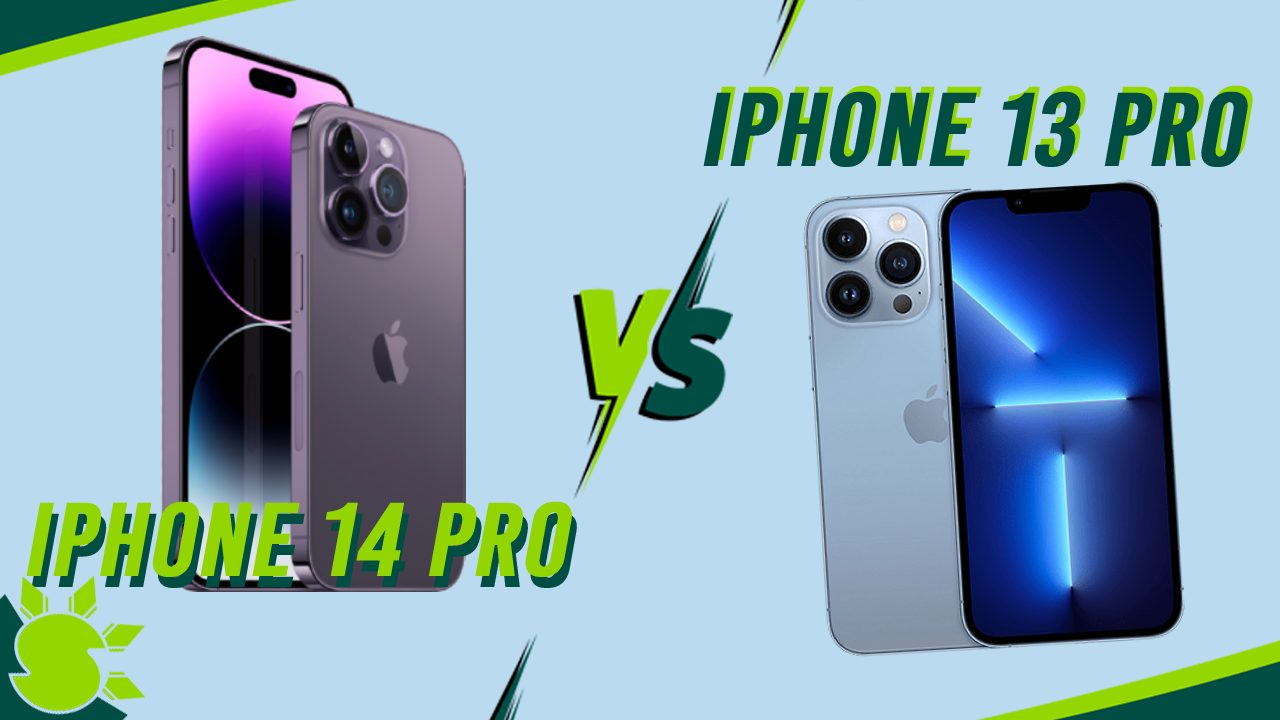 Apple just introduced the new iPhone 14 Pro, which is now available worldwide. Unlike the previous generation, there are some significant distinctions between this new model and the prior one. Elements of the design, as well as hardware components, cameras, and other features, alter. That is why many people are eager to compare the new iPhone 14 Pro to its predecessor, the iPhone 13 Pro, which is currently available at more cheap street rates. This is exactly why we chose to write this article: to compare the major specs of the iPhone 14 Pro and the previous iPhone 13 Pro. Given that everyone can tell which is the best simply by glancing at the titles, this comparison will focus on the differences rather than informing you which has the greatest components and the most advanced performance. 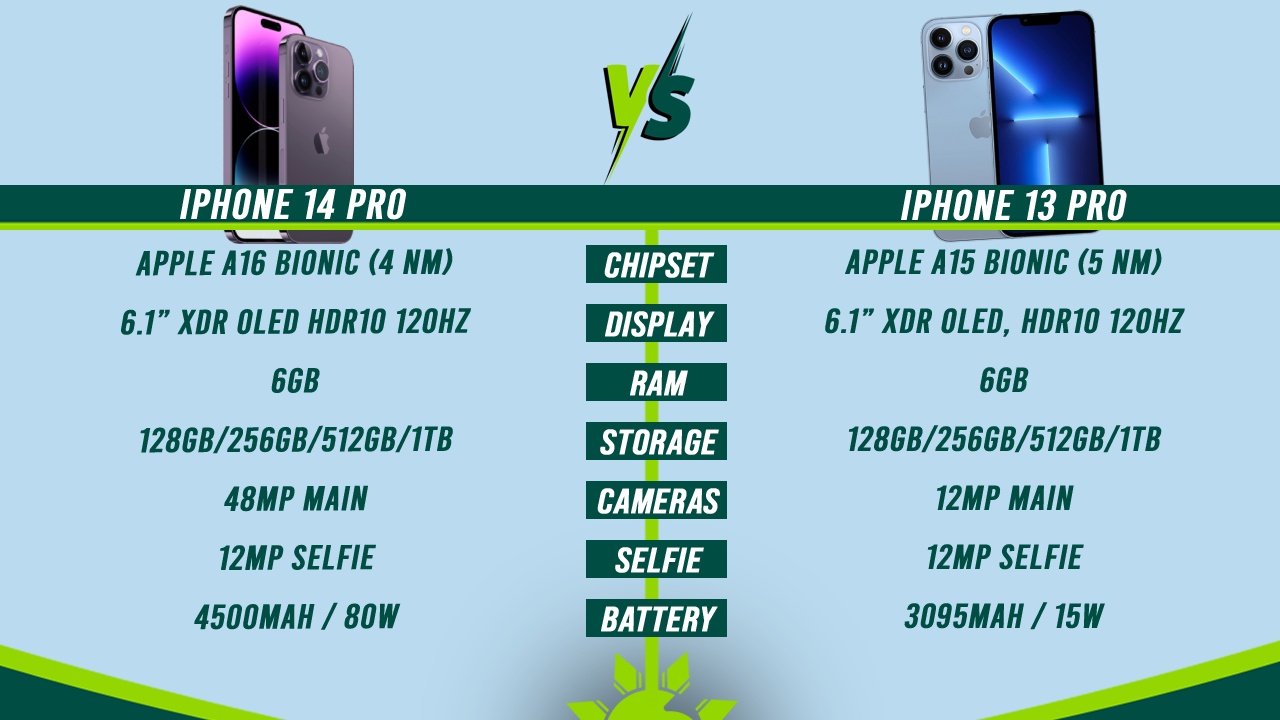 The design of the iPhone 14 Pro has significantly improved. The notch has been replaced with Dynamic Island, a pill-shaped hole in the display that houses 3D face recognition sensors and the front camera. Dynamic Island may also be used to display crucial information; it can function as a notification center or a tiny secondary display to make everything on the phone more visible. Instead, the iPhone 13 Pro’s notch serves no use in the phone’s display. The iPhone 13 Pro, on the other hand, is somewhat more compact and thinner due to its smaller battery. For the most part, these two gadgets are comparable: the camera modules are similar, and even the remainder of their bodies are similar.

The screens on these two phones are nearly identical, and they have nearly identical specs. They have a size of 6.1 inches, a Full HD+ resolution of 1170 x 2532 pixels, a refresh rate of 120 Hz, HDR10 certification, and Dolby Vision compatibility. The only significant difference between these screens is the brightness: the iPhone 14 Pro can reach 2,000 nits, while its predecessor can only reach 1,200 nits. Unlike Android phones, these phones do not have fingerprint scanners for authentication. Instead, they use Face ID technology to provide 3D face identification. As previously stated, the Face ID sensors are located in Dynamic Island, which is located prominently on the upper portion of the display.

The iPhone 14 Pro even comes with a better camera. Its primary sensor boasts a resolution of 48MP, making it the first 48MP sensor ever seen on an iPhone, and it supports OIS and phase detection focusing. The iPhone 13 Pro, on the other hand, sports a 12MP primary camera. These phones include the same secondary sensors: a 12MP ultrawide lens and a 12MP ultrawide camera, as well as a TOF 3D LiDAR scanner (but with different focal apertures). The front cameras also have the same 12MP sensor with a different focal aperture.

The iPhone 14 Pro has a larger battery (3200mAh vs. 3095mAh on the iPhone 13 Pro). It delivers greater battery life in conjunction with the more efficient 4 nm chipset. The charging technologies are the same, including MagSafe, which may be used to connect external peripherals like battery cases.