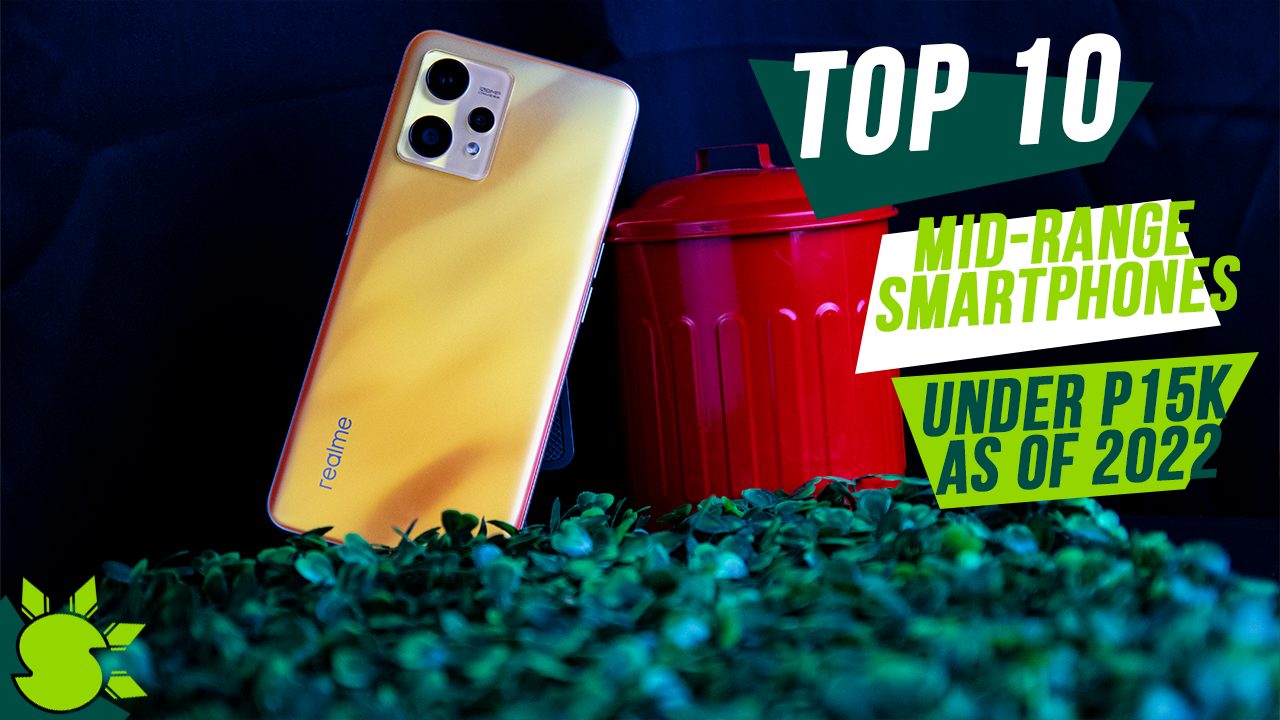 Top We are in the third quarter of 2022, and we know that you’re looking for mid-range smartphones with a price-to-value ratio that cost Php. 15,000 and below. We made a list of smartphones, may it be for photography or gaming, and this is our pick of what we think is worth buying for under 15k as of 2022. 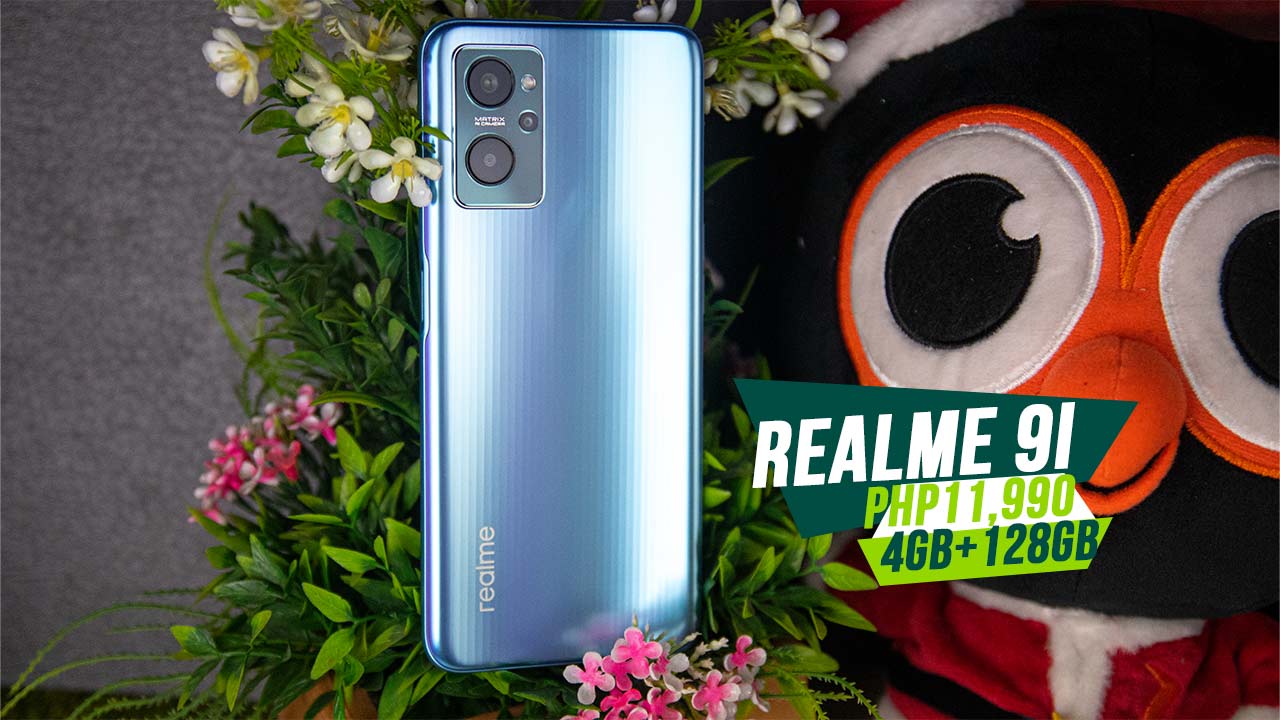 First on our list is the realme 9i. The Realme 9i was launched back on the 4th of May 2022. It has a Stereo Prism design with a large 6.6-inch 1080p LCD display with FHD+ resolution paired with a 90Hz refresh rate. It has a triple camera setup consisting of 50MP main, and 2MP for both macro and depth while 16MP on its selfie camera. The Realme 9i is powered by Android 11, slapped with Realme UI 2.0, and features a Qualcomm Snapdragon 680 with an Adreno 610 GPU, and 4GB of RAM. It has a 5000mAh battery combined with a 33W of fast charging. Obviously, this is one of the smartphones that can bring a gaming experience at mid-level graphics settings. The Realme 9i is priced at Php. 11,990 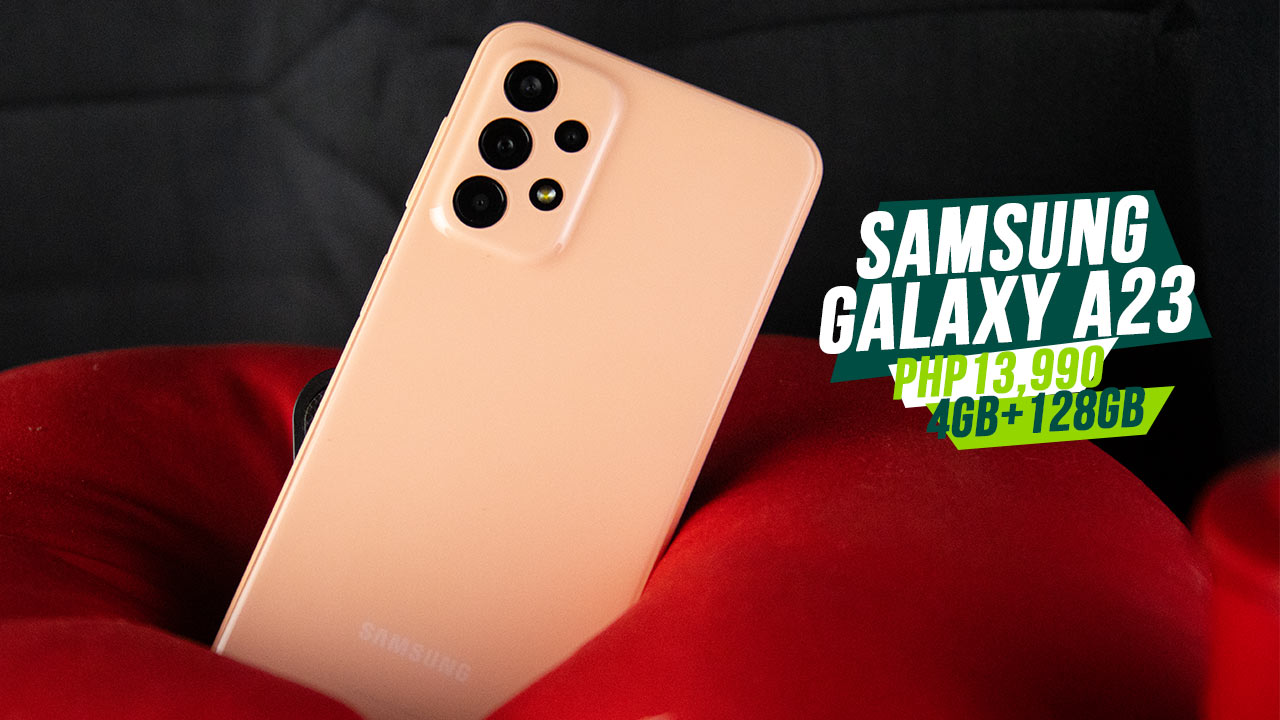 When it comes to budget and high-quality smartphones, Samsung can’t be out of the conversation. This is the Samsung Galaxy A23; it was launched last March 04 2022 and is priced at PHP13,990. It offers a 6.6-inch PLS LCD display paired with a 90Hz Refresh Rate. It runs on Android 12 packed with One UI 4.1 OS. You also get Corning Gorilla Glass 5 protection for its display. It is powered by a Qualcomm SM6225 Snapdragon 680 4G with an Adreno 610 GPU. Its configuration is 128GB of expandable storage with 4GB of RAM that can be upgraded up to 6GB of RAM. It also has a 5000mAh battery paired with a 25W of fast charging. The Samsung Galaxy A23 has a Quad Camera Setup on the main, 50MP Wide, 5MP Ultra-Wide, 2MP Macro, and 2MP depth while 8MP on its selfie camera. It will be a good buy if you want a premium look of a smartphone with powerful specs that can bring high-end graphics for gaming.

We have another realme smartphone on the list. The Realme 9 4G is one of the best smartphones that you can buy at the moment. Because after it was released by Realme on March 14, 2022, smartphone users were shocked by its specs. From its 6.4-inch FHD+ Super AMOLED display paired with a 90Hz refresh rate and 360Hz touch sampling rate. 8GB of RAM, which can be expanded up to 5GB plus the 128GB internal storage. It runs on Android 12 paired with Realme UI 3.0 OS. It also has an excellent triple camera setup with a 108MP wide, 8MP ultra-wide, and 2MP macro sensor. It also offers decent performance when it comes to gaming thanks to its Snapdragon 680 4G chipset packed with an Adreno 610 GPU. It also has 5000mAh of built-in battery combined with a 33W of dart charging. Despite not having a 5G connectivity, the realme 9 4G still offers valuable specs for its price. 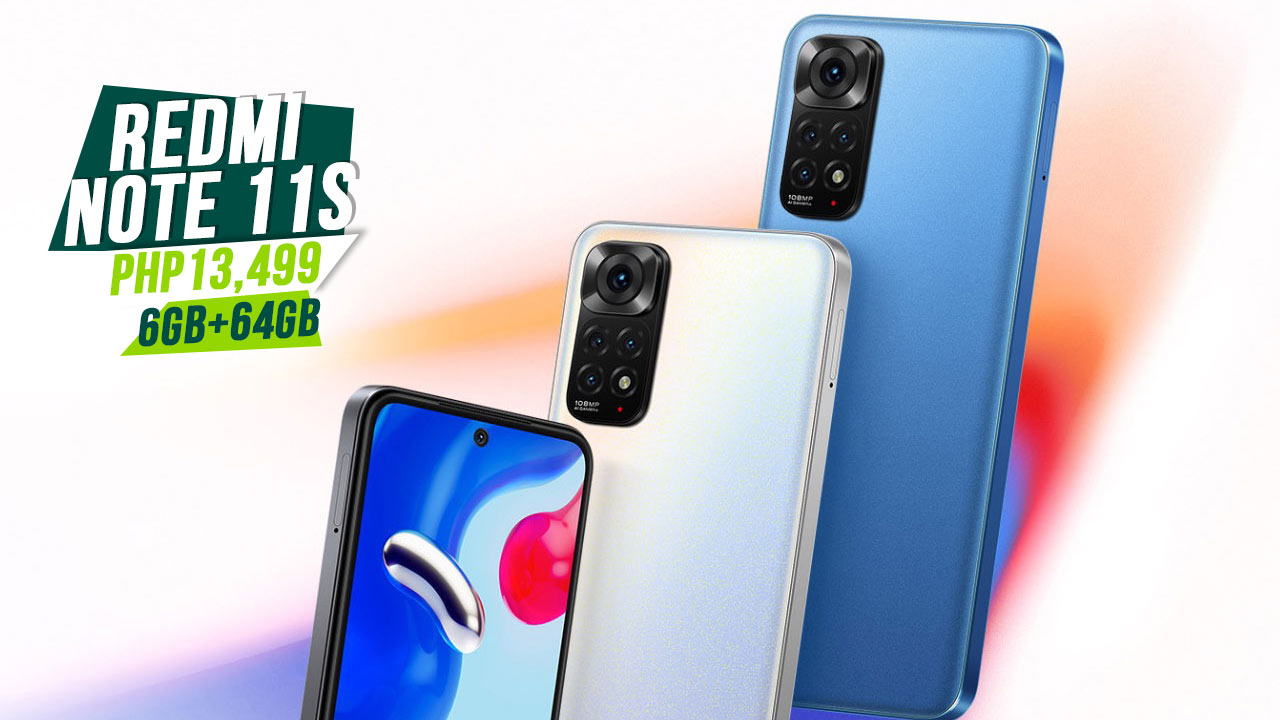 This is our first Xiaomi smartphone on the list, the Redmi Note 11S. This phone is one of the best Mid Range phones they have released as of now. It has an FHD+ AMOLED display paired with a 90Hz refresh rate protected by Corning Gorilla Glass 3. It also has a ferocious main Quad Camera setup consisting of 108MP wide, 8MP ultra-wide, 2MP for both macro and depth, while a 16MP on its selfie camera. It is run on an Android 11, packed with MIUI 13 OS, and powered by Mediatek Helio G96 chipset with Mali-G57 MC2 GPU. Considering the specs that it offers at this price point Redmi Note 11S is surely a banger in the midrange market. 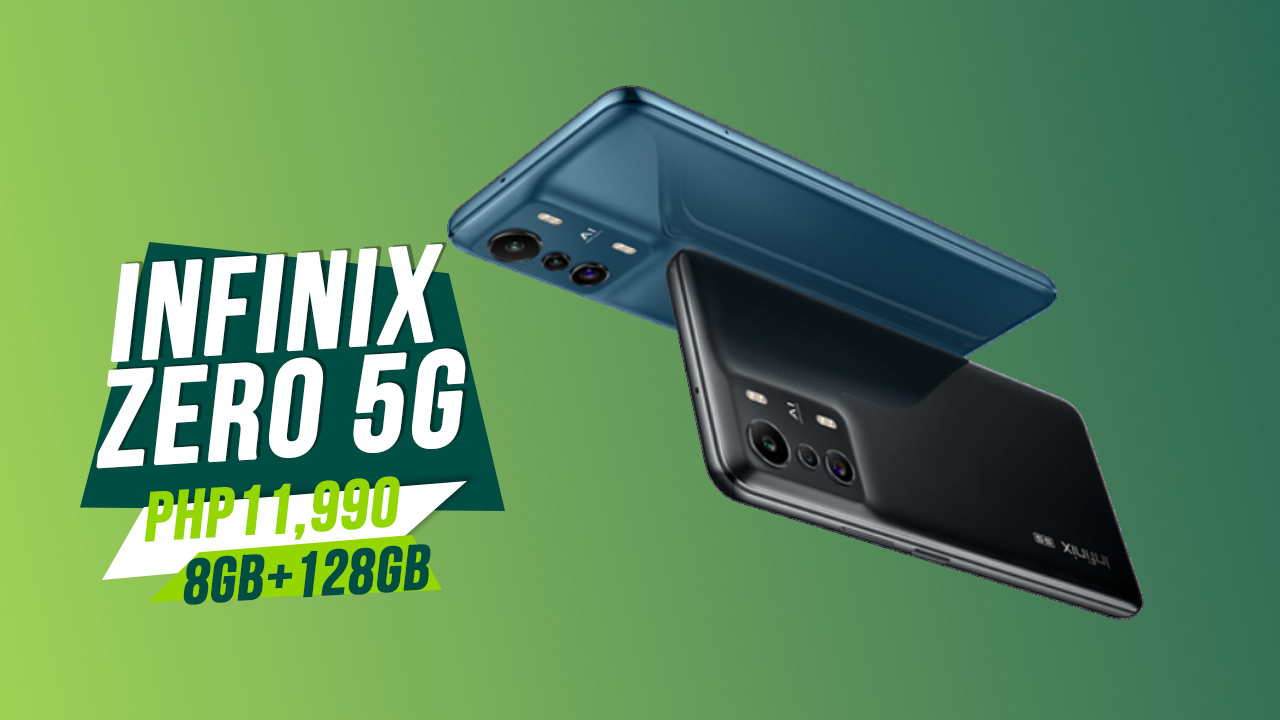 When talking about Infinix, budget smartphones that offer good specs are the first thing that comes up to our mind. On March 28, 2022, the Infinix Zero 5G was released. It has an FHD+ IPS LCD panel paired with a 120Hz refresh rate. It has 8GB of RAM with 128GB of internal storage along with a dedicated slot for expandable storage. It has a huge 5000mAh battery with 33W of fast charging. It runs on Android 11 packed with XOS 10 and is powered by a MediaTek Dimensity 900 chipset with Mali-G68 MC4 GPU. Despite it having an Android 11, it is mentioned by the CEO of Infinix, Anish Kapoor, that the Infinix ZERO 5G will be one of their smartphones to receive an Android 12 update by august of 2022. When it comes to its camera, it has a 48MP-wide, 13MP telephoto, and 2MP bokeh lens along with a quad-LED flash, while you also get a 16MP wide on its selfie camera. 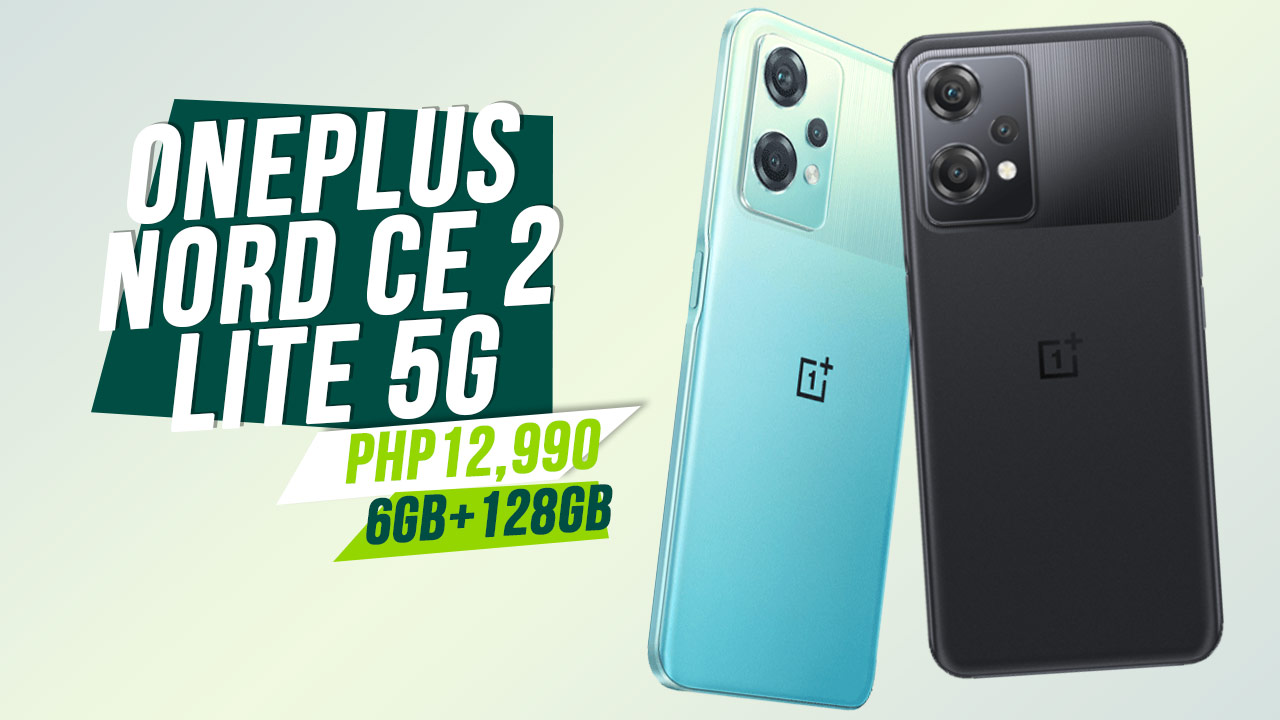 If you’re looking for a premium vibe smartphone on this list, I think OnePlus has what you’re looking for. OnePlus launched a smartphone last June 30 which is the OnePlus Nord CE 2 Lite 5G. Not only that it has an impressive appearance; it also comes with great specs. The OnePlus Nord CE 2 Lite 5G has an FHD+ IPS LCD panel with a 120Hz refresh rate. It is powered by Qualcomm Snapdragon 695 5G chipset and Adreno 619 GPU. The triple camera setup consists of a 64MP wide, 2MP ultrawide and 2MP macro while it has 16MP on the selfie camera. 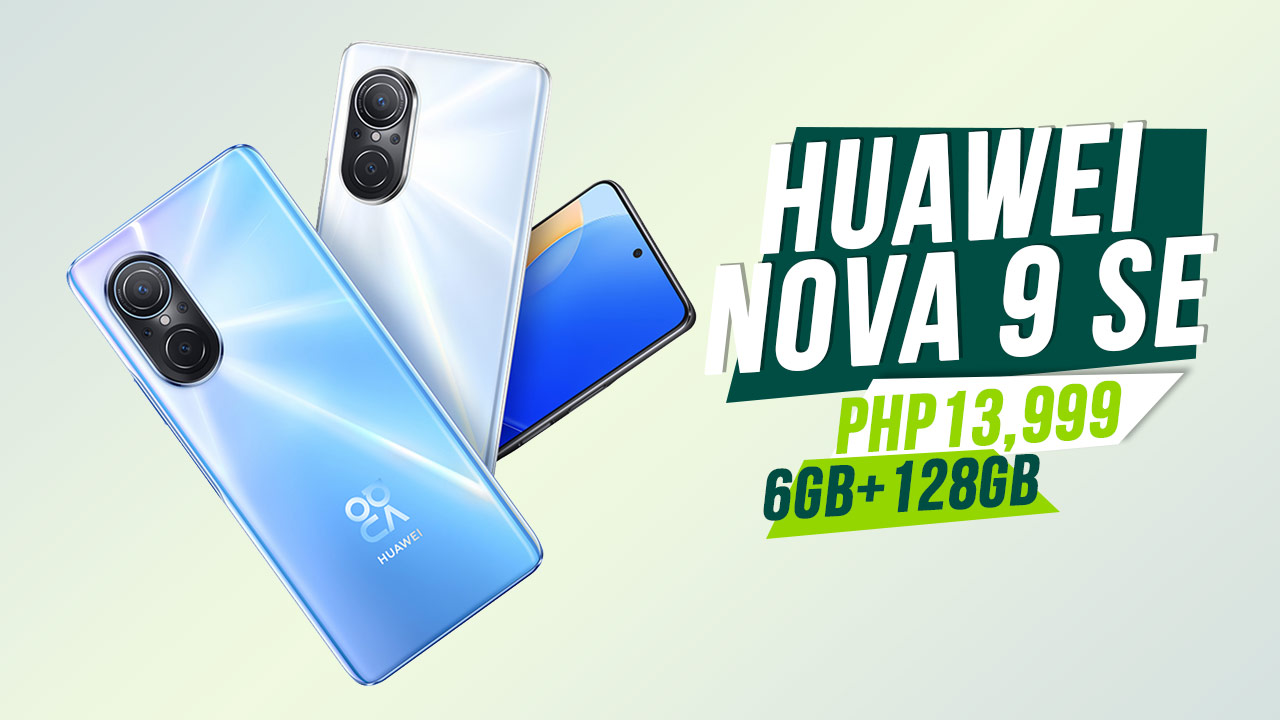 Next on our list is Huawei Nova 9 SE and it is designed for photography. Way back on the 16th of March 2022, the Huawei Nova 9 SE was launched. The reason why I said that it’s for trendsetters, is because of its fascinating looks. It has 3 color variants which are Crystal Blue, Pearl White, and Midnight Black. The HUAWEI nova 9 SE has an FHD+ IPS LCD panel. It is powered by an Android 11 paired with an EMUI 12 OS.
As I’ve said earlier, it is also designed for photography. It has an enormous 108MP-wide, 8MP ultrawide, and 2MP for both macro and depth. Although it is designed for photographers and trendsetters, they have not left its performance when it comes to gaming as it has Qualcomm Snapdragon 680 4G coupled with Adreno 610. Despite it having a 4000mah battery which is quite small considering its price, it still offers 66W fast charging so juicing up the device won’t be much of a problem. 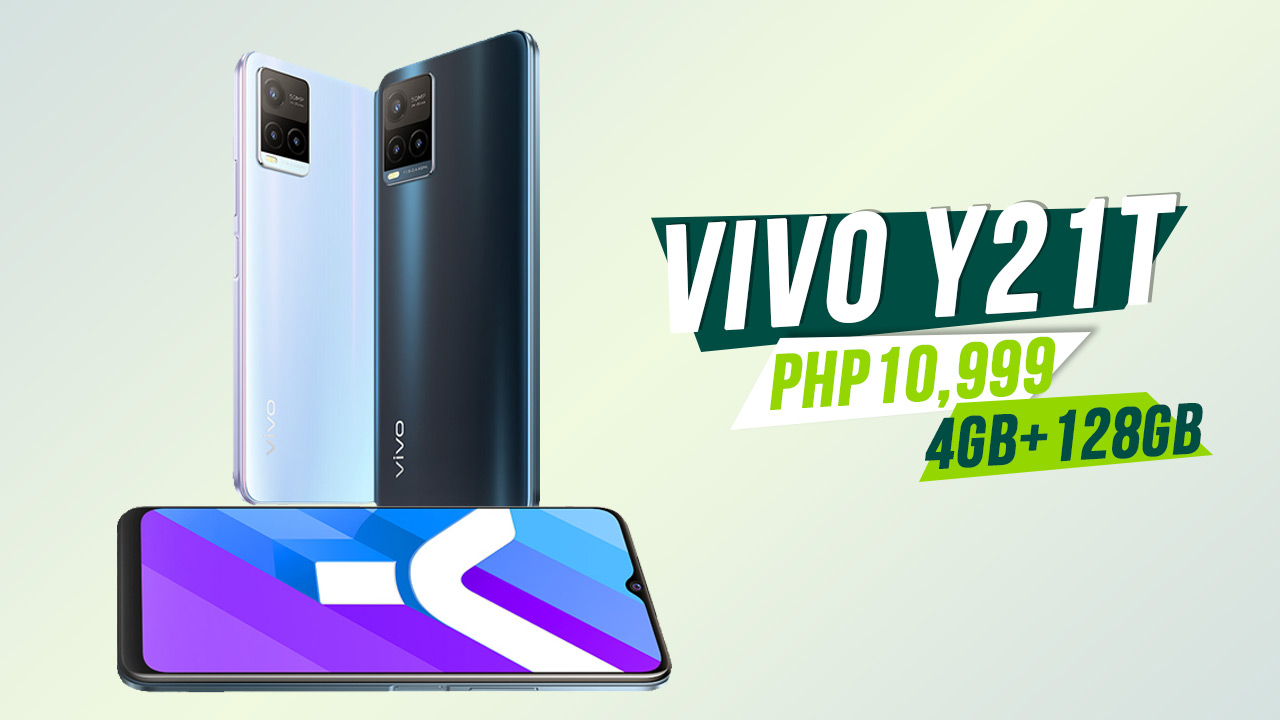 Vivo is one of the in-demand brands when it comes to quality budget smartphones. Back on the 18th of February 2022, they released the Vivo Y21T. This smartphone has 4GB+1GB RAM expansion and 128GB internal storage with a dedicated slot for expandable storage. It runs powered by an Android 11 along with Funtouch 12 OS. Just like the Huawei Nova 9 SE, it is also giving you a fascinating look. It offers an HD+ IPS LCD display with a 90Hz refresh rate. On its camera, it has a 50MP wide, 2MP macro, and 2MP depth while an 8MP wide on the front. As for gaming performance, it is quite good for mid-range levels thanks to the Qualcomm Snapdragon 680 4G chipset and Adreno 610 GPU. It also comes with a 5000mAh battery with 18W of fast charging that can fill its battery in up to 3 hours. 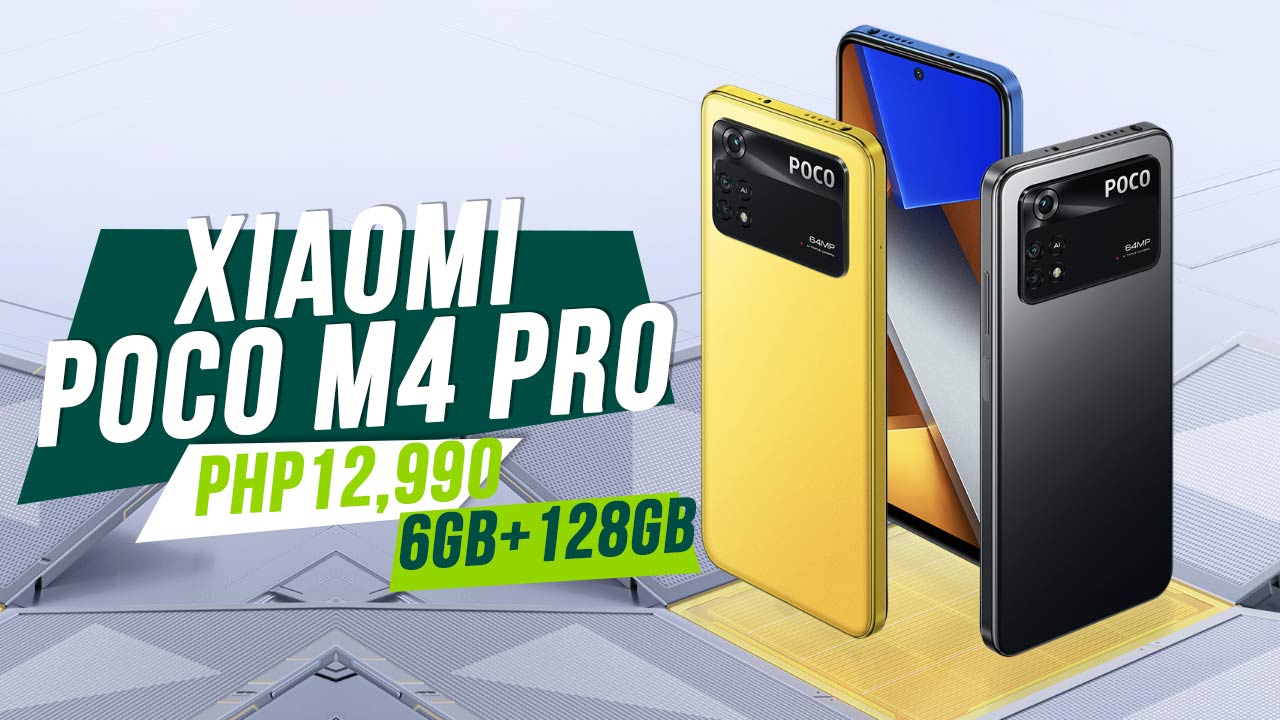 POCO M4 Pro 4G is a mid-range smartphone that can keep up with other brands; it showcases an FHD+ AMOLED display with a 90Hz refresh rate and is protected by Corning Gorilla Glass 3. The Xiaomi Poco M4 Pro has a triple camera setup, 64 MP wide, 8MP ultrawide, and 2MP macro while 16MP on the selfie camera. It is run on an Android 11 pack with MIUI 13 OS for POCO. It can give you decent gaming performance because of its 6GB of RAM with 64GB of internal storage with a dedicated slot for expandable storage. It also offers other variants (6GB+126GB, 8GB+128GB & 8GB+256GB). It is also powered by a Mediatek Helio G96 with a 12nm chipset and Mali-G57 MC2 GPU. It has a 5000mAh battery paired with a 33W of fast charging. 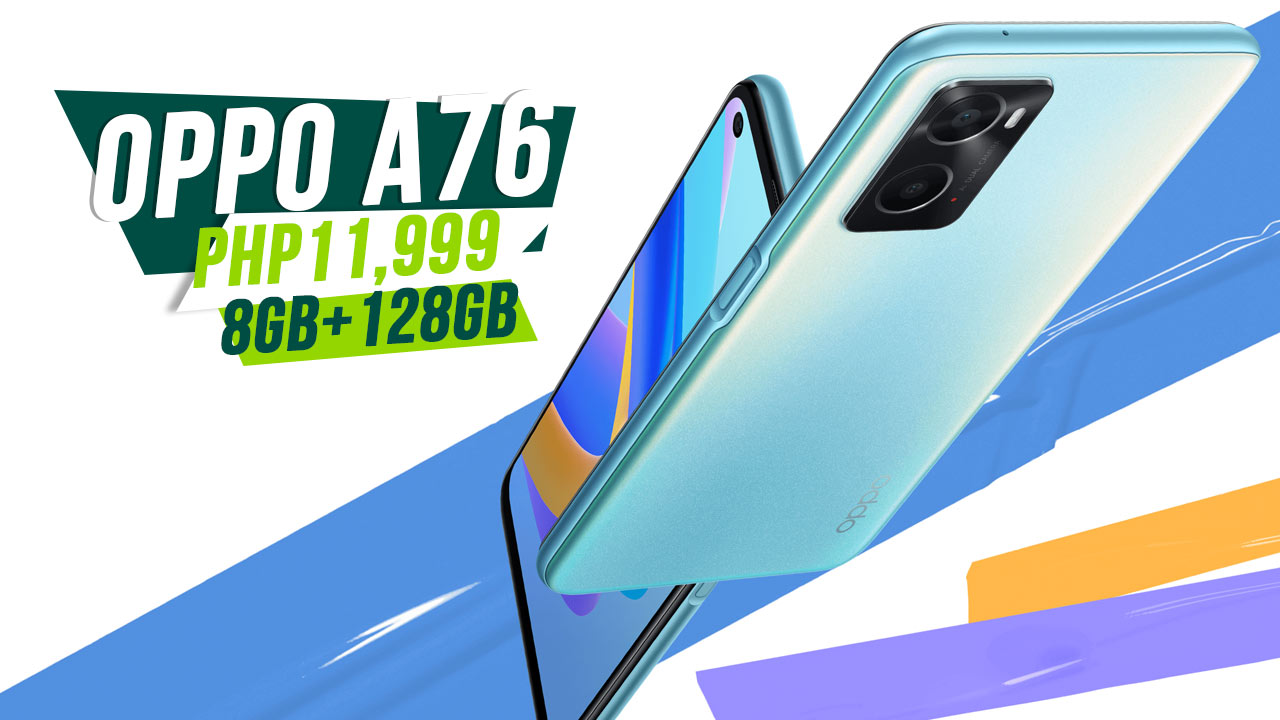 And our last entry on this top 10 is the Oppo a76. It was launched on the 7th of March 2022. This mid-range smartphone has a 6.56-inch HD+ display with a 90Hz refresh rate. It runs on Android 11 with Color OS 11.1 on top. It has 8GB of RAM with ram expansion up to 5GB and 128GB of internal storage with a dedicated slot for expandable storage. It only comes with a Dual-camera setup, 13MP wide, and 2MP depth, while in the front is an 8MP selfie camera. It is powered by a Snapdragon 680 chipset and Adreno 610 GPU. It also has a 5000mAh battery with 33W of superVOOC fast charging.

There are a lot of new Mid-range Phones on the market that you can choose from today. Most of these smartphones sport a Snapdragon 680 chipset, so it’s up to you to match that chipset to your preferred looks, cameras, or even display. But as of now, this is our top 10 Mid-range smartphones that we think are worth buying.