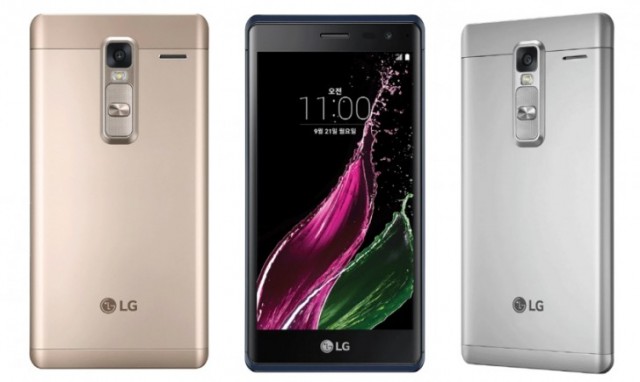 Recently, LG introduces its upcoming new phablet to hit the Korean market, the LG Class. The Class looks good with its unibody metal construction and when paired with its features, kinda is reminiscent of Samsung’s Galaxy A series, which is quite a shocker.

The LG Class can be of either gold, silver or black, which by the looks of the images, gold shows a bit more sophistication than the other variants, at least for us anyways. The LG Class packs a 5-inch 720p IPS touchscreen display, combined with a 2.5D curved glass, a 13MP rear shooter, an 8MP selfie shooter, 2GB of RAM and 16GB of expandable storage. The LG Class also has connectivity features of 4G LTE support, WiFi, bluetooth, GPS, NFC support and packs a 2,050mAh battery. The LG Class upon launch, should be powered by Qualcomm’s Snapdragon 415 and should run at an Android 5.1 Lollipop.

The LG Class phablet will initiate availability in Korea, which will be priced at KRW 399,300 or roughly Php 15-17K, though, LG is yet to announce whether the LG Class will be available on other markets.