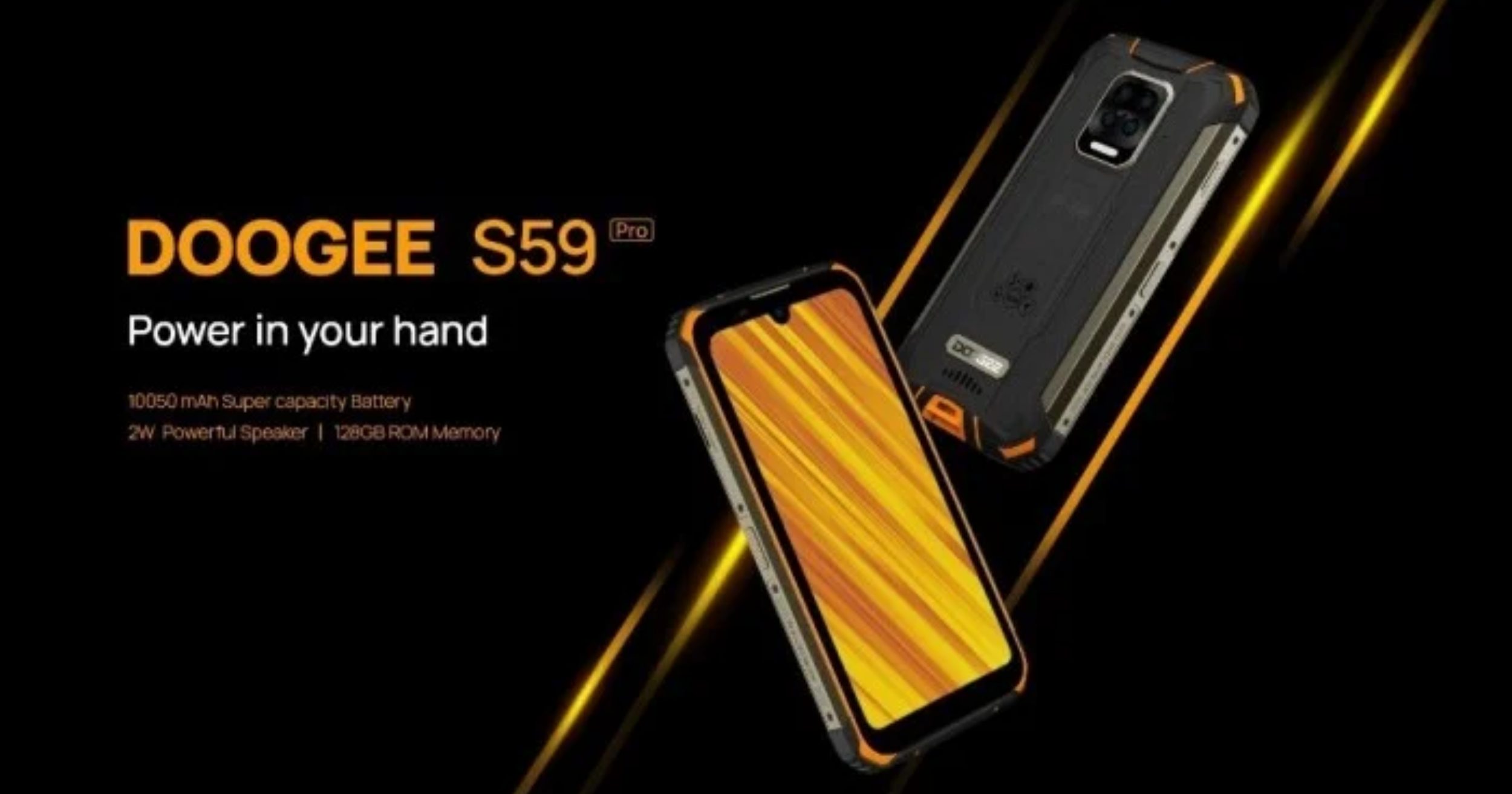 DOOGEE may not be a common player in the smartphone space, but it’s definitely a popular brand in its homeland, China. On December 15th, the smartphone maker is set to debut the Doogee S59 Pro — its flagship rugged smartphone with a retail price of $199.99(~Php9,600). And for that price, aside from an incredibly durable build, you’re getting perhaps the largest battery and most powerful speaker on a mobile device.

Similar to Samsung’s Active phones, the S59 Pro has a thick and rugged enclosure that’s built around the device. This allows for drop protection as well as IP68 water and dust resistance and IP69K. Ensuring you got plenty of juice for several days is the massive 10050mAh battery, almost twice the capacity of 6000mAh phones like Realme C15 and POCO M3. We can’t say for sure, though, how high the charging rate is. We’ll have to wait for the official announcement tomorrow.

As for the rest of the S59 Pro, it’s using a small 5.71″ HD+ display and an entry-level Helio P22 chipset. It’s paired with 4GB RAM and 128GB storage. There’s a 2W speaker that should make it loud than most mobile speakers out there. Lastly, there are four cameras on the back — 16MP AI Samsung lens, 8MP ultrawide, 8MP macro, and 1MP depth.