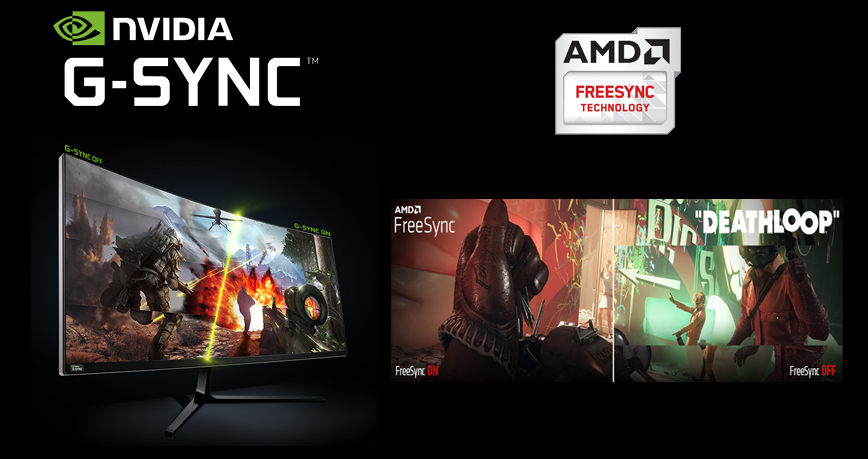 Monitor industries are taking everything on a competitive level in terms of having AMD FreeSync or Nvidia Gsync. They can’t have both that’s why they are being bought to advertise it and infuse it on their monitors.

The majority of monitors nowadays are AMD FreeSync and it means that the FreeSync technology in select AMD GPUs (Graphics Card) resolves the communication issues between processor and monitor, eliminating image tears and choppiness for effortlessly smooth gameplay.

Meanwhile, Nvidia Gsync is a type of display technology that is used in certain PC monitors, gaming laptops, and televisions to combat screen tearing, stuttering, and juddering, particularly during fast-paced games or video. G-Sync is only available when the display is connected to a system equipped with a compatible Nvidia graphics card (including third-party branded ones).

SO WHY DOES IT MATTER?

Monitors with exclusive features such as the FreeSync/Gsync will enhance the monitor’s capabilities. It will help on all issues in terms of lag, stutter, and accurate color projection.

They both have the same use but they only work when you are using the same kind. For example, I have an Nvidia RTX 3080 GPU it only means that I can use it to activate the Nvidia Gsync feature on the monitor that I have, same goes for the AMD FreeSync, it only works if I have an AMD RX 5700XT GPU or any other AMD infused GPUs

Nvidia’s G-Sync technology operates via a built-in chip in the monitor’s design. FreeSync manages the refresh rate of the monitor using the Adaptive-Sync standard built into the DisplayPort standard, resulting in a performance difference.

Take note: You can choose any monitor you want even if you have an AMD GPU and use it on a Gsync monitor but without the Gsync feature. Same goes for Nvidia, I can still use AMD Freesync monitor but can’t access the Freesync feature and it will work just like any other monitor.

If performance and image quality are your top priorities when selecting a monitor, G-Sync and FreeSync equipment are available in a wide range of configurations to meet almost any requirement. The primary distinction between the two standards is the amount of input lag or tearing.

If you don’t mind tearing and want low input lag, the FreeSync standard is a good fit. G-Sync-equipped monitors, on the other hand, are a better choice if you want smooth motions without tearing and are fine with minor input lag.

Both features are great with their different strengths and weaknesses. If money is not a problem then going with Gsync can never go wrong.

Choosing from one monitor to another is such a hectic decision making but weigh in your use of the product and options and from then on, you can decide which is better.