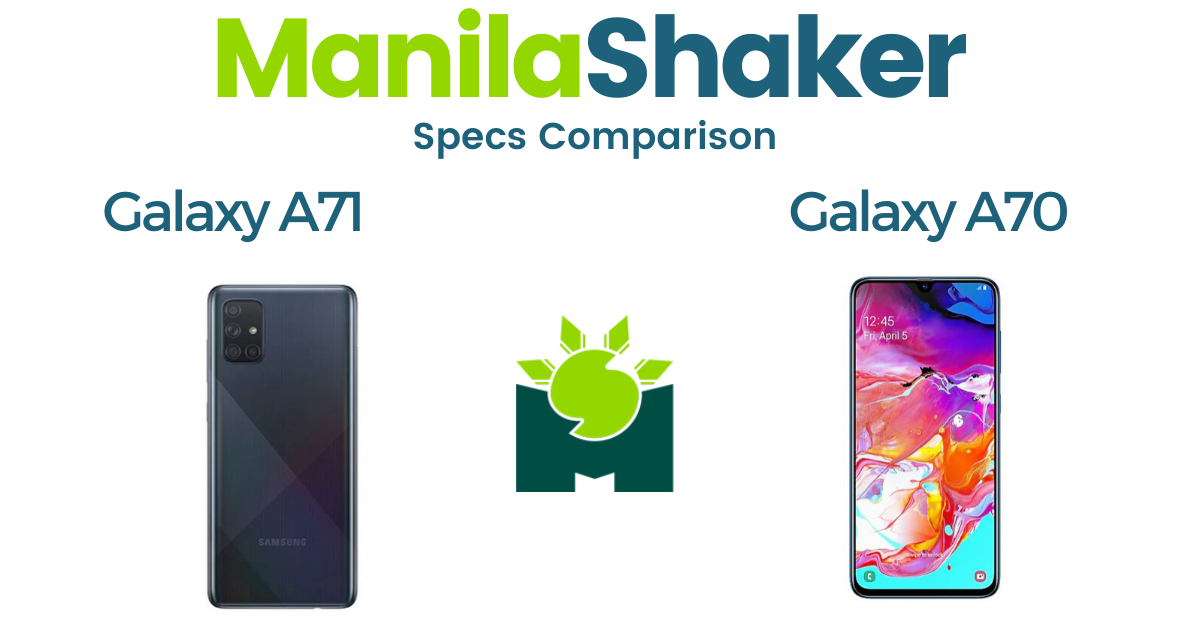 The true successor to the mid-range Samsung Galaxy A70 has been released already, and it’s the Galaxy A71, not the refreshed Galaxy A70s. Now that the specs have been revealed, is there a big improvement?

Samsung Galaxy A71 and A70 Differences

Advantages of Galaxy A71

Advantages of Galaxy A70

Galaxy A71 and Galaxy A70 Similarities

Which is a better buy between the Galaxy A71 and A70?

For the most part, the Galaxy A71 will feel like it’s still the Galaxy A70. The screen is still 6.7″ and the material used is still glass-tic. However, it’s slightly thinner at 7.7mm and lighter at 179g. While the geometric hue finish on the back is significantly changed, when compared to the A70s, it’s not a whole lot different. Going back to the screen, it’s still the same Super AMOLED with Corning Gorilla Glass 3. The teardrop notch is now replaced by a pinhole camera. This move ever-so-slightly increases the screen-to-body ratio from 86% to 87%. Regardless, it’s a negligible difference.

The biggest difference lies in the chipset. The A71 now uses a more capable Snapdragon 730. This means you should be able to play the most popular games with relatively high frame rates. The Snapdragon 675 of the A70 was just enough for productivity tasks but not really made for moderate gaming. And with the shrink in processing node, from 11nm to 8nm, battery efficiency and thermal management should be better.

Software-wise, the latest mid-range phone comes with Android 10 with One UI 2.0 out of the box. It runs on 8GB RAM with 128GB internal storage to use.

The A70 features 32MP triple cameras while the A70s received an upgrade by replacing the main sensor with a 64MP lens. For the A71, it adds another sensor dedicated to macro photography. Another 5MP is still present for improved bokeh effect but the ultrawide sensor is now 12MP f2.2, previously 8MP. Unlike the main cameras, the selfie camera is still the same with only a smaller f2.2 aperture. This means you still get the same quality out of the 32MP sensor except with lower light sensitivity.

4500mAh battery and 25W fast adaptive charging. Nothing changed here. On the bright side, the smaller process node and software optimization of Android 10 should bring better battery performance.

There are slight improvements on the Galaxy A71 when coming from either the A70 or A70s. But the real upgrade here, should you choose to switch, is the performance. The predecessors’ SD 675 was just slower compared to the competition when it launched. Although that’s still the same case with the SD 730, it’s a more balanced chipset that can last at least one more year.