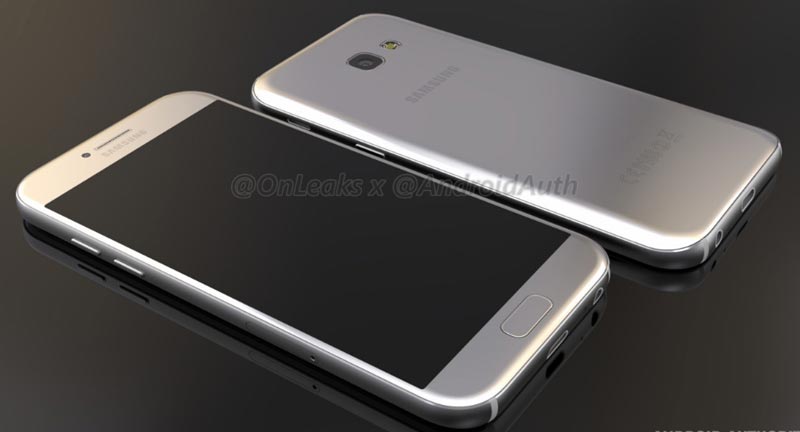 Renders of the Samsung Galaxy A5 2017 were obtained through the collaboration of @OnLeaks and Android Authority and gives us a handful information regarding the new version of A5.

The Galaxy A5 2017 is a mid-ranger for next year and inherits the design of the Galaxy S7 based on the renders. The upcoming mid-range device is said to be at 5.2″ 1080p display with a thicker body(half a millimeter, 7.88mm) compared to previous A5 version, most likely due to its 3000mAh battery. Moreover, some noticeable changes on the renders show that the speaker is located on the top-right side of the device, headphone jack at the bottom, USB Type-C port, SIM tray and by the looks of it, might be made up of metal and glass.

Its internal specification indicates in the previous leaks that it runs under Exynos 7880 octa-core processor, 3GB RAM, Mali-T860MP4 GPU and Android Marshmallow 6.0. The Samsung Galaxy A5 2017 is expected to launch around December 2016. So far this is the only details so stay update here for the latest news.

What do you think of the new Galaxy A5 version? Let us know your thoughts in the comment section below.