In case you missed it, realme recently unveiled its first-ever digital billboard featuring none other than entertainment royalty Kathryn Bernardo in 19 major locations nationwide for the #realmeMyNumber1 campaign.

Through the #realmeMyNumber1 campaign, the brand aims to celebrate its success in the industry and create a movement where the Squad can express why realme continues to be their no. 1 choice.

“We are eternally grateful to our Squad: our fans, stakeholders, employees and industry partners for making realme their number 1 choice. This inspires us to continue outdoing ourselves by bringing more cutting-edge product innovations, a wider network of channels and stores, as well as stronger industry presence through disruptive campaigns,” shares Austine Huang, realme Philippines’ VP for Marketing.

As part of the campaign, realme is launching a social media giveaway where lucky participants can get the chance to win exciting realme prizes. All they have to do is spot any one of the realme billboards nationwide from April 26 to May 2, take a selfie with it, and post the photo across social media publicly with the hashtags #realmeMyNumber1 and #ICapturedKathrynAt with the specific location.

The billboard locations are as follows: 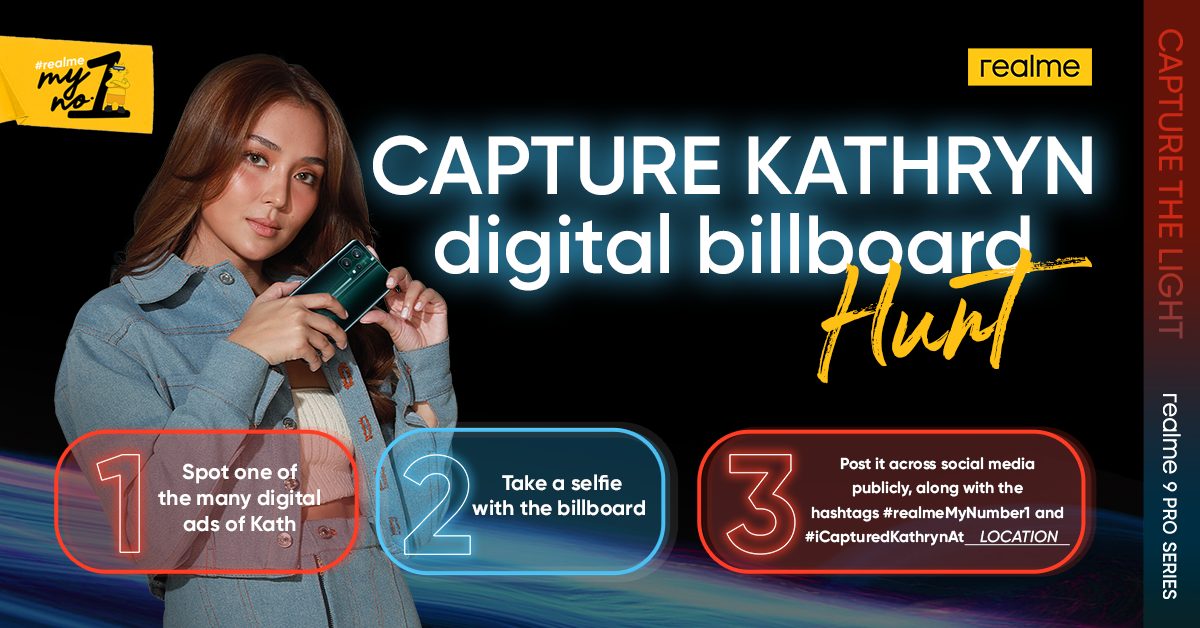 Moreover, other initiatives as part of the celebration include a social media giveaway where the participants can get the chance to win prizes including the realme 9 Pro, realme Smart TV, and realme Pad Mini. realme is also launching its first national photography contest called Pixel Perfect to encourage realme users and photography enthusiasts to take their skills to the next level.

There are more events and initiatives in line with the #realmeMyNumber1 campaign coming real soon.