The Asus Zenfone 5 series was officially announced during the Mobile World Congress 2018. Among the devices that were introduced was the Asus Zenfone 5Z. This device was one of the first smartphones that featured the Snapdragon 845.

We recently made an unboxing video of the mentioned smartphone although we weren’t able to fully review it until now. Without further ado, here is our review of the Asus Zenfone 5Z.

The Asus Zenfone 5Z is built with glass front and aluminum body with their signature concentric ring pattern around the fingerprint scanner at the back, along with the vertically aligned rear camera set up above the LED flash and the company branding.

Moving at the bottom of the phone, we’ll see the Type C port, speaker grille, microphone, and headphone jack. Meanwhile, physical buttons such as volume rockers and power button are located on the left and on the opposite side is the SIM and micro SD tray.

Since Asus devices are distinguished by their signature design, the hype with the Asus Zenfone 5Z look is not as hyped compared to other flagships that totally changed their smartphone design. Still, it looked modern as the display played a huge part in making this phone premium looking. 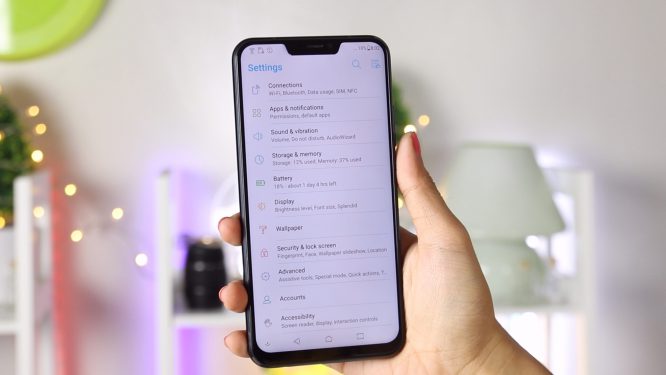 The Asus Zenfone 5Z features a 6.2-inch IPS LCD notched display with a screen resolution of 1080 x 2246 pixels and an aspect ratio of 18.7:9. It has their own ASUS ZenUI 5.0 interface protected by Corning Gorilla Glass 3.

Undeniably, this phone has a stunning display with good color representation and bright screen display. We tested it on a broad daylight and it is still clear, same with different lighting situations. And Looking from different angles, the display still looked sharp.

Asus has provided its users to fully customize the screen color depending on your own preferences, from the Blue light filter, color temperature, hue, and saturation. (Settings > Display > Splendid)

In this first sample photo, we tested how the device takes photos in dim lighting. As you can see, the colors are accurate although there were some parts that were a bit blurry. As for the lights, it looked scattered making some areas look over-exposed. Overall, the photo looked close to real life.

We made sure to go outside and take some outdoor shots. In this image, not a lot of details can be found in the sky and it actually looked too bright. On the other hand, the other surrounding details were clear and sharp. Color-wise, the device did well since it didn’t make the photo too bright but it isn’t dull as well.

The phone’s camera doesn’t seem to react well to bright lighting based on the shots we’ve seen for now. The same can also be seen on this photo since the end of the hallway looked overexposed. If you look at the dark parts of the photos, you’ll see the difference between the details.

This time, we tried taking a close-up picture of an object. The colors looked vibrant although the details are a bit lacking as shown by the blurry parts. The camera wasn’t able to focus on the whole picture. Nevertheless, we had no issues with this shot in terms of brightness.

Similar with recent flagship phones, the Asus Zenfone 5Z has a feature called Portrait mode as well. What this does is it gives the image a bokeh effect to further emphasize the subject. As you can see from this photo, although the bokeh effect isn’t exactly natural-looking, it looks pleasing to the eye. The mode was also able to capture the subject.

Using the HDR mode has resulted in making the subjects vibrant and even more detailed. Despite the heavy light coming from the side, it didn’t scatter leaving the photo overexposed thanks to HDR mode.

As I was impressed with the color representation on the photo above this picture, I still tried the HDR mode but under different lighting. Under fluorescent light, it turned less vibrant compared to other shots. Still it is commendable for color accuracy and capturing details.

Going to the selfies, the beautification mode has made the subject’s skin whiter as compared to the normal. On a subjective opinion, it is nice that Asus was able to enhance the subject without affecting other elements. It just changed the skin color into even more pinkish-white without making it look artificial.

Portrait mode on Asus still needs to be improved as some edges of the subject were blurred. Despite the overexposed background, it still manages on doing a good job for this mode.

For the last set of photo, we tested this phone on low-light which resulted to a slightly contrasted photo with a right amount of exposure that is enough to show the subject’s face clearly. Going to the other side is the selfie with flash that is an average as compared to other flagship on the same mode.

The Asus Zenfone 5Z is powered by Qualcomm Snapdragon 845 chipset paired with Adreno 630 GPU that carries 6GB of RAM and storage variants of 128GB/256GB that can be expanded via micro SD card.

For unlocking the phone, Asus Zenfone 5Z can be opened by face recognition and fingerprint sensor. As we tried these two we didn’t encounter problems accessing the phone. Although both have little delays, it won’t be an issue once you get used to this device.

The Zenfone 5Z also has color inversion for those who have issues with brightness, color blindness, low vision. Some also use this as night mode since they find it easier to read novels or articles with a white font color on a black background.

For the advanced settings, Asus has added some assistive tools for more convenience in using this phone. There are also added modes for Kids and an Easy mode, specially made for kids and elder people so it won’t be too complicated for them.

Also, you can customize gestures under quick actions for efficiency. And lastly, the touch sensitivity adjustments in for pocket mode to avoid accidentally reacting while inside the user’s pocket and the glove mode which is really helpful for jobs that require gloves and for those who live in very cold places.

We tested the Asus Zenfone 5Z using the following benchmarking tools and here are the results:

We tested the audio by playing different videos and a variety of music. The sound quality appeared to be loud enough to play music inside a room. It is also clear even on a maximum level.

Aside from that, Asus added the Outdoor Mode made purposely to play sounds outside.

This flagship smartphone of Asus may be one of the smartphones that gave us good visual display. Aside from that is its speed as it is packed with Qualcomm Snapdragon 845 which is a good thing for gaming and other tasks that maximize CPU and GPU of the phone.

The Asus Zenfone 5Z is available in color – Midnight Blue and Meteor Silver for the standard price of PHP 29, 995.