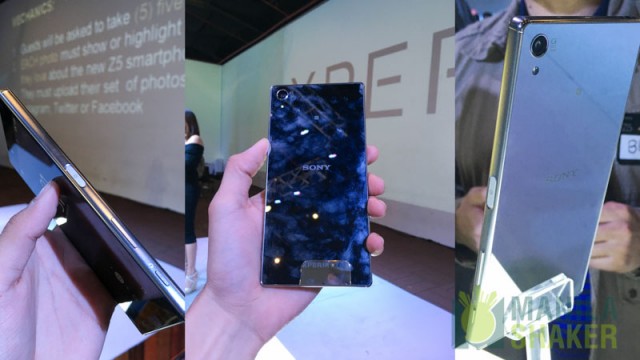 The Xperia Z5 Premium is the most “premium” of the Xperia Z5 trio, which is expected to be launched on December 3rd. The device carries a few unique and admirable traits that are important to take notice of. In regards to that, we figured to list down five examples of these traits, which will help the Xperia Z5 Premium be a beastly device of this smartphone generation.

The Z5 Premium holds an epic 4K UHD display that Sony claims to engulf the 1080p resolution of most devices, including their very own, Z5 Compact and the original Z5. The effects aren’t exactly something that can be easily soon through the naked eye, but Sony claims that they’re changes and those changes are for the better. Nevertheless the Xperia Z5 Premium’s 4K UHD display is a vital aspect that helps the device’s overall appeal and power to the market. The Z5 Premium is said to be the first of its kind to showcase an epic 4K UHD display, which makes it a pioneer of this particular screen aspect. A pioneer and a powerhouse, the Sony Xperia Z5 Premium deserves a whole lot of attention from the masses, and we might get our hands with one of these devices, to experience tenfold the 4K UHD display that Sony claims to be the best right now.

The Xperia Z5 Premium’s 3430mAh battery is one massive battery overall. The Xperia Z5 Premium’s battery is said to have a 2 day battery life period, which is very remarkable to say the least. The larger battery fits perfectly on the more power-hungry 4K UHD display and should help the user to prolong its usage of the device and manually help the user in giving off a good performance on device longevity. Another one that’ll fit the tone is its fast charging capability courtesy of Qualcomm’s Quick Charge 2.0 thorough the Snapdragon 810 chip, which will generally help the device to a prolonged function, despite a short time in charging. A quick example is that a 10minute charge can give the device approximately 5.5 hours of battery life.

The Xperia Z5 Premium is nothing without its premium like design, the device features a sophisticated metal frame, with a glassy front and back panel, which shows a bit of elegance and sophistication for the device. The shined metallic frames gives it a “premium” design, which is admirable, not only for its users but as well for the ones who sees the devices. This is a vital aspect of the Xperia Z5 Premium’s appeal and interest magnetism overall. One that not only device carries, but some might not be equal to. We’ll be sure to get a closer look on the Xperia Z5 Premium’s “premium”, once we got our hands on it.

Hailed as one of the world’s current best, the Xperia Z5 Premium, similar to the original Xperia Z5 and Z5 Compact, carries a very strong and powerful camera shooter. Something that Sony boasts about and indeed is something to be boasted about. The 23MP rear shooter and 5MP selfie shooter, showcases a “premium” performance in camera shooting and video recording overall. One that will surely be considerable at all aspects of camera smartphone photography. A strong phone combined with a premium shooter? whats not to like. The Xperia Z5 Premium, or should i say, the Xperia Z5 trio are a photo buff’s and selfie lover’s smartphone dream, which can help they idealize they’re shooting fantasies into a reality. The Xperia Z5 Premium is one to buy for its camera capabilities alone.

A resistance feature matched by few

The Xperia Z5 Premium is yet to be given an official PH price, but we can assume that the device would be around Php 38K. Did you enjoy the article? Please leave your comments and suggestions on the comments section below. We highly appreciate feedbacks from you guys.