OPPO’s Reno lineup continues to improve every iteration as the company tries to convince consumers to buy their products that highlight beautiful design and massive feature sets. This time around, we have three Reno phones to choose from — Reno 5, Reno 5 Pro, and Reno5 Pro+ — all three living the 5G life. While local availability of the Reno5 series remains to be seen, OPPO never missed out on a Reno release for nearly the past two years. Should all three of them ever arrive in the Philippines, here’s your guide to which you should choose or purchase out of the Reno5 family.

What Are the Similarities?

Say you went to a concept store and saw three devices that look identical — from the camera hump to the back panel design — there’s a good chance that you’re looking at the Reno5 series. It’s easy to get confused when it comes to design as all three features these new crystal-like patterns on the back that add extra shine to the overall look. And once you pick them up, you may notice that the Reno5 and Reno5 Pro feel the same in the hand. They may be light and comfortable to use due to their 173g weight apiece. Additionally, neither of the three went over 8mm of thickness, making for another set of thin 5G phones.

For most users, they won’t be able to see the difference in display quality as they’re looking at 90Hz OLED panels. In practice, that means deep blacks, saturated colors, and fast animations. Fortunately, the same goes for the 64MP quad-cameras that also pack 8MP ultrawide, 2MP macro, and 2MP depth lenses — at least, when talking about the Reno5 and Reno5 Pro. But for selfies, all three are using a 32MP sensor that’s found inside a top-left pinhole cutout.

And yes, 65W SuperVOOC 2.0 charging (and charger) is present as well for their varying battery capacities. Because all three support 5G, there’s no room for expandable storage here.

That said, let’s now proceed to their differences.

Why Should You Choose Reno5? 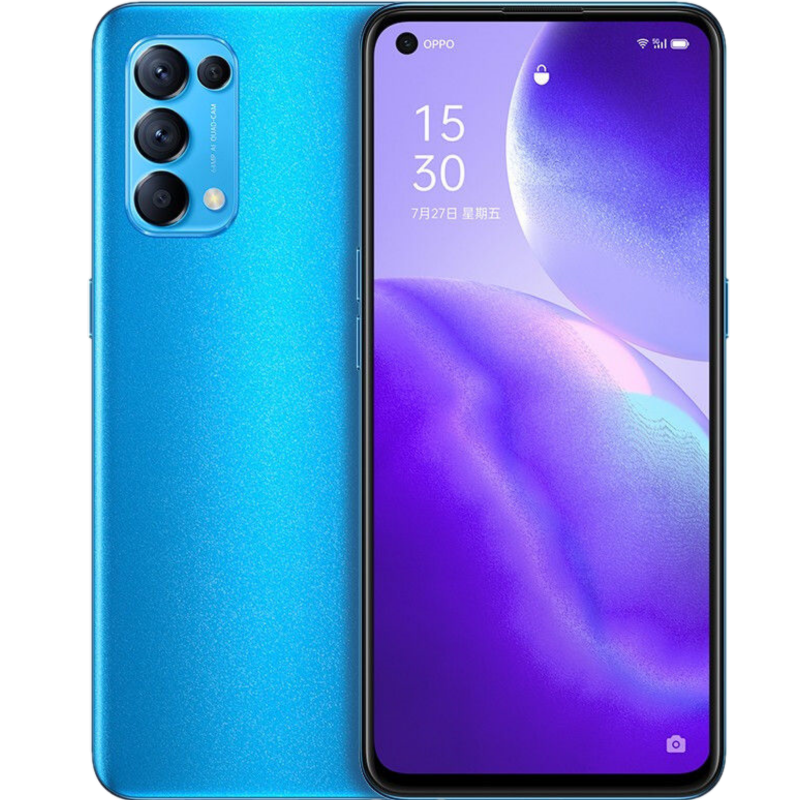 The good thing about the standard model Reno5 is that it’s not underpowered. For starters, it’s using Snapdragon 765G chipset that’s plenty powerful for what a regular consumer needs. Maybe if you’re into extreme gaming, then you’ll need a better chipset. But for the most part, Reno5 can get it done in most ends.

Like we’ve mentioned earlier, getting the Reno5 won’t mean getting weaker camera specs. There’s still up to [email protected] video recording with EIS as well as up to 120fps slo-mo video at 1080p. You can also expect smoother selfie videos thanks to EIS, again.

At 4300mAh, Reno5 carries the smallest battery capacity out of three. However, it’s not that small when compared with the 4350mAh of the Reno5 Pro. Where the Reno5 really shines, however, is the overall package that it provides — it’s the only phone that comes with an audio jack and 5G at the same time.

If you happen to be looking for a one-hand friendly phone that still has a big screen to enjoy watching content on, the 6.43″ FHD+ OLED is your happy place. Although there’s no HDR playback support, the screen is plenty bright at 600 nits typical and even eaches up to 750 nits. And by the way, the edges of the screen don’t curve to the side.

Why Should You Choose Reno5 Pro?

Reno5 Pro spices things up a bit with a better display, better chipset, and that’s it. You’re not getting a technically better camera phone, but you’re getting a better overall performing device.

Aside from better performance, the display is larger and better as well. You’re now looking at a standard size 6.55″ FHD+ OLED display that goes up to 1100nits peak brightness and 800 nits typical. It’s kinda weird to see no HDR playback support, however. We may have to confirm this with OPPO. But for now, that’s what you get from the Reno5 Pro.

Why Should You Choose Reno5 Pro+?

First and foremost, the cameras. Reno5 Pro+ is using the new 50MP f1.8 Sony IMX766 sensor as its main shooter. But, how is that better than the 64MP of the two? Unlike the 64MP sensor, the 50MP comes with updated technologies, such as noise reduction, low-light performance, autofocus, and more. On top of that, it even supports OIS for crisper photos and stabler videos of up to [email protected]

The accompanying lenses are not to be taken lightly as well. The 13MP telephoto camera allows you to use up to 5x optical zoom, meaning no loss in quality. Additionally, there’s a sharp 16MP ultrawide lens and a 2MP macro.

Outside cameras, there’s a stereo speaker setup on the Reno5 Pro+ for a louder and overall better audio experience. And with the bright and big display, every mAh counts. The 4500mAh battery should be enough to keep the device running for a whole day.

The Reno Series started with prioritizing design over performance. After that, the company kinda lost its way as it tries to uplift its mantra. But with the Reno5 Series, it feels like OPPO perfected its recipe for success.

All three come with beautiful designs that easily attract the eyes of both regular and enthusiast consumers, without compromising on either camera or raw performance. We can even consider 5G as a bonus at this point. So if you’re looking for the best phone for you when shopping for a Reno5, we feel like every model is worth its price tag. Hopefully, that sentiment stays if OPPO decides to launch the Reno5 Series in the Philippines.