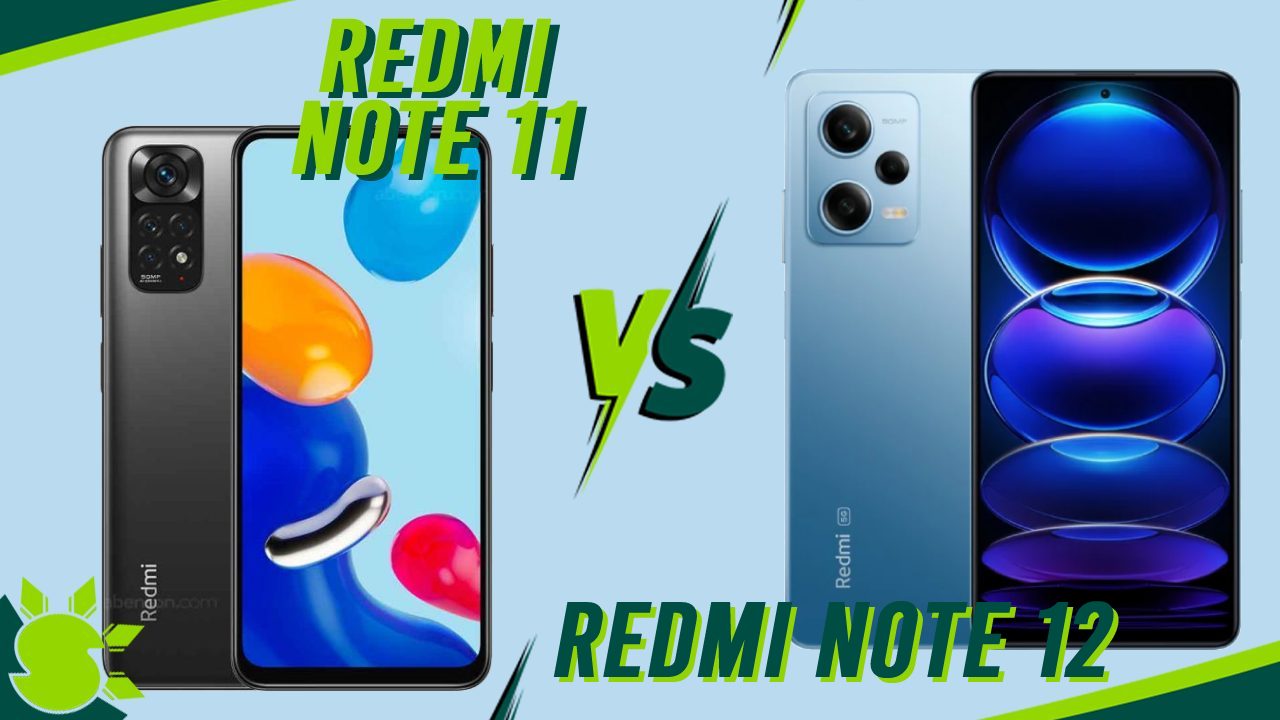 Xiaomi‘s separate brand Redmi recently launched the Redmi Note 12 series portfolio in China. The Redmi Note 12 Pro, Redmi Note 12 Pro Plus, and Redmi Note 12 Explorer Edition are among the smartphones in the portfolio. We’ve previously looked at how these four models differ from one another in a dedicated comparison, but now it’s time to see how the individual models compared to their forefathers.

The Redmi Note 12 features a new Cortex A78-powered Snapdragon 4 Gen 1 chipset, as opposed to the Redmi Note 11‘s Cortex A76-powered Dimensity 810 chipset. The new model also loses a few grams in weight and switches to a Samsung AMOLED screen rather than an IPS LCD display, although there are certain modifications that may be considered downgrades, particularly in the photography sector.

So, in our Redmi Note 12 vs Redmi Note 11 comparison, let’s see how the latest Redmi vanilla model stacks up against its predecessor. Despite just having two useable cameras, the Redmi Note 11 5G introduced last year had a complicated camera module at the rear. The new model, on the other hand, redesigns its camera module with a neater design that includes only two big cameras. Personally, we think the new design is more elegant and symmetric. The back appears much cleaner now, more in keeping with the premium model designs we’ve seen in recent years.

The Redmi Note 12 is slimmer at 8mm compared to 8.8mm on the Redmi Note 11 5G variant. The new variant is much lighter, weighing only 188 grams. The Note 12 is, nevertheless, larger and bigger than the previous iteration.

The display is one area where the Redmi Note 12 significantly outperforms its predecessor. The Note 12 variant features a 6.67-inch Samsung AMOLED display with a resolution of 2400 x 1080 pixels, a refresh rate of 120Hz, and a peak brightness of 1200 nits. In comparison, the previous model had a 6.6-inch IPS LCD display with the same resolution but a lower refresh rate of 90Hz.

This means that the Redmi Note 12 provides a considerably superior display experience than its predecessor, giving customers a compelling incentive to upgrade to the new model.

The camera part is a little perplexing. After all, Redmi has ditched the beneficial ultra-wide angle sensor on the latest model in favor of a rather ineffective depth sensor.

The Redmi Note 12 has a 48MP main camera and a 2MP depth camera, whereas the previous generation featured a 50MP main camera and an 8MP secondary ultra-wide camera. The existence of the UW sensor clearly makes the Redmi Note 11 more adaptable and helpful than the new model’s camera module. In fact, the lack of an ultra-wide sensor in a 2022 smartphone is disappointing.

The front camera has a lesser resolution of 8MP rather than 16MP on the Redmi Note 11, however, the aperture is wider at 2.0 on the latest model.

The Redmi Note 12 is equipped with a capable entry-level Qualcomm processor from the previous generation: the Snapdragon 4 Gen 1 with 5G connectivity. In comparison, the Redmi Note 11 had a 2.4GHz Dimensity 810 CPU. Both of these processors are geared at the cheap market with 5G capability, so don’t expect any substantial performance differences.

Both models use the same battery arrangement. The Redmi Note 12 and Note 11 both have 5000mAh batteries with up to 33W fast charging.

The vanilla Redmi Note 12 is available in China for an official starting price of €170 or $170 (around Php9,869), however, it will be offered at a greater price elsewhere. The older model, on the other hand, costs roughly $200 (roughly Php11,611) in the global market. Which one would you choose, given the price difference?