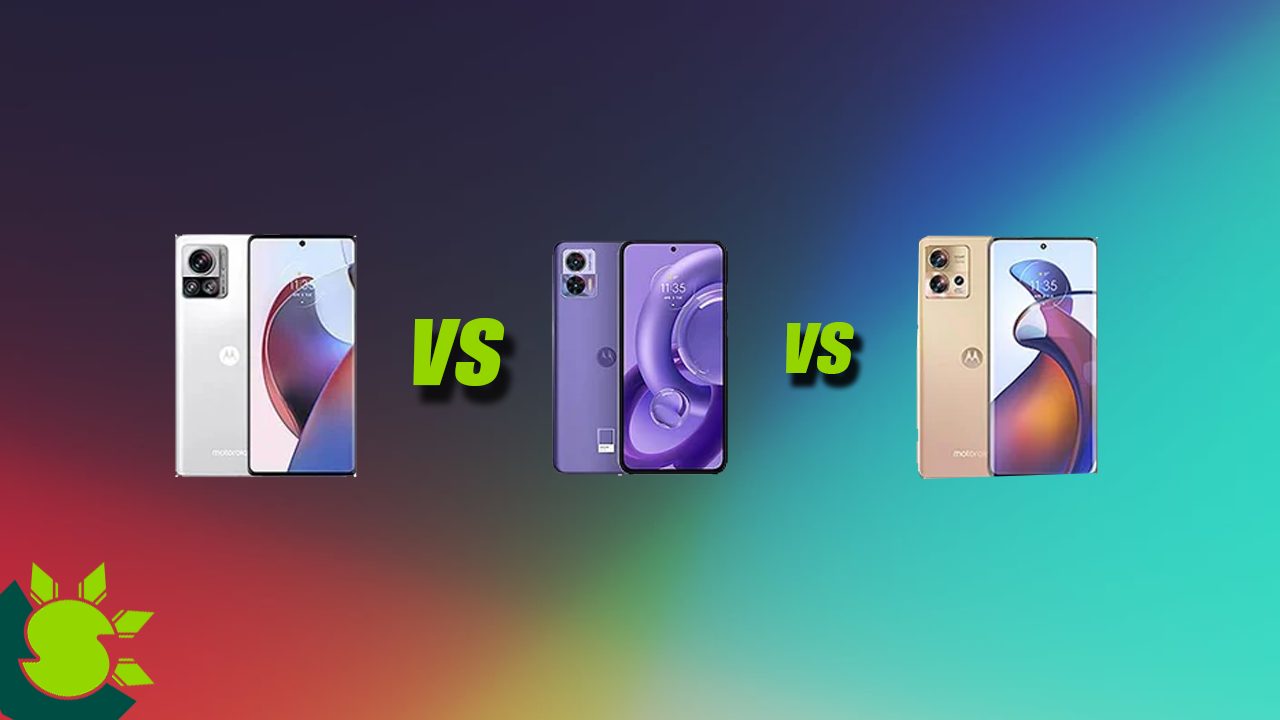 Perhaps you would disagree, but in my opinion, the most fascinating design belongs to the series’ most cheap variant: the Motorola Edge 30 Neo. First and foremost, this gadget is more compact than its brothers. It also includes color possibilities based on PANTONE hues, owing to a collaboration with the well-known company. This item is also available in the Very Peri color choice, which is considered the color of the year. With their curved screens, glass backs, aluminum frames, and, unlike the Neo, curved displays on the sides, the Motorola Edge 30 Ultra and Motorola Edge 30 Fusion remain exceptionally attractive phones. These phones are all splash and dust resistant, however they lack IP certification.

If you want the most sophisticated display, choose either the Motorola Edge 30 Ultra or the Motorola Edge 30 Fusion. They have P-OLED screens that can display up to one billion colors, a Full HD+ resolution of 1080 x 2400 pixels, a 144 Hz frame rate, HDR10+ certification, and in-display fingerprint scanners. The key distinctions between these screens are their brightness and diagonal size. The Ultra model features a 6.67-inch display with a peak brightness of 1,250 nits, while the Fusion model has a 6.55-inch display with a peak brightness of 1,100 nits. The Motorola Edge 30 Neo has a nice P-OLED display with a 6.28-inch diagonal, Full HD+ resolution, and a refresh rate of 120 Hz, but it cannot compete with its brothers.

The Motorola Edge 30 Ultra, presently one of the most powerful cellphones available, has the most modern hardware. It is powered by the Snapdragon 8+ Gen 1 mobile platform and can accommodate up to 12 GB of RAM and 512 GB of UFS 3.1 internal storage. The chipset is 4 nm in size and contains an octa-core architecture that includes a Cortex X2 CPU with a maximum frequency of 3.19 GHz, three Cortex A710 CPUs operating at 2.75 GHz, four Cortex A510 CPUs running at 1.8 GHz, and an Adreno 730 GPU. The Motorola Edge 30 Fusion takes silver, while still being one of the quickest phones, thanks to an inferior Snapdragon 888+ mobile platform combined with up to 12 GB of RAM and up to 512 GB of UFS 3.1 native storage. The Neo, as previously said, is a midrange phone with a Snapdragon 695 5G processor, 8 GB of RAM, and 256 GB of storage in its most sophisticated option. All of the phones run Android 12 and provide a near-stock experience.

The Motorola Edge 30 Ultra is the greatest camera phone of the three, with a triple camera that includes the world’s first 200 MP sensor with OIS, a 12 MP telephoto lens with 2x optical zoom, a fantastic 50 MP ultrawide camera, and an incredible 60 MP selfie snapper. Following that, we received the Fusion, which had a 50 MP primary sensor with OIS, a 13 MP ultrawide lens, a 2 MP depth sensor, and a 32 MP selfie shooter.

The Motorola Edge 30 Ultra has the largest battery and lasts the longest. It even supports the quickest charging technique, with a power output of 125W and wireless charging capability of 50W.