Just a few months after the year 2019 had started, we already have another addition to our budget smartphones this year. As the Realme 3 was introduced, it sold over 210,000 units in India on its first flash sale.

That said, many are wondering if the Realme 3 is really worth its budget price of around P6,990 for the 3GB model in the Philippines (P7990 for 3+64GB). Is the Realme 3 the new Budget and even Midrange Smartphone King? Let’s get on it and roll on with the specs sheet.

Starting off, the Realme 3 sports a 6.2-inch waterdrop display with an HD+ (1520×720) resolution. It also has a 88 percent screen-to-body ratio. In terms of design, we see the all trendy gradient color design on the back. The gradient color may look pretty for some, but there are still who prefer simpler designs. The design looks premium due to the fading color and its curved ergonomic shape on the back which also makes it easy to hold. The phone is also protected by Gorilla Glass 3 protection.

Bearing a multi-layer plastic with a polycarbonate frame material on its back, the design is prone to fingerprint and smudges which will be a big downside for some. Other than that, the Realme 3 feels light on the hand as well with just 175 grams weight and 8.3mm thickness. Below the phone are its speaker grille and a 3.5mm headphone jack. However, it is still equipped with a micro USB port for charging and connection which will be a no-no for some. At the back, you can find the fingerprint scanner with a silver accent around it along with the dual rear camera and LED flash.

Under the hood, the Realme 3 runs on 2.1GHz Helio P60 octa-core chipset with 3/4GB of RAM and 32/64GB of internal storage. The phone launched with an Helio P70 in India, though. All is well with the running and switching from app to app. It is also expandable up to 256GB via SD card. The device runs PUBG and Mobile Legends well since it also has a Game Space feature making it just quite good for basic gaming.

Overall, the performance of Realme 3 is comparable to a midrange phone but its price is almost half of the competition.

Using the following benchmarking tools, we tested the Realme 3 and here are the results: 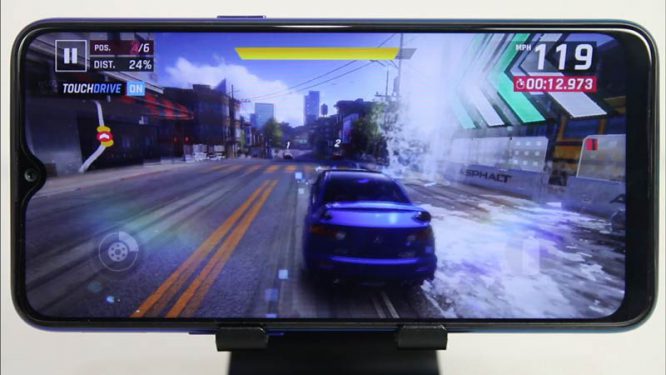 Moving on, the Realme 3 boasts a 13MP + 2MP camera setup. The back camera is just average since we found the autofocus moody since some photos looked blurry or washed out. But the phone has AI scene recognition and Chroma Boost mode to make some improvements to boost detail, exposure, and contrast. The device also boasts Nightscape mode to increase exposure of photos to take during nighttime, making it sharper and detailed.

In terms of the 13MP AI front sensor camera on the front, it offers detailed images but the autofocus makes some photos appear washed out on the edges. Bottom line is, it’s not for smartphone photographers at all.

The Realme 3 also runs on Android Pie with the latest ColorOS 6.0. The new OS allows the user to add more features and customize the visual of the phone. The battery is decent since it is packed with 4,230mAh but it doesn’t offer fast charging support. We got almost 5-6 hours of battery life with heavy usages like gaming and streaming. Overall use could last up to 2 days with minimal internet and gaming.

Audio on the Realme 3 is just average. It has a single bottom-firing speaker. It plays music well when listening to Youtube and normal downloaded music on the phone.

READ: 3 Reasons Why Flagship Phones Are Not Worth Your Money in 2019

Verdict: Realme 3 has the power of a midrange phone in the budget price

Definitely, the Realme 3 is a New Budget Smartphone King and even a capable contender on the midrange section, thanks to its dual camera, faster processor and graphics, and large battery capacity. It beats most midrange phones with its affordable pricing coupled with these solid specs which are hard to match. 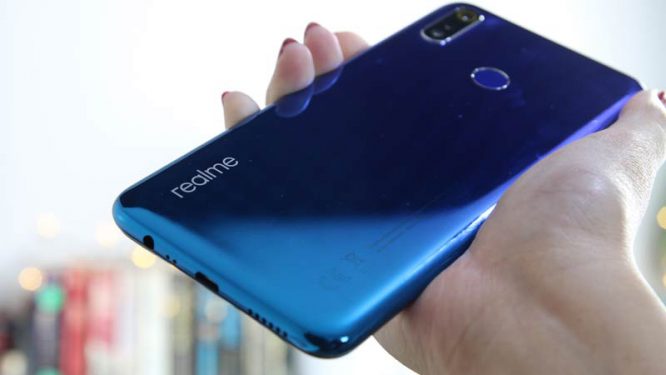 If you like what you’ve read above, you can purchase the Realme 3 since it will be available in the Philippines starting 25th of March online and 30th for retail stores. You can avail it for just an official budget price of P6,990 for the 3GB/32GB model all the way up to P7,990 (64GB) and P9,990 SRP (4+64GB). It is available in Dynamic Black and Radiant Blue.

If you want more reviews like this one, you may head on to our website, and stay tuned for more tech news and updates! Alternatively, check out our Realme 3 vs Samsung Galaxy M20 comparison review here.

vivo X80 Review – The ZEISS Collaboration Resulted in the Creation of a Flagship Photography Expert?