Realme’s answer to both entry and midrange offering of its competition is the new Realme 3. It’s a new Budget King smartphone from the Oppo’s sub-brand and could put a serious fight against with the more expensive rivals like the new Samsung Galaxy M20.

With both phones released in the Philippines, which phone makes a better buy in camera, gaming, battery, and value? Let’s see if the Realme 3 could be a better smartphone offer than the more expensive Samsung Galaxy M20. 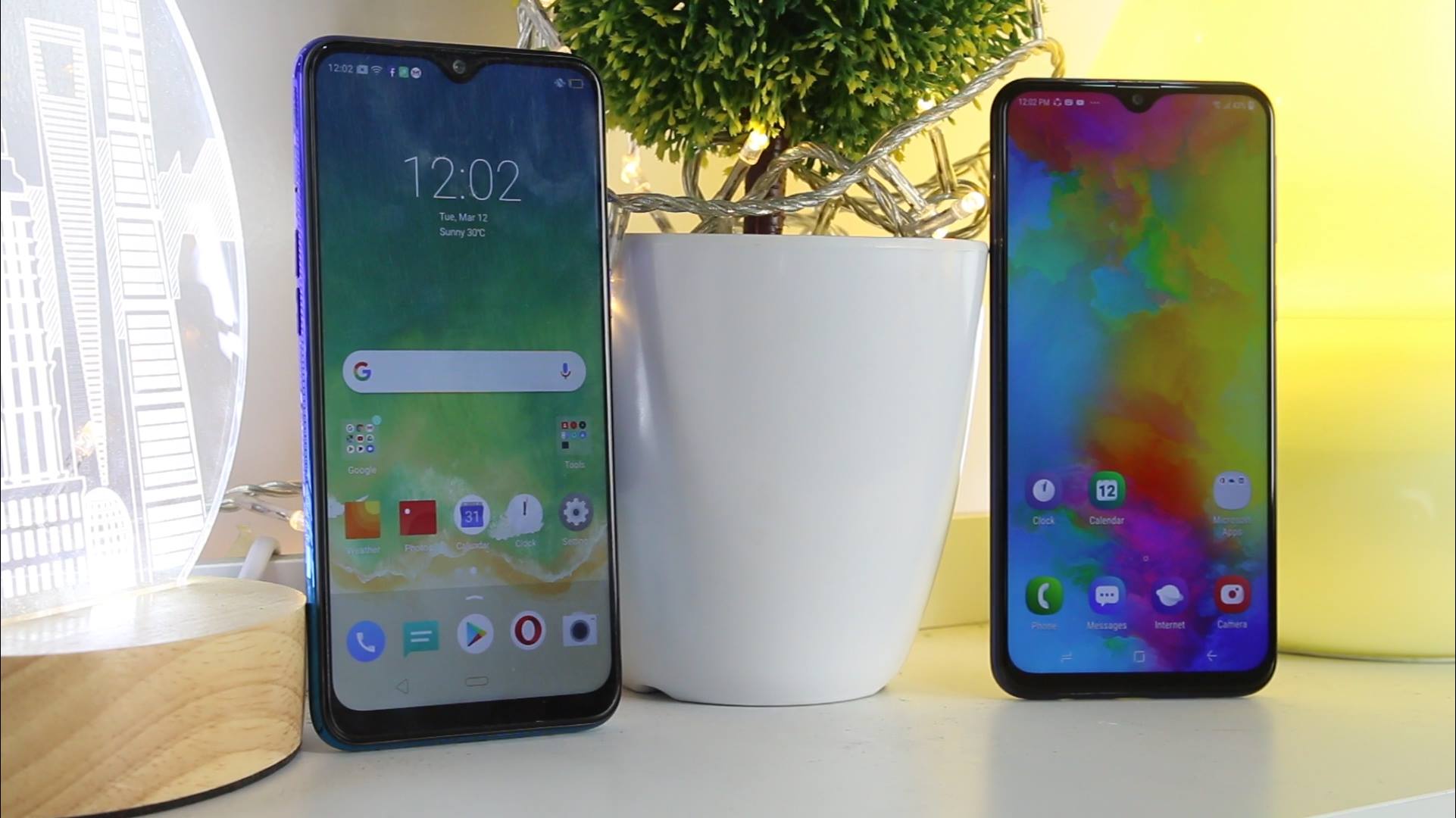 Both have small V-shaped notch and dual camera. The Realme 3 comes in a chromatic glass-like plastic backing. Though it’s made of plastic, the finger marks aren’t much of a problem. Going to Samsung, it has a clean matte finish that reflects a bit of light. The two looks sophisticated though it has a different finish individually.

But overall, the Realme 3 is a winner since it has a decent all-screen midrange looks on a budget price.

Both sports 6.3-inch displays with the Galaxy M20 having a sharper 2340 x 1080 pixel resolution or ~409ppi compared to the HD+ of the Realme 3. However, upon looking closely, the difference is hardly noticeable. The Realme budget has Gorilla Glass 3 while the Galaxy has standard protection only. 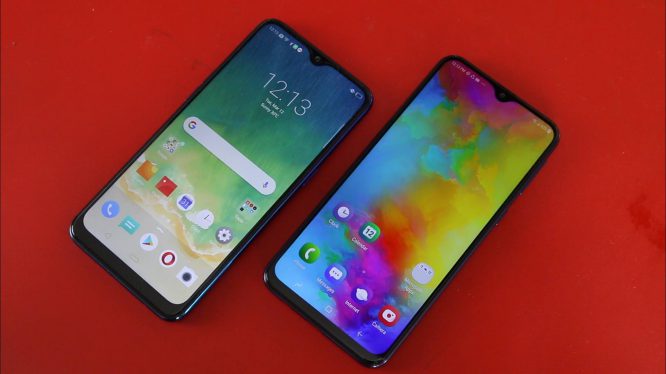 Samsung M20 was fun to use because it has useful features like portrait mode and wide lens. But I had a hard time to have it focused on my subjects. On the other hand, though it doesn’t have features like Samsung M20 Camera App, the Realme 3 did the job better. Realme 3’s output has better post-processed results and overall better quality than Samsung M20.

The contrast and colors on Realme 3’s camera shots are deeper and more natural looking as compared to the greyish tint on some photos from the Samsung shooter.

Overall, the budget Realme selfie camera takes the cake on this round also as the results showed it has more life-like and better beauty shots. 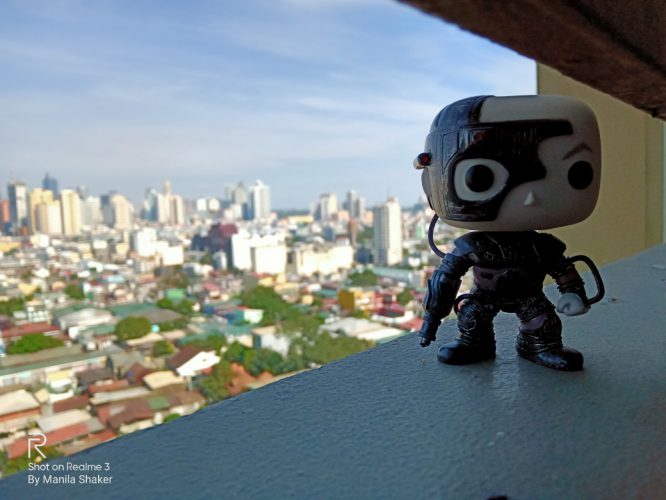 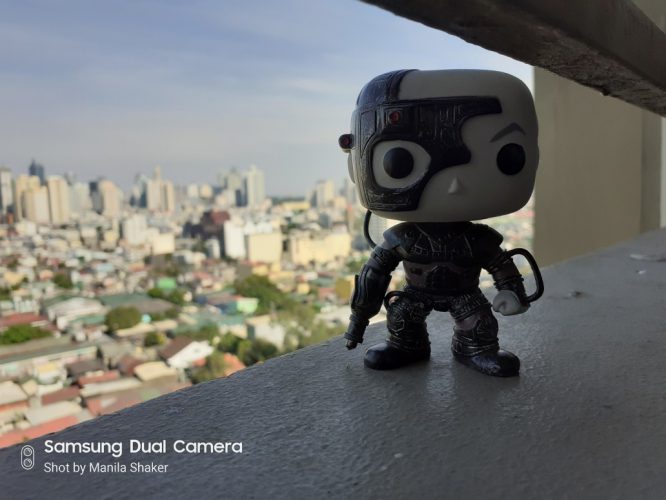 Samsung M20 is powered by Exynos 7904 Octa (14 nm) with ARM Mali-G71 GPU while Realme 3 has MediaTek Helio P70 or P60 (region dependent) paired with Mali-G72 MP3. With light task, both were smooth and fast in everyday use while the Realme 3 performs considerably better in demanding tasks like PUBG and Mobile Legends Bang Bang gaming, thanks to its faster CPU and GPU.

Despite the Samsung Galaxy M20 having larger 5000mAh battery capacity, its rival, the Realme 3 managed to have long battery life as well. The reason behind is the large 4230 mAh battery coupled with a more efficient processor and fewer display pixels on the Realme. Expect both to have 2 days of battery life including light gaming, streaming, and internet use.

Charging both devices takes roughly 2 hours using their original power adapters from the box. The budget Realme has 10W support and the Galaxy has a 15W but with a larger battery to fill.

Our comparison proves that despite the Realme 3 having a cheaper price tag, its overall features and package prove to be better than the Galaxy M20 priced at P10,990. Its camera and more powerful hardware make it a more compelling option than the Samsung Galaxy M20 with a sharper screen and larger battery.

With reasonable price and solid specs, the Realme 3 is definitely the new Budget King Smartphone this 2019.