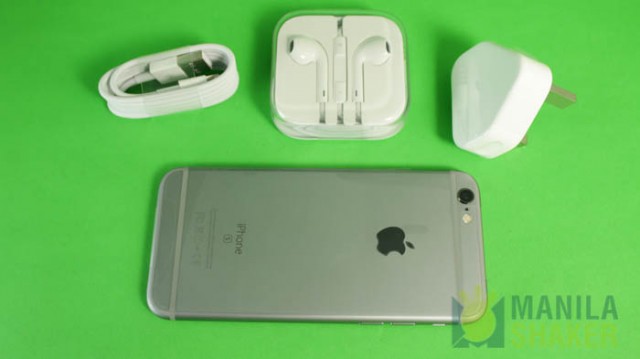 Finally, the iPhone 6S is here, and as usual, we did unbox and get our hands-on already despite Apple PH store, Smart or Globe haven’t officially released it locally in the Philippines. We bought our unit from Lazada online for P37500 through COD or cash-on-delivery. The variant we picked is space grey in 16GB model.

Let’s see what’s inside the Apple iPhone 6S retail box and how does it stack up against the Xperia M5 in a quick, size-up comparison. Also checkout the hands-on, first impressions of iPhone 6S with its new software features such as Live Photos, and 3D touch display.

The iPhone 6S retail box comes with 1 ampere charger, this amperage rating is low compared to smartphones these days that come with at least a 1.5A power adapter. But it is forgiven given how small the battery capacity of the iPhone 6S at 1715mAh. However, you will surely need to buy a higher amperage charger to get a fast or quick charging experience. Other contents include manuals with sim ejector pin, the stereo earpods and the lightning USB cable.

Coming from the Galaxy Note 5 and Xperia M5, iPhone 6S feels premium, solid and easy to hold. It is shorter than the two phones I’ve used, but its weight is a tad hefty for its 4.7-inch screen size and overall footprint. This maybe due to the added heft of 3D touch and more reinforced metal and glass construction.

The front of iPhone 6s is built with 2.5D glass which creates a thin curve on edges and corners when viewing the phone in angle.

All sides and corners are rounded. The left side is house to the volume rocker and alert toggle buttons – all made in metal. Across the other side is the power/lock key which is positioned on upper side. Reaching the button is an effort especially if you have small hands.

The back is covered with all-metal construction. Accenting the camera lens is a more refined, flashy metal. The dual tone LED flash sits near the camera.

All ports are placed on the bottom side alongside with the mic and mono speaker grille.

The new 3D Touch – exclusive to iPhone 6s duo – works by hard pressing the screen. The 3D touch produces contextual menus and shortcuts to most of the proprietary apps; it works too in Live Photos, both in lock screen and gallery.

iPhone 6s boots up in iOS 9 and the experience is very basic and simple. iOS 9 has changed but it still feels dated when compared to the experience I had back four years ago on my iPad. There are shortcuts from swiping the bottom screen up, while swiping the top screen down reveals notifications and few widgets. Swiping from left opens the the search page with more curative content (contacts, calendars, etc.). 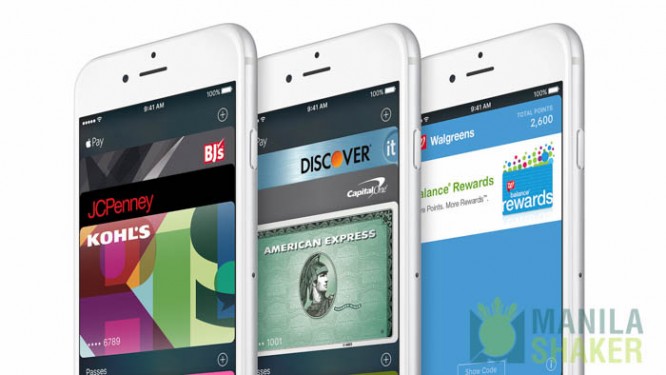 Unlike Android and Lumia Windows 10 Mobile, iOS lacks rich home screen offering, or alike. Features such as live widgets are missing on the main screen. So turning on the sound and vibrate alerts is the only way to be notified faster and conveniently. However, this is just my personal preference as a long time Android and Windows Phone user. Overall, browsing to iPhone 6s is buttery smooth, no stuttering and lags when running apps.

Size Up vs Sony Xperia M5

A quick stack up to the Xperia M5 gives impression that iPhone 6s is quite a big 4.7-inch smartphone due to the thick top and bottom bezel. But in terms of thickness, iPhone 6s remain thin yet still solid in hands.

What are your thoughts to this story? Share it in the comments.