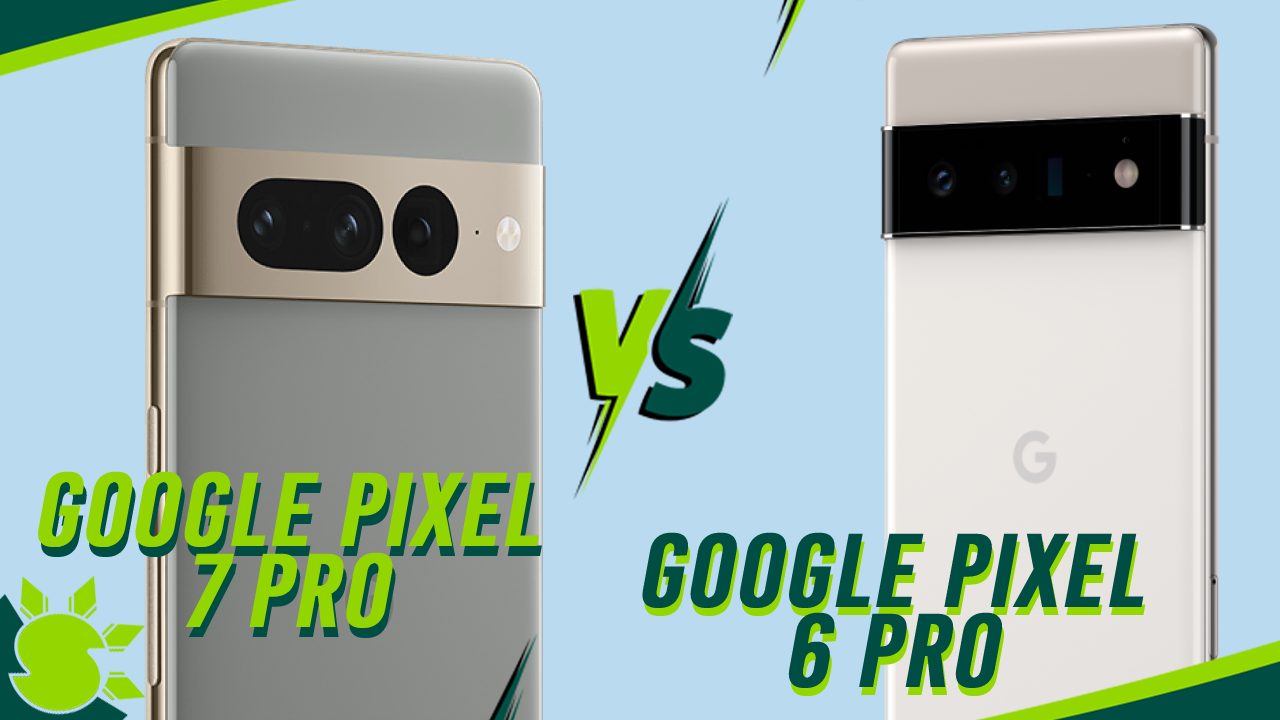 Google‘s most anticipated launch event of the year, branded ‘Made By Google,’ took place on October 6, 2022. Google Pixel 7 Series, the newest iteration of the Pixel Smartphones, was introduced at the event. Not only that, but they also unveiled a few new goods, like the Google Pixel Watch and the Google tablet. For the sake of this article, I will exclusively compare the Google Pixel 7 Pro to the Google Pixel 6 Pro. First, we’ll go through the hardware differences and similarities, followed by the software.

There isn’t much to discuss in terms of hardware differences. The biggest distinction can be observed on the back of the phones. The Pixel 7 Pro features a metallic camera bump with glass perforations. The Pixel 6 Pro, on the other hand, has an all-glass camera bump on the rear. (How I wish it were the other way around.) The various materials utilized to construct the camera bump also led to a little variance in their respective weights. The Pixel 7 Pro weighs 212g, whereas the Pixel 6 Pro weighs 210g.

The processor is the biggest update that the Pixel 7 Pro can boast about. Last year’s model featured a 5nm Tensor chip, but the Pixel 7 Pro employs Google’s most recent. The chip in question is the Google Tensor G2.

As I previously indicated, there is a lot to discuss when it comes to parallels between these two. But I’ll just discuss a handful of those that are worth your attention. When comparing the two phones, it appears that Google just took the metal frame of the Google Pixel 6 Pro, reduced the height from 163.9 to 162.9, increased the width from 75.9 to 76.6, and kept the same thickness of 8.9mm. Even while holding both phones in your palm, it’s tough to discern the difference. Unless, of course, you turn them around.

Both phones include under-display fingerprint scanners for unlocking and login into other apps. However, the Pixel 7 Pro has finally restored the Facial Recognition function. As a result, you may utilize either the fingerprint scanner, face recognition, or both. Both phones have the same 6.7-inch LTPO AMOLED display with a refresh rate of 120Hz. The Pixel 7 Pro’s screen curves, on the other hand, have been marginally decreased. The screen-to-body ratio on the Pixel 7 Pro has been decreased to 88.7%, down from 88.9 on the Pixel 6 Pro. Both phones have a 1440 x 3120 pixel screen resolution with a pixel density of 512 pixels per inch (PPI). Both phones are likewise protected by the Gorilla Glass Victus.