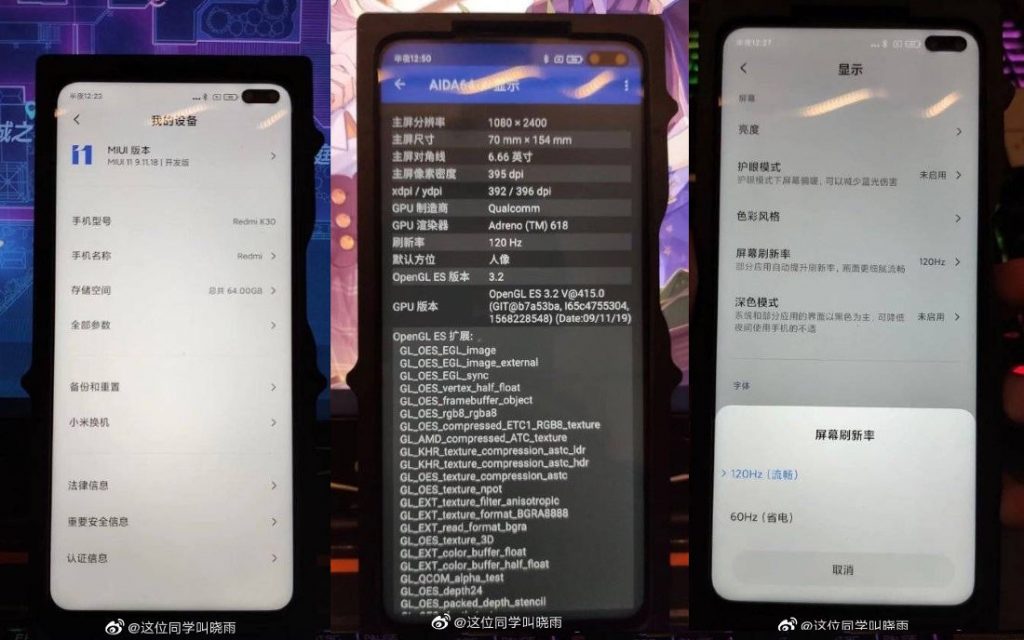 For the past two rumors, we’ve only seen renders and heard confirmation about the Redmi K20 successor. This time, it’s a bit different. Alleged actual photos of Redmi K30 has surfaced and confirms some information that we got from a week ago. 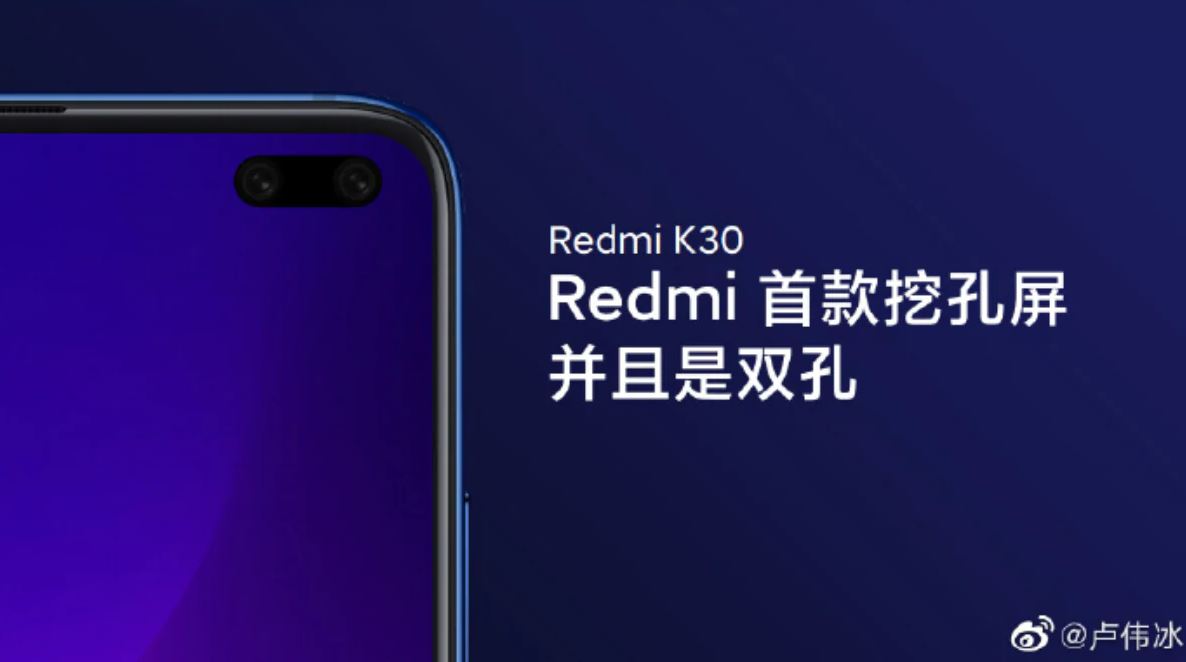 Last week, we reported that the Redmi K30 will sport 120Hz screen and Sony’s upcoming 60MP flagship sensor. This is based on the MIUI 11 code breakdown. The former spec has been confirmed through AIDA64, revealing the Redmi K30 5G sporting 6.66″ FHD+ AMOLED with a high refresh rate. The dual-selfie camera, as expected, is here. While the chipset was not deliberately mentioned, the fact that the GPU is listed to be the Adreno 618 means that it could be the Snapdragon 730 or 730G. Given the early spec reveal, the promised 5G model may be reserved for the Redmi K30 Pro. Another speculation points out to the 30W fast charging rate for the upcoming phone, thanks to a 3C certification in China with model number M2001G7AE.

Redmi K20 launched in the Philippines as the Mi 9T. But given the sheer popularity of the K20 series, there’s a chance that the company will stick with the naming scheme.

READ: Honor 9X with Kirin 810 Gaming Will Launch on November 30th in the Philippines