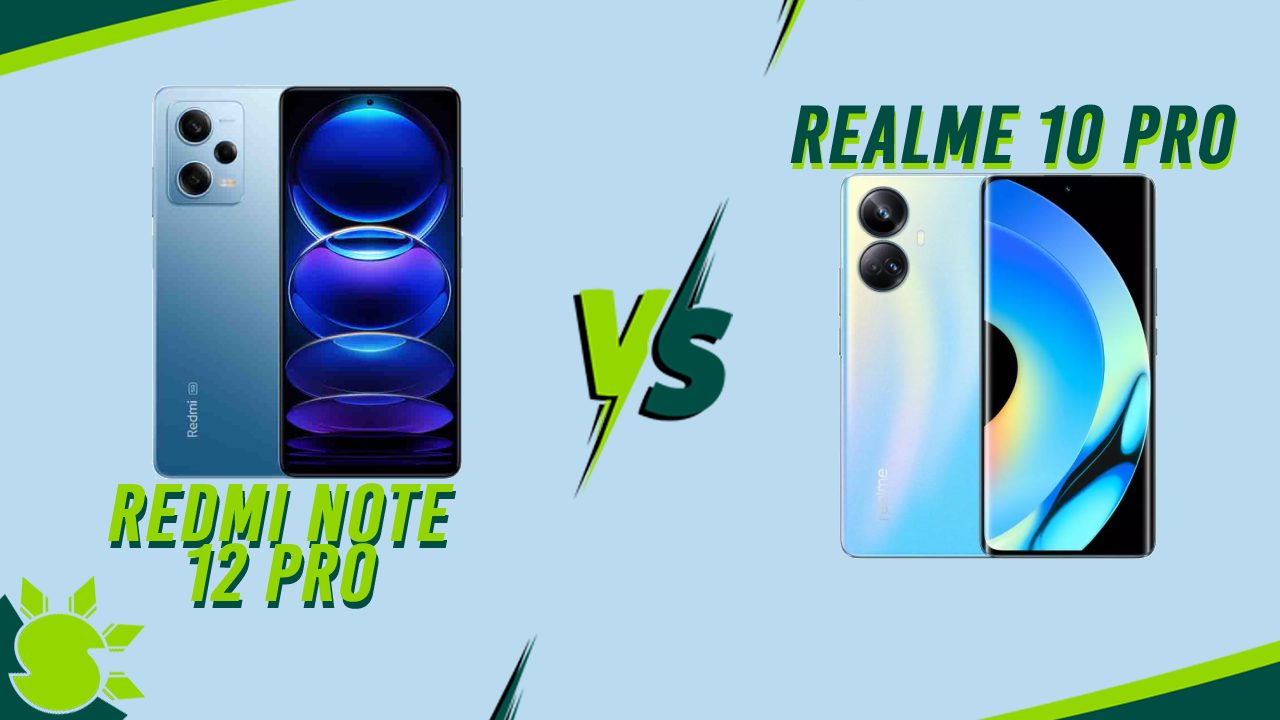 The realme 10 Pro and Pro Plus made their formal debut in the Chinese market, not only with impressive features but also at extremely reasonable rates. The realme 10 Pro is unquestionably a worthy rival to the Redmi Note 12 Pro, which is expected to be a best-seller in the coming months. With Black Friday approaching, many people are seeking a new phone that offers excellent value for money, and selecting between these two handsets is difficult when we consider both their characteristics and their costs. Here is a comparison of the major specifications of the Redmi Note 12 Pro and the realme 10 Pro that will tell you which smartphone will best fit your needs.

Watch Related: realme 10 Review – Is It a Worthy Upgrade?

The realme 10 Pro’s design appeals to me because of its simplicity. It lacks a camera island in favor of two tiny, round camera modules positioned immediately on the back cover and a flash LED on the right. Given the fact that there are just two cameras on the back, it appears incredibly sleek and simplistic. Furthermore, it features flat borders, exactly like the current iPhone models. However, the Redmi Note 12 Pro remains a stunning device, particularly when considering its original color options, such as violet. Furthermore, with the IP53 certification, it is splash and dust-resistant, making it appealing even in terms of build quality.

If you want the most sophisticated display, you should go with the Redmi Note 12 Pro without hesitation. It is the only gadget in this duo with an OLED display, which is reason enough to favor it over the realme 10 Pro. Aside from that, it is a fantastic panel in terms of the rest of the characteristics. It has a 6.67-inch diagonal, a Full HD+ resolution of 1080 x 2400 pixels, one billion colors, a refresh rate of 120 Hz, HDR10+ certification, a peak brightness of 900 nits, and an under-display fingerprint scanner. Unfortunately, the realme 10 Pro features a subpar IPS display. It has a screen of 6.72 inches, a Full HD+ resolution of 1080 x 2400 pixels, a refresh rate of 120 Hz, and a peak brightness of 680 nits.

The battery capacity of these two phones is identical: 5000 mAh. However, the Redmi Note 12 Pro has a longer battery life due to the availability of more efficient components, particularly the OLED display. It also charges faster owing to 67W fast charging. The realme 10 Pro’s 5000 mAh battery supports 33W fast charging.