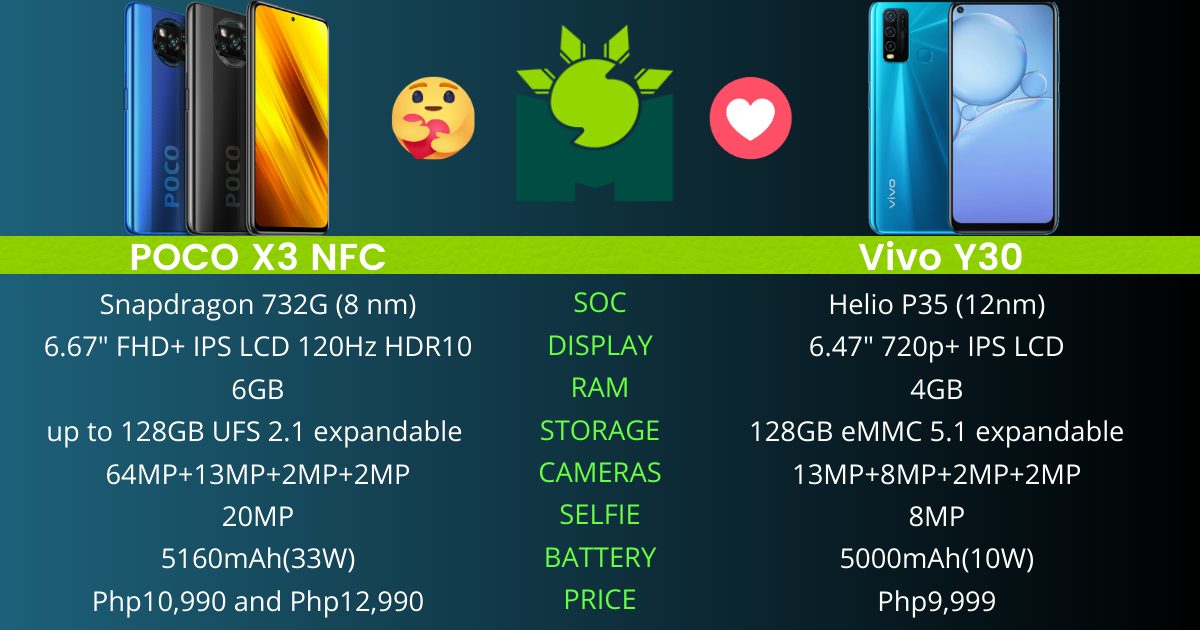 Pretty insane, right? I could’ve easily chosen Vivo V19 Neo to compare with POCO X3 NFC, but the price gap is too significant. As I searched for the closest possible Vivo device at POCO’s price point, I stumbled upon the Vivo Y30 that recently went up for pre-order for Php9,999. As for the X3 NFC, it starts at Php10,990. During flash sale, it even retailed for Php9,990. For someone who’s not a gadget nerd like me, you are in for a surprise once you get to know the differences between the two despite costing nearly the same. 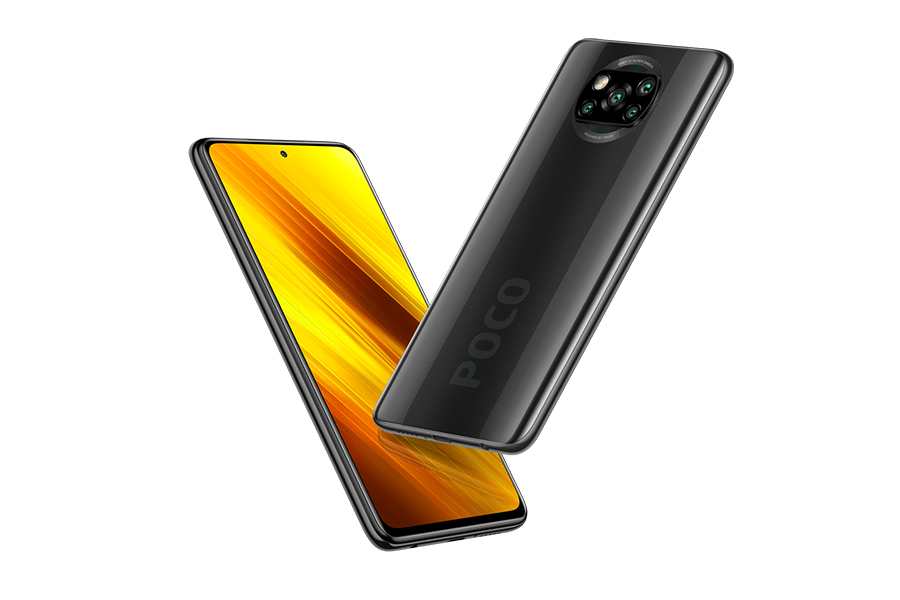 Which is the better buy between the POCO X3 NFC and Vivo Y30?

As always, let’s start with the design. Vivo Y30 comes in blue and white colors with sunrays-like patterns omitted from the camera module. The entirety of the build is of plastic, but the device is relatively heavy at 197g. The flip side, though, is that it’s nowhere as thick as the 9.44mm of X3 NFC. POCO’s phone is even heavier at 215g. But, the added heft isn’t for show only. The sides are made of aluminum for better scratch and drop resistance, albeit with all-plastic backing. There’s an official IP53 rating here, so water splashes are no worries for this phone. Even with the unapologetic design, the X3 NFC’s blue and gray colors look more striking than Y30. All said — POCO wins the design department for us.

If you want the bigger display, X3 NFC offers a massive 6.67″ diagonal screen. The IPS LCD can go up to 450 nits comfortably, with HDR10 playback support for Netflix and Youtube, among other video streaming services. Gorilla Glass 5 serves as the first line of defense against scratches and drops, too. But, the biggest feature of the phone is the 120Hz refresh rate that renders animations twice as fast as the Y30. The only thing the Y30 has going for is the small 6.47″ 720p+ IPS LCD that’s easy to use. Regardless, that’s not enough to overcome the incredible offerings of X3 NFC.

Snapdragon 732G vs Helio P35 – if we’re to look for a word to describe this comparison, that would be “overkill.” We all know how Xiaomi, or rather, POCO, loves to include the best chipset for the price. As for Vivo, we’re not sure what the company’s mindset here — offering an entry-level SOC in 2020 for under Php10,000. Although, we have to praise Vivo for providing 128GB storage, albeit paired with 4GB RAM. While X3 NFC’s base model features 64GB storage only, you get 6GB RAM regardless of your storage preference. With that in mind, POCO wins the performance department as well.

Though both are packing quad-cameras on the back, one is clearly ahead of the other. That’s none other than POCO X3 NFC. With the 64MP sensor, it can output at least four more times sharper photos than the 13MP of Y30. You can also expect better video quality here, thanks to the chipset’s capability to record up to 4K@30 resolution, as opposed to the FHD of Y30. Much the sensors, the resolution difference between the two is quadruple.

As for the selfie cameras, both may be capped at FHD@30fps, but X3 NFC still has the advantage — thanks to the bigger sensor. I guess there’s no other way of putting it — POCO wins this one once again.

It’s rare to see mid-range phones, let alone affordable ones, with decent speakers. This is why POCO X3 NFC is special in this regard, as it sports stereo speakers with 24-bit hi-res support for higher quality audio playback. Due to the better speaker system, the chances of sound distortion at the highest volume is minimized, and the overall quality is just better. But, hey, at least the Y30 still has an audio jack.

See the official SRPs of each device below:

Picking out the base model of X3 NFC, the only advantage of the Y30 is that bigger storage. Apart from that, there’s really nothing else that could make you consider getting it over POCO’s device. Heck, not even FunTouch OS that looks a lot like iOS can, unless you or that person really likes a cheap iOS clone. Even if the POCO X3 NFC costs Php10,990, no one should pay Php9,999 for a device that should cost under P6,000.