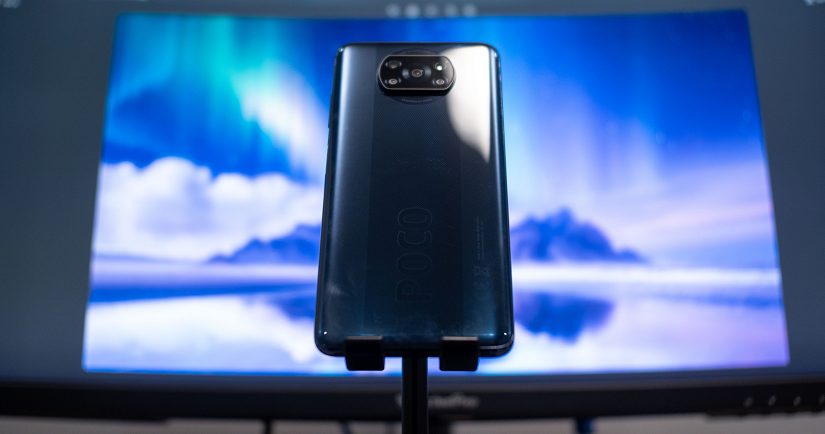 It’s been a little over six months since POCO announced the X3 NFC, arguably the best affordable mid-range phone you could find last year. And while the phone is still up for purchase today, it’s now facing real competition from the Redmi Note 10 Series, as well as its bigger sibling, the X3 Pro. Despite these phones sharing nearly the same price points, does the X3 NFC still stand a chance with its outdating hardware? Let’s find out in our POCO X3 NFC 6-month review.

Even though POCO X3 NFC’s design can be described as bold and unique, we sure appreciate it hasn’t aged as quickly as we thought. As you can see from the POCO X3 Pro, it has identical schematics and design cues, such as the stripe pattern and a huge camera hump. But in the case of X3 NFC, the glossy, plastic backing is prone to smudges. While you can easily wipe them with a cloth, scratch resistance is a different story. Regardless of how much you take care of the X3 NFC, the back easily acquires deep and micro scratches. The first unit that I had came with a deep scratch during its first two weeks, while the one I have right now only shows hairline scratches.

Most users tend to opt for a casing to protect their precious investments; however, this contributes to the ergonomics of the X3 NFC since it’s already heavy and bulky. While the large battery inside is partly to blame, shaving a few mm wouldn’t hurt, now would it?

Overall, POCO X3 NFC won’t feel as old as it was six months ago as Xiaomi has re-use the design for the X3 Pro. Maybe in the next iteration, POCO could switch back to glass for ‘naked’ users out there.

READ: Redmi Note 10 Review – Is it the New Midrange Killer? 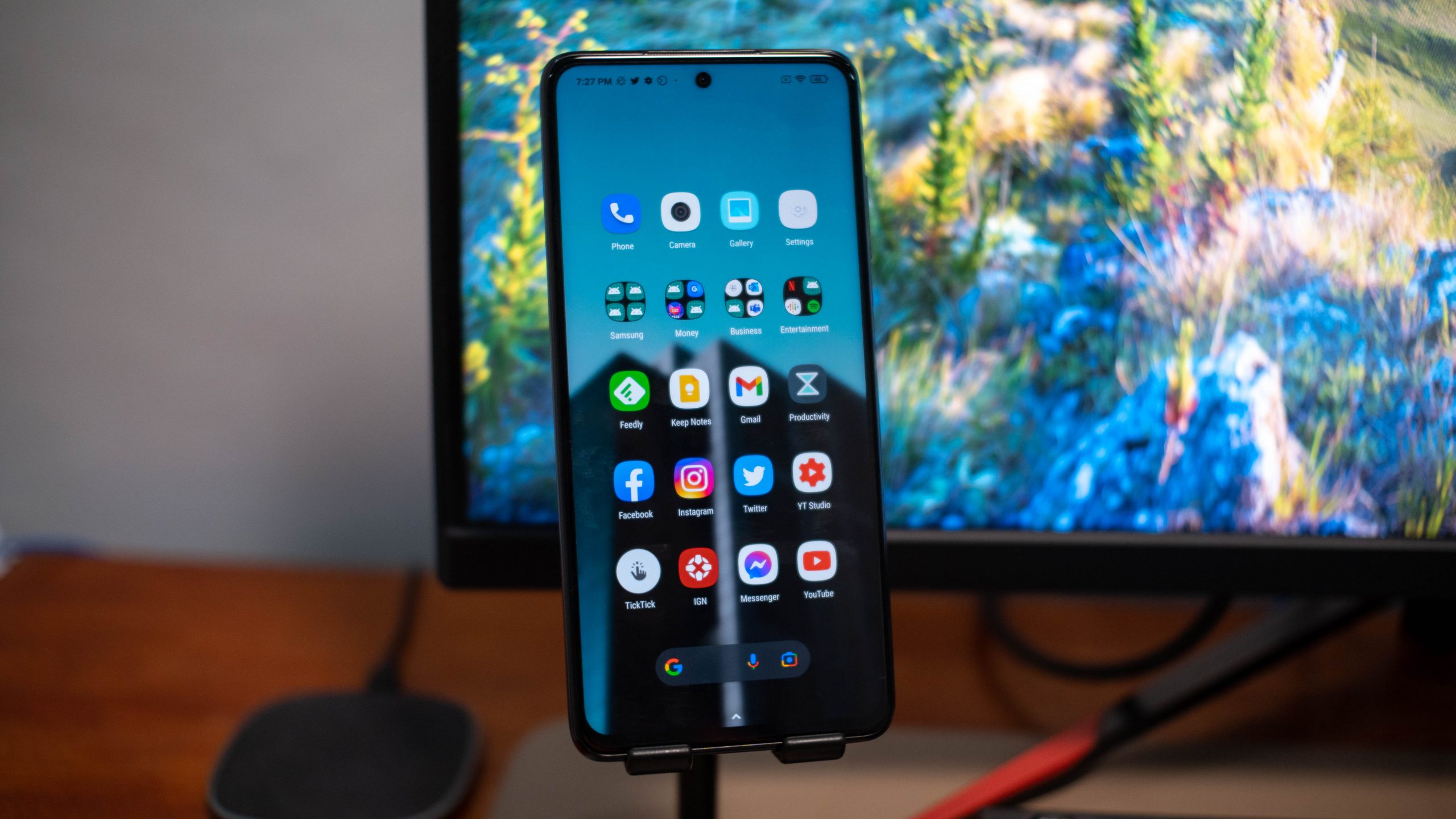 POCO X3 NFC is the first affordable smartphone with a 120Hz display, helping its case on the market against Realme 6 and even Realme 7 Series. Since it was slightly ahead of its time, the combination of 120Hz and FHD+ IPS LCD is still relevant today. However, the release of the Redmi Note 10 Pro with 120Hz AMOLED surely may entice other buyers to switch for a better viewing experience. But if one is coming from the X3 NFC, there’s no reason to switch to the latest Redmi Note as we don’t see the upgrade to be that huge. The sentiment may be different if one is coming from an older phone.

Nevertheless, the display of X3 NFC is more than enough to satisfy the average consumer whether it’s for the responsiveness or video experience. And, we can’t think of a name that offers 120Hz at a very affordable price tag.

Snapdragon 732G continues to age well, especially with the emergence of countless renamed old SoCs from Qualcomm. You’re looking at a snappy day-to-day performer with excellent battery efficiency, as well as good enough power for medium gaming. It’s not a budget do-it-all phone as we think that’s the X3 Pro. But if you’re looking for just the right phone for socials, video, or TikTok, this is the way to go.

The one thing I have to mention is the configuration you need to get. If you keep a lot of games on your phone, 64GB won’t be enough. I have a couple of games partially installed (PUBG and COD Mobile), meaning other resources aren’t fully downloaded yet, but my free storage is already down to 15%. Take note: videos and photos only account for 2GB. That said, I highly recommend going for 128GB; it’s better to get higher internal storage than to purchase a slow and cheap microSD card.

Regarding the issues with the X3 NFC during launch, with the most notable one being the frame drops, I’m glad to report it has been fixed already. MIUI 12 feels smoother, faster, and more stable now. Though late notifications are still a problem over most MIUI devices and I have yet to receive Android 11.

The same positive sentiment applies to the capacitive fingerprint scanner. 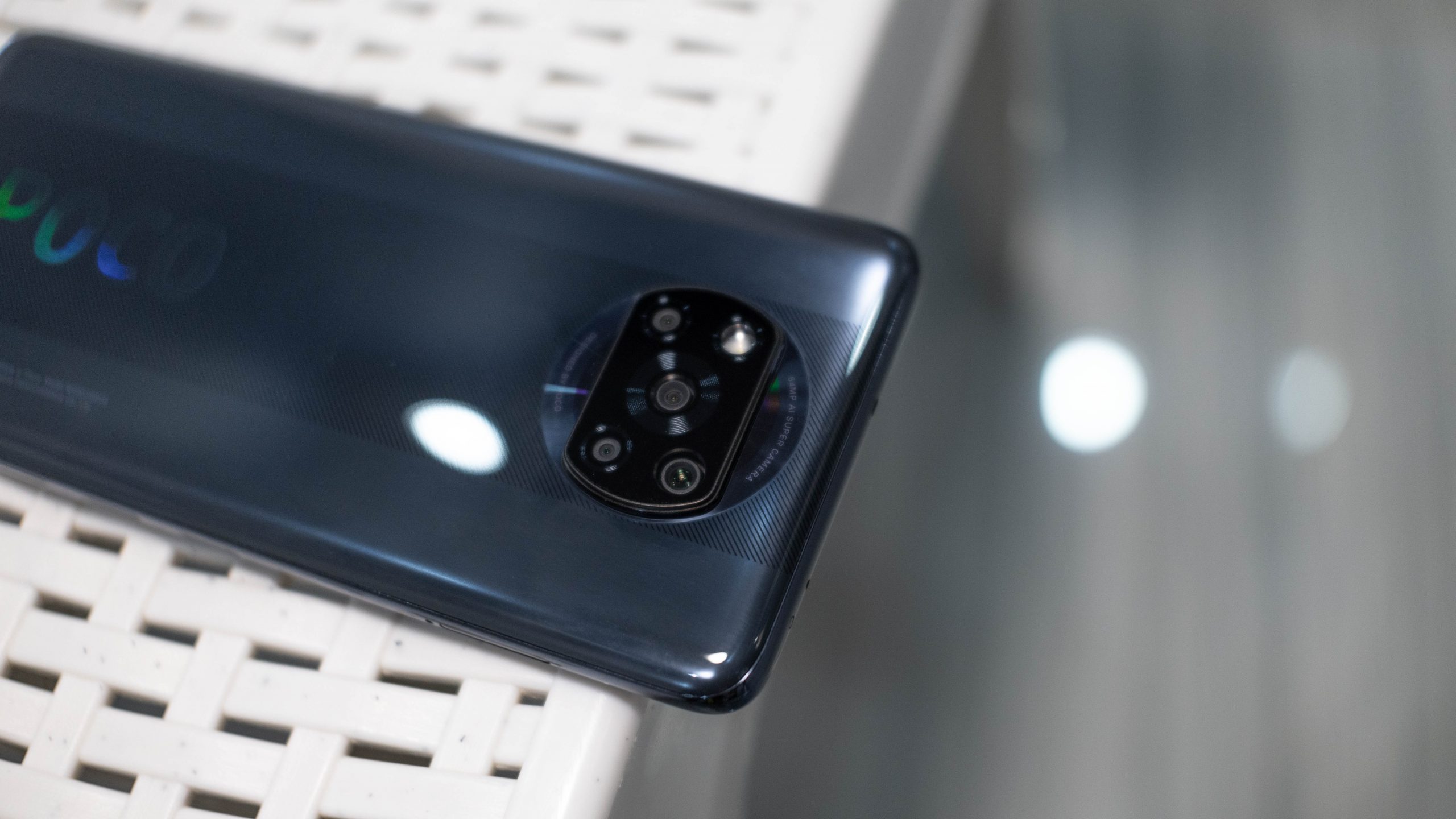 While Android 11 has yet to arrive on POCO X3 NFC, camera-centric users shouldn’t worry about the built-in modes of the stock camera app. VLOG, Dual-Video, Slow Motion, Long Exposure, and even Clone are all available on MIUI’s Android 10 version.

When it comes to the quality of the quad-cameras, particularly the 64MP main and 13MP ultrawide, they’re excellent in well-lit scenarios and good enough in low-light. The biggest change, however, arrives in Night Mode. Gone are the heavily-lifted shadows during launch. Instead, Night Mode delivers brighter and smoothened (but less noisy) photos in challenging scenarios. Is it better? Yes.

On paper, POCO X3 NFC holds the hardware advantage compared to the X3 Pro but clearly falls short against the Redmi Note 10 Pro. Regardless, the cameras are more than enough for what you need them for.

While we were surprised to see the POCO X3 NFC coming with one of the best haptics in an affordable phone, it’s not without its drawbacks. Whether you’re listening to music or watching a video, the back of the phone vibrates too strongly to the touch. As a result, your hand might develop a numbness-like feeling after quite a while. It sounds ridiculous but that’s how exactly I felt during my time with the phone.

Luckily, the 3.55mm jack is still here and offers a decent alternative. 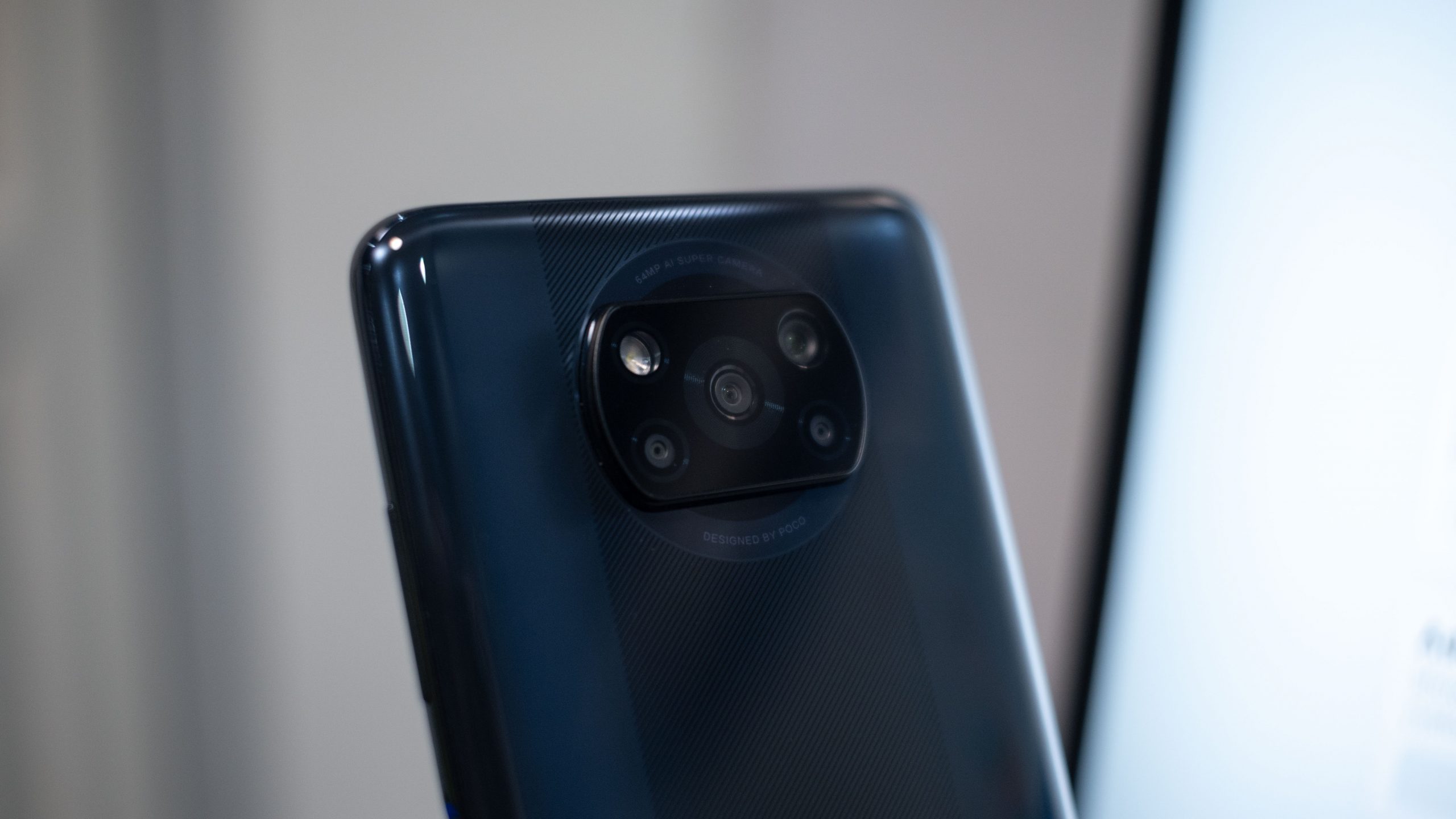 Pairing the Snapdragon 732G with a generous 5160mAh battery results in a solid day (sometimes a day and a half) of use with the POCO X3 NFC. But with the pandemic and lockdowns upon us, a “full-day battery life” seems to have a new meaning, at least with smartphones. Regardless, getting six to seven hours is an easy feat here, especially when most of the task involves watching and scrolling. But if you plan on gaming from full to zero, four hours is all you’re going to get.

With the 33W fast charger, no complaints here. I did read some reports regarding overheating while charging, but fortunately, I never had that issue, even with the scorching heat of the summer season. 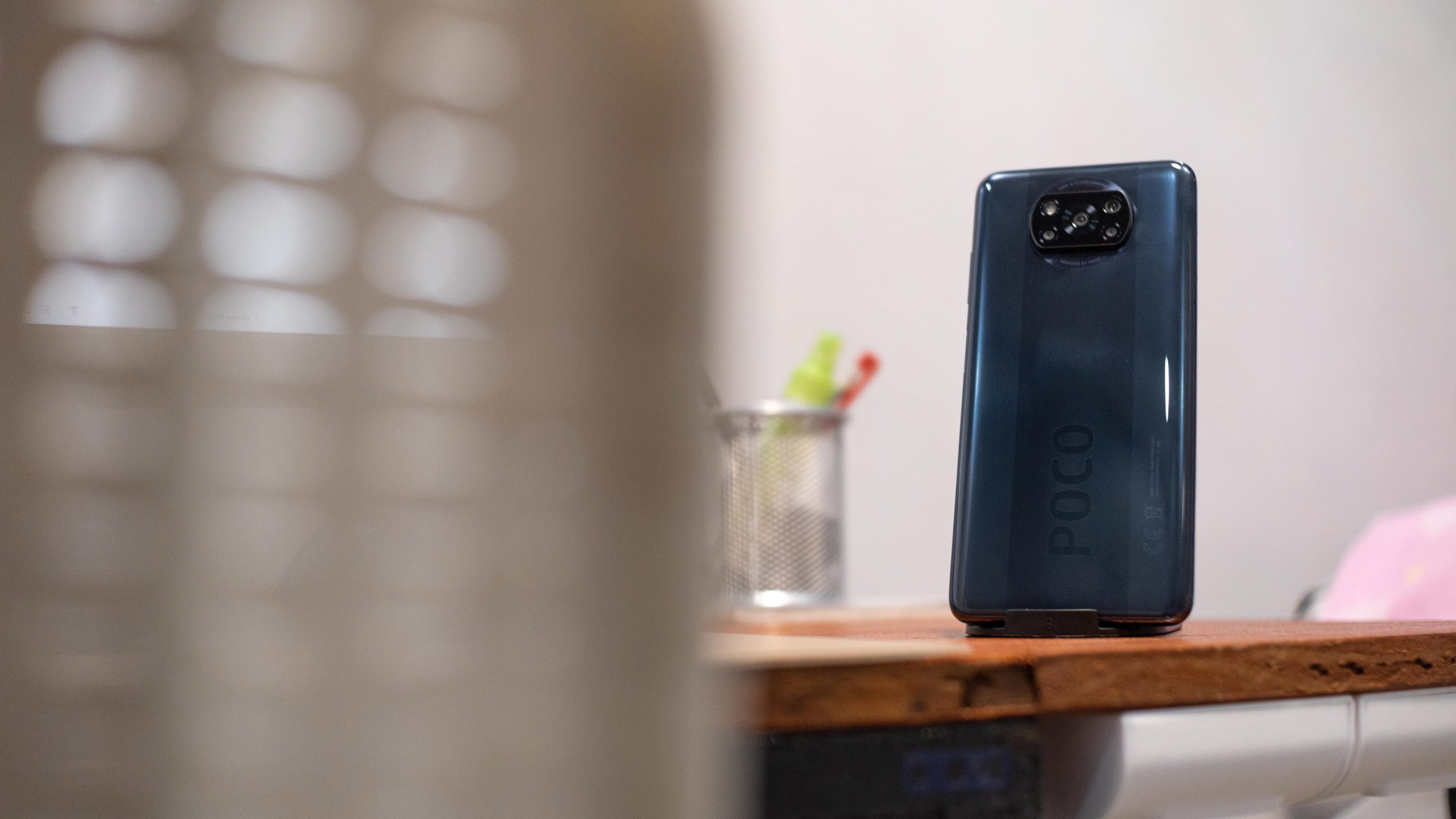 As a daily driver, POCO X3 NFC can still go up against its sibling. Although buying a brand new one might not be the best option for most of you, owners should know that this isn’t the best time to swap out your phone for either the Redmi Note 10 Pro or POCO X3 Pro.

Nokia 5710 XpressAudio Review – Nostalgic With a Touch of Gen Z