Launched in Japan, Sony has announced the latest Xperia 8 — a cheaper alternative to the mini-flagship Xperia 5. The phone has a price of ¥54,000 or P26K when roughly converted to Philippine peso. It will be exclusive to Japan with an October availability date. 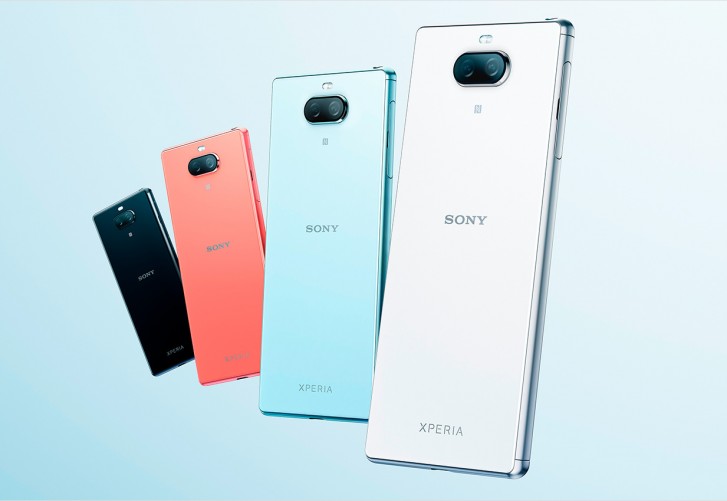 Like the latest Sony phones, the Xperia 8 is a tall mid-range phone thanks to the company’s 21:9 cinema-grade aspect ratio display. It features a less punchy FHD+ IPS LCD panel but comes covered in Gorilla Glass 6, as well as the back panel that comes in white, black, blue, and orange colors.

The back features two main cameras — 12MP f1.8 and 8MP f2.4 ultrawide. Although the front side has an 8MP f2.0 selfie camera, the top bezel is large and looks like it’s housing another camera sensor. But apparently, the other hole is for the LED notification. In a typical (Sony) manner, there’s an LDAC audio jack and NFC connectivity. While the accompanying features look impressive, the main specification might be a bit lacking.

Available in 4GB RAM and 64GB configuration, the Xperia 8 is powered by a Snapdragon 630 chipset. Furthermore, there’s only a 2760mAh battery which supports 18W fast charging via USB Type-C. Like the Xperia 1 and Xperia 5, the power button/fingerprint scanner is on the right side — featuring the company’s Side Sense gesture — double-tapping to access quick apps menu. The Xperia 8 is clearly veered towards Japanese users as it comes with IP58 water and dust resistance rating.