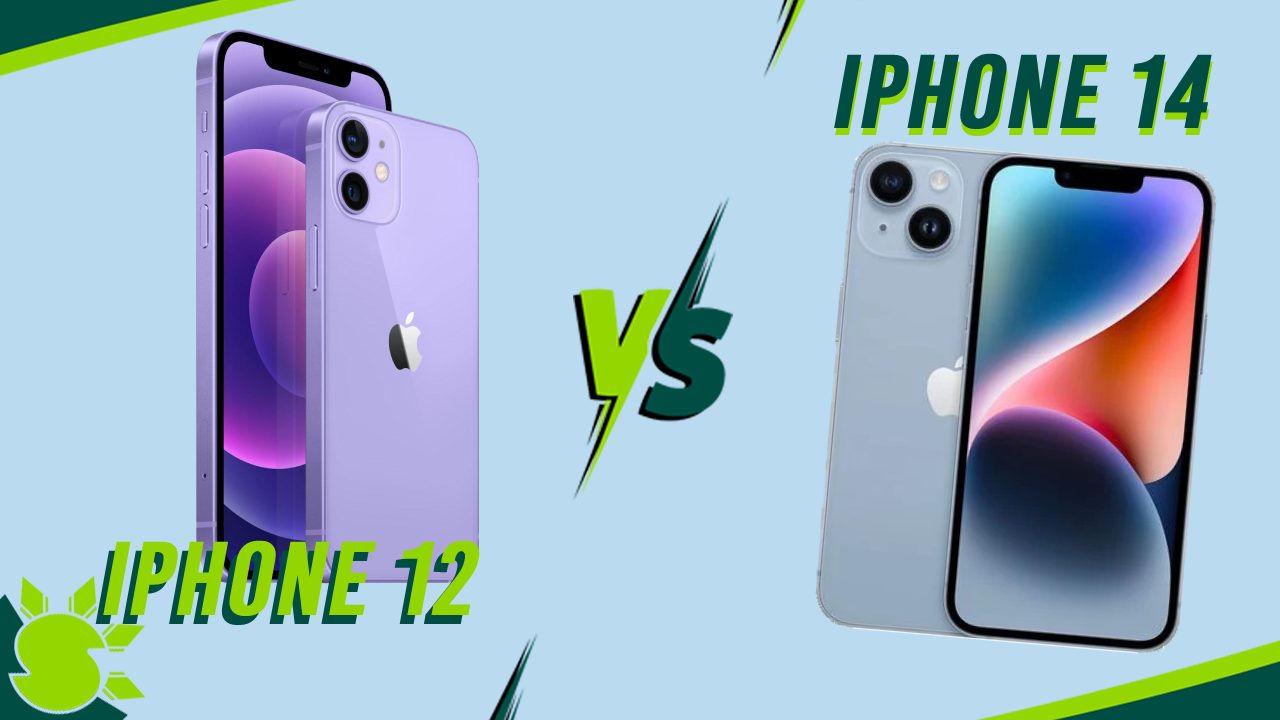 The iPhone 14 series recently launched on sale throughout the world, providing consumers with the most contemporary Apple technologies. While the Pro, Plus, and Max versions receive significant enhancements, the iPhone 14 remains quite identical to the company’s previous generation model. Still, if you don’t want to spend a lot of money on a new iPhone this year, the A15 bionic CPU and tiny form size make it an attractive alternative. However, if you currently own an iPhone model, such as the iPhone 12, would it make sense to spend more money and upgrade to the new iPhone 14 model?

Despite being two generations apart in design, the iPhone 14 and iPhone 12 have a lot in common. Clearly, Apple is not attempting to differentiate the new model from its predecessors, at least for the vanilla iPhone model.

Both phones come in a variety of colors. The iPhone 12 was available in black, white, red, green, blue, and purple. The iPhone 14 lacks the green option but adds Midnight and Starlight to the previously stated hues.

Both phones are IP68 certified and have a ceramic glass covering their screens.

The vanilla iPhone models have seen no substantial updates in recent years. So the iPhone 14 and iPhone 12 share the same Super Retina XDR OLED display with a 6.1-inch diagonal, a Full HD+ resolution of 1170 x 2532 pixels, HDR10 certification, and Dolby Vision compatibility. Even in terms of refresh rate, both phones have a 60Hz panel, as opposed to the Pro versions, which have ProMotion displays with a smoother refresh rate. The iPhone 14 does, however, have a brighter display screen at 800 nits, as opposed to the iPhone 12’s 625 nits.

Also, owing to the wide notch on the front of the screen, the two phones feature 3D face recognition.

The Apple iPhone 14 is powered by last year’s Apple A15 Bionic chipset, which is manufactured in a 5 nm process and features a Hexa-core architecture comprised of two Avalanche CPUs operating at a maximum frequency of 3.23 GHz, four Blizzard CPUs running at 1.82 GHz, and a 5-core Apple proprietary GPU. It also has 6GB of RAM and an inbuilt storage capacity of up to 512GB.

As you may have noted, the A15 Bionic is last year’s processor (from the iPhone 13 Pro), and unlike the Pro versions this year, the iPhone 14 does not have the newer generation A16 chip. This also implies that there will be no discernible change in performance when compared to the iPhone 12. The processor within the iPhone 12 and the iPhone 14 differ only by a single generation.

The iPhone 12 lags behind in terms of RAM and storage, with the cheapest edition offering only 4GB of RAM and 64GB of internal storage.

Don’t be fooled by the two versions’ comparable 12MP twin camera configurations. The iPhone 14 offers superior cameras in practically every category. The iPhone 14 has a 12 MP primary camera with sensor-shift OIS and a secondary 12 MP ultrawide camera. A 12MP selfie camera with 4K video recording is included.

The main changes, though, are in the details. For example, the new iPhone 14 has a bigger aperture of f/1.5 compared to f/1.6 on the iPhone 12. The newest model also has bigger 1.9m pixels as opposed to the earlier model’s 1.4m. The new model also includes a new Photonic Engine that uses Deep Fusion technology to provide better low-light photographs than previous generations.

Even the selfie camera has been improved, with autofocus capability and a wider f/1.9 aperture for better low-light selfie shots.

The iPhone 14 is believed to have a 3279 mAh battery. This is a significant improvement over the earlier iPhone 12 model’s modest 2,815mAh battery. The charging speed has also been improved, with the new model offering 25W charging as opposed to the iPhone 12’s 20W.

Faster charging, a bigger battery, and a more efficient CPU should result in longer battery life on the new iPhone 14 model.