Intel is finally making official the new generation of its compact gaming PC, the NUC 12 Extreme. Direct successor to the NUC 11 Extreme and rival to the Mac Mini, the model is equipped with all the latest hardware features that could not fail to implement support for the 12th generation of “Core” processors.

Also known by the codename “Dragon Canyon”, the NUC 12 Extreme is accompanied by the “NUC 12 Compute Element” kit with the new LGA1700 socket, also allowing the addition of advanced components such as video cards and additional RAM modules. In the front area of ​​the case, you can find the RGB lighting.

The NUC 12 Extreme can be equipped with 65W TDP processors, including the 16-core, 24-thread Core i9-12900, as well as offering maximum clocks of 5.1GHz and 30MB cache. The new platform does not seem to support DDR5 memories yet, but guarantees compatibility with up to 64GB of DDR4-3200 RAM. 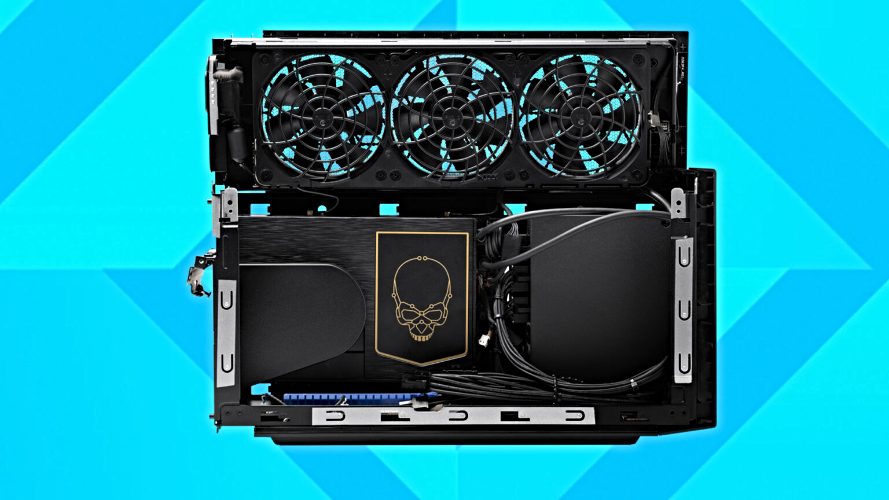 Since Intel’s miniature PC adopts the modular philosophy, upgrading the hardware is extremely easy via the triple M.2 slots attached to the 4th generation PCI Express lane. On top of that, there’s also a 5th-gen PCIe lane that supports all the latest accessories, including up to 12-inch chassis graphics cards.

The NUC 12 Extreme offers multiple ports, including one HDMI 2.0b, two Thunderbolt 4, six USB-A 3.2, two USB 3.1 and two USB 2.0. For connectivity, there’s support for Wi-Fi 6E and Bluetooth 5.2, as well as a 10Gbps Ethernet port with an additional 2.5Gbps input for the Core i9 versions.