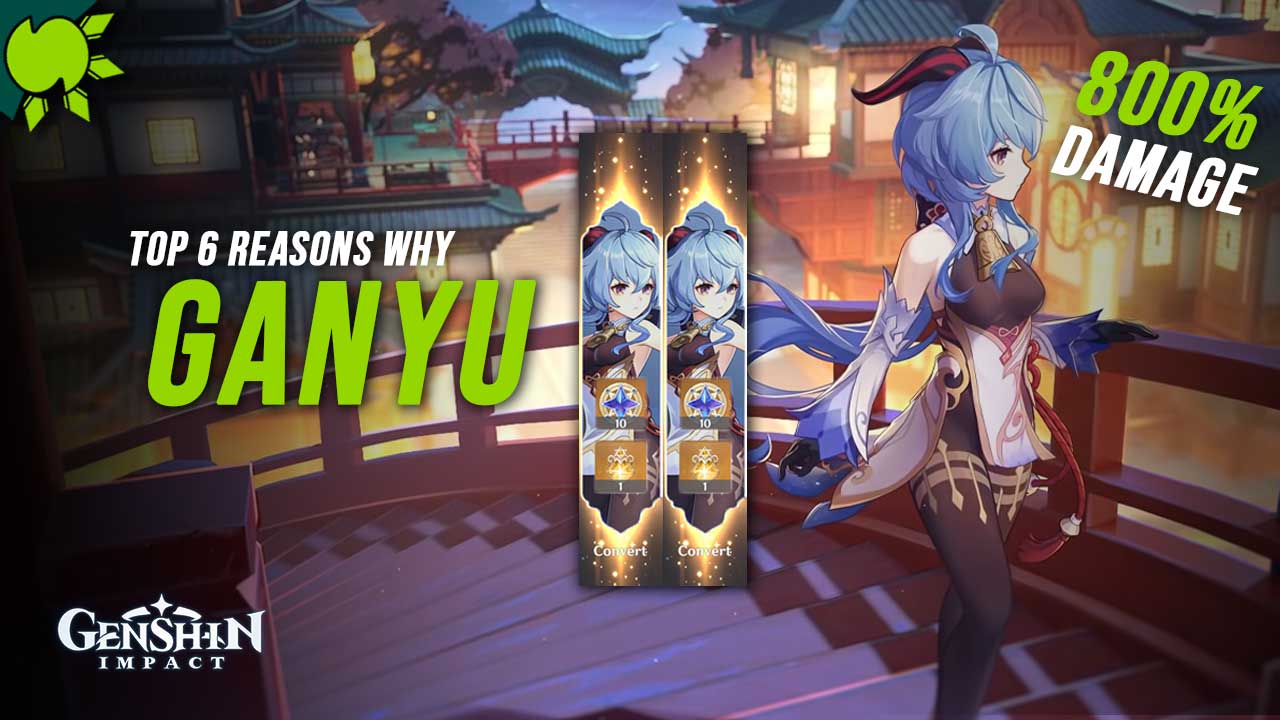 Genshin Impact is a sought-after game right now. I bet you played this game and knew about the strategies, realistic physics, and damage multiplier calculations. But having a wide variety of characters to choose from is quite a brainstorming as farming and building characters are hard and take time. So picking these 4 characters in your party should be the best since you will give time and effort leveling them. But the main question–why should Ganyu be at your party? Does she have good skills? 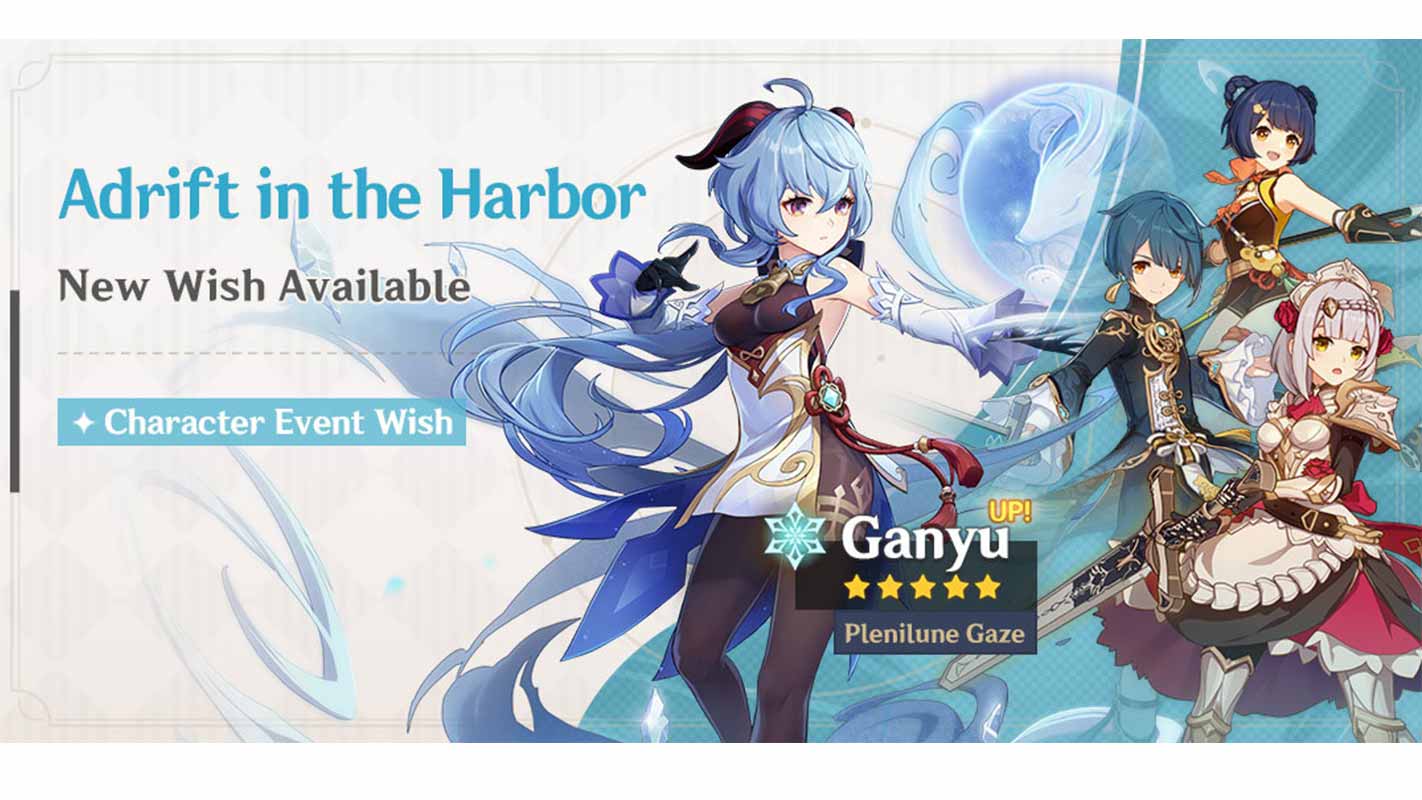 If you’re a F2P player, it’s pretty hard to decide which is the best character to pull in that soft pity. miHoYo knows how to taunt players with their 5-star banners along with three 4-star with higher pull chances. But it is pretty fun and exciting when news about new character banners arrive. The last banner–Albeido–for me is not worth it since I don’t build Geo characters, but the 4-star supporting characters especially Sucrose and Benneth are taunting–I need those two in my party for buff and debuff for my Mona. I love the damage multiplier of Mona’s burst damage but I didn’t get to pull at least C1 Benneth because I am near the soft pity and I am saving for the next character banner. So I researched everything about Ganyu if she is worth it, if she’s not, then I will be pulling for permanent and weapon wishes instead until the next character banner update. 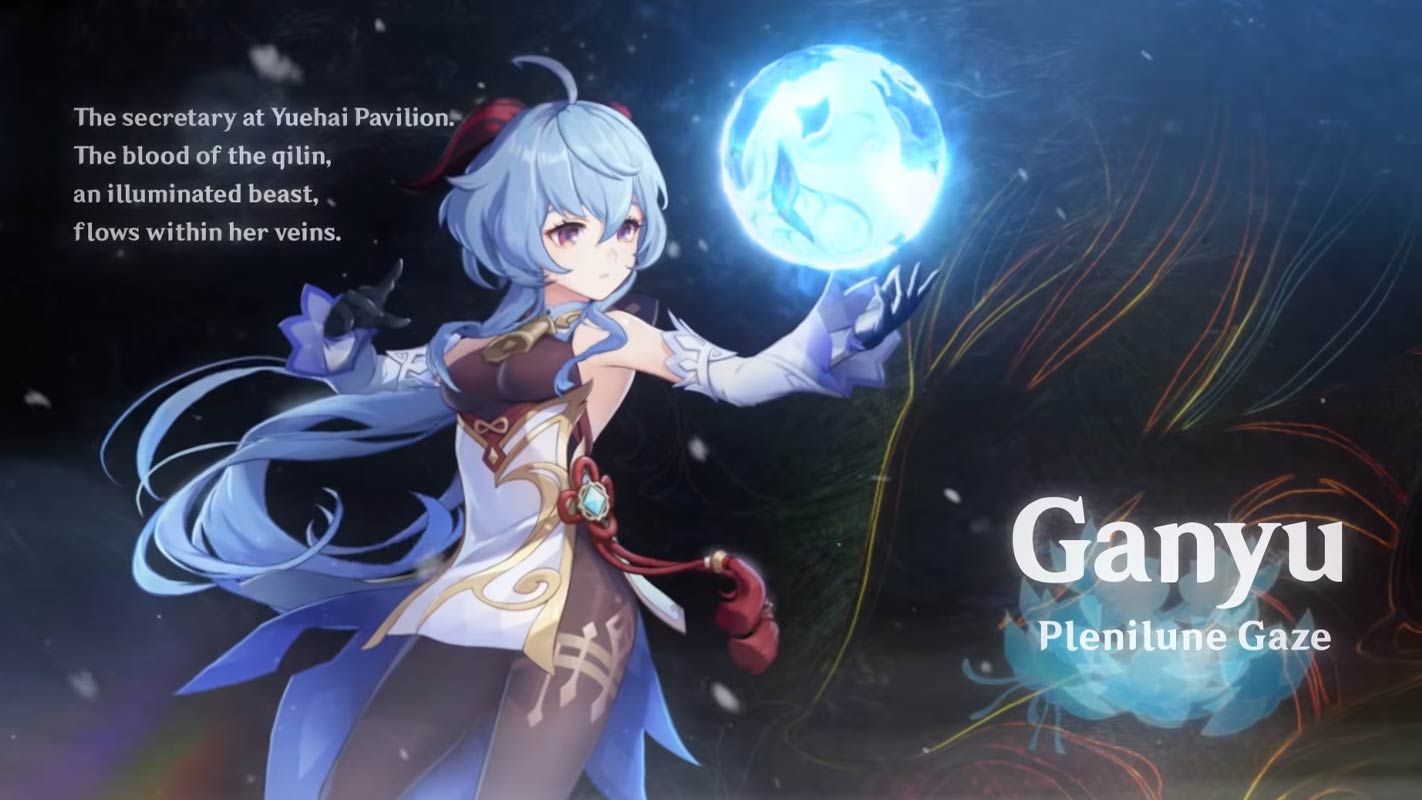 First of all, Ganyu is a Bow user with Cryo vision, her active and passive skills can be either for DPS or Utility, but two things you have to keep in mind: if you’re planning to DPS Ganyu you should have either Cryo resonance for extra crit and/or hydro character for froze effect as she will deal tons of damage on her charged attacks. 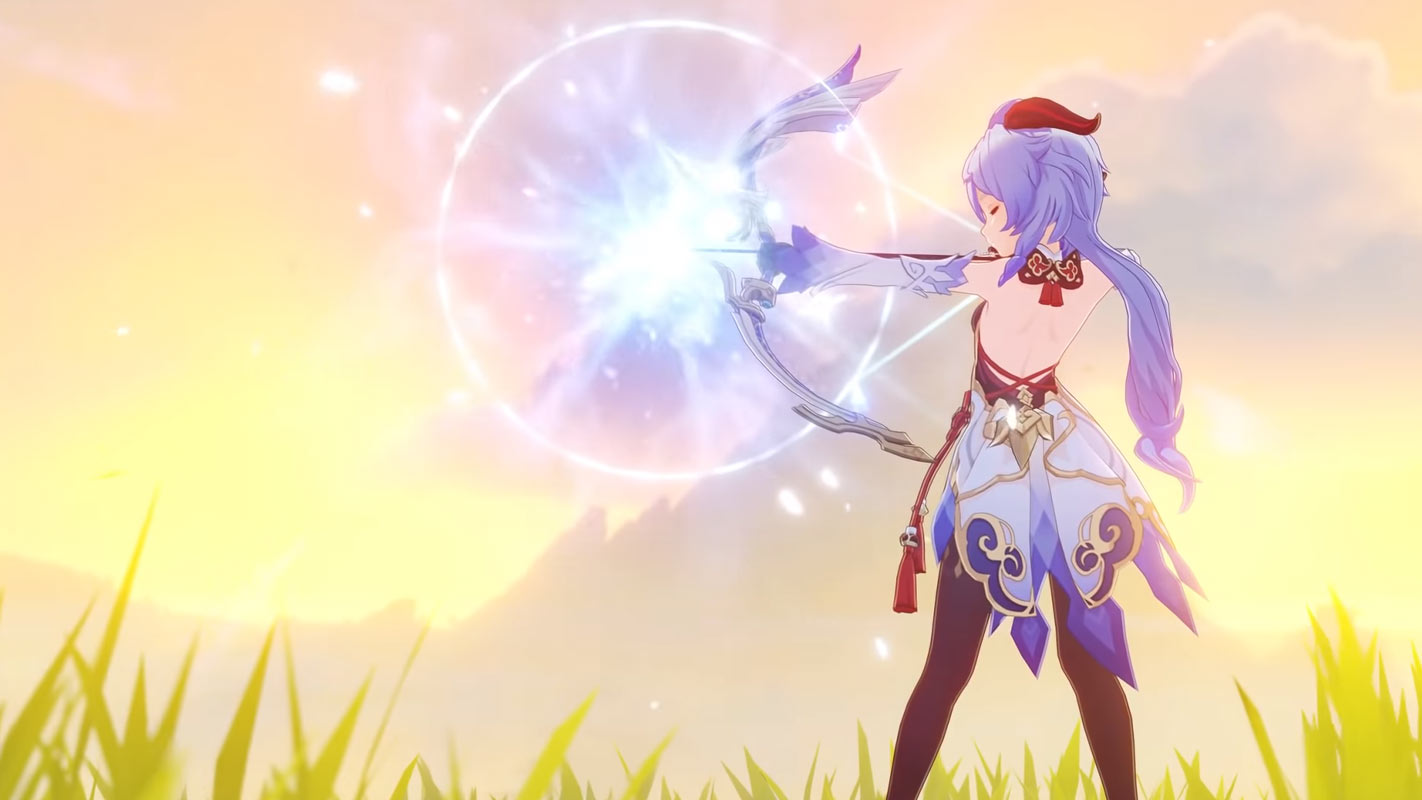 It takes 2-seconds to charge and fire off a Frostflake Arrow that deals Cryo Damage up to 300% damage multiplier at talent LVL 15 and then blooms dealing AoE Cryo damage with up to 500% AoE damage for a total of a whopping 800%+ DMG in one single bow hit. So positioning and hard CC like Frozen elemental reaction is the best choice to fire that 2nd charge. For me, she is more likely to be a utility support character because of the debuff and buffs as well as great CC on its skills and besides you can position yourself far from the enemies and fire charged attacks while your party deals the damage in CO-OP. But then again it depends on your party on how you will build Ganyu, so let’s get back to the main reason you clicked this article.

READ: Lenovo Legion Duel Review – What does it feel like to have a Gaming Phone?

You should pull for Ganyu because

Ganyu’s active skills and passive skills are a very good utility if you have Hydro or Cryo Char as your Main DPS but meta today in Genshin Impact is building Pyro and Electro as your main damage dealers. Ganyu will be underrated even if you build her as your DPS or Support. Also, the Preserved of the Hunt talent refunds 15% of the ores used when crafting Bow-type weapons, it is not useful for your daily farming. But nonetheless, the C6 Ganyu is very powerful as it fires Frosflake Arrow shot without charging it after using her elemental skill.

You don’t have good artifacts 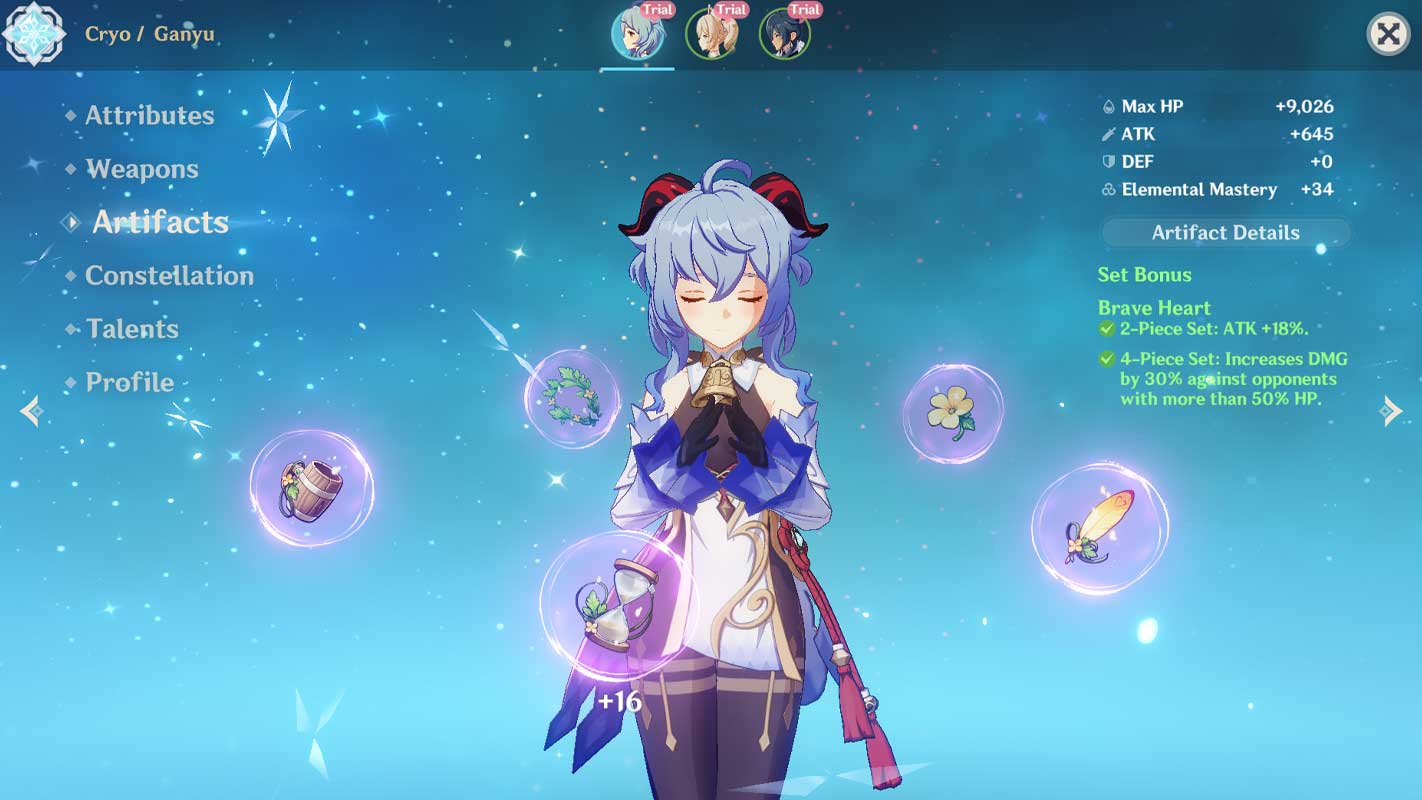 As I mentioned above, her passive skills have a great multiplier, most of her constellation and talents can stack and even if you don’t have the best artifacts yet, those passive skills will temporarily take place. There’s 15% Crit Rate of Cryo resonance plus a 20% Crit Rate of her Elemental Skill, up to 25% DMG multiplier, 20% Cryo DMG boost, and 15% Cryo RES debuff, are all in Ganyu’s passive skills not only for herself but some for Cryo damage dealers. It is quite a selfish skill or for the Cryo party only but it is a utilized skill that will multiply and amplify to deal tons of damage. What more if you rng for the best artifacts right?

She is the best utility-support character 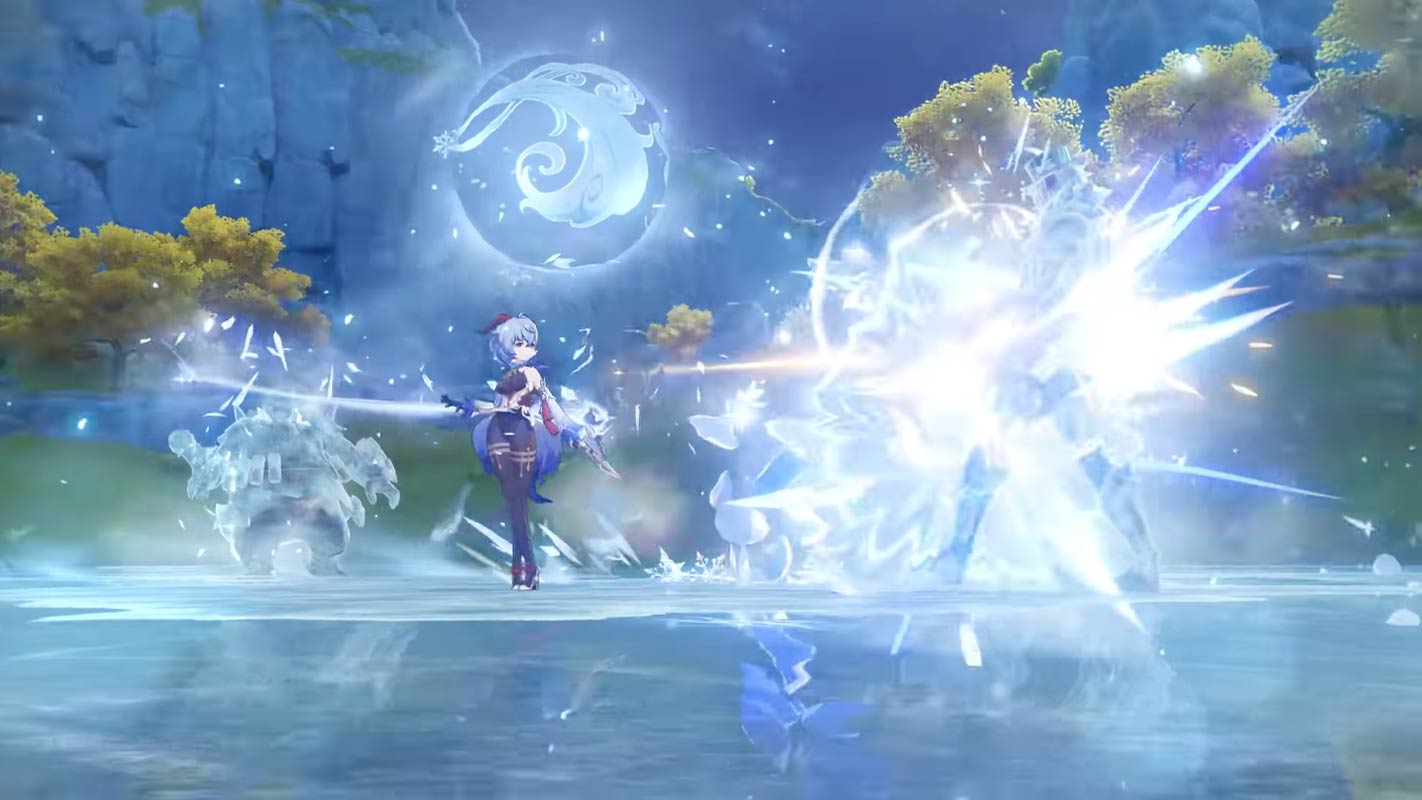 Ganyu deals with wide AOE skills, it has enough range to affect the enemies within the area, especially if you have Anemo in your party to gather all mobs in one location. But that’s not only the case, as enemies affected by hydro will be the best CC reaction to position yourself or to get free hit. Pyro and Electro characters also deal damage, Melt for up to x2 Pyro damage bonus and Superconduct for additional AoE Cryo DMG and reduce the physical resistance of the enemy.

Best party for taking down Oceanid 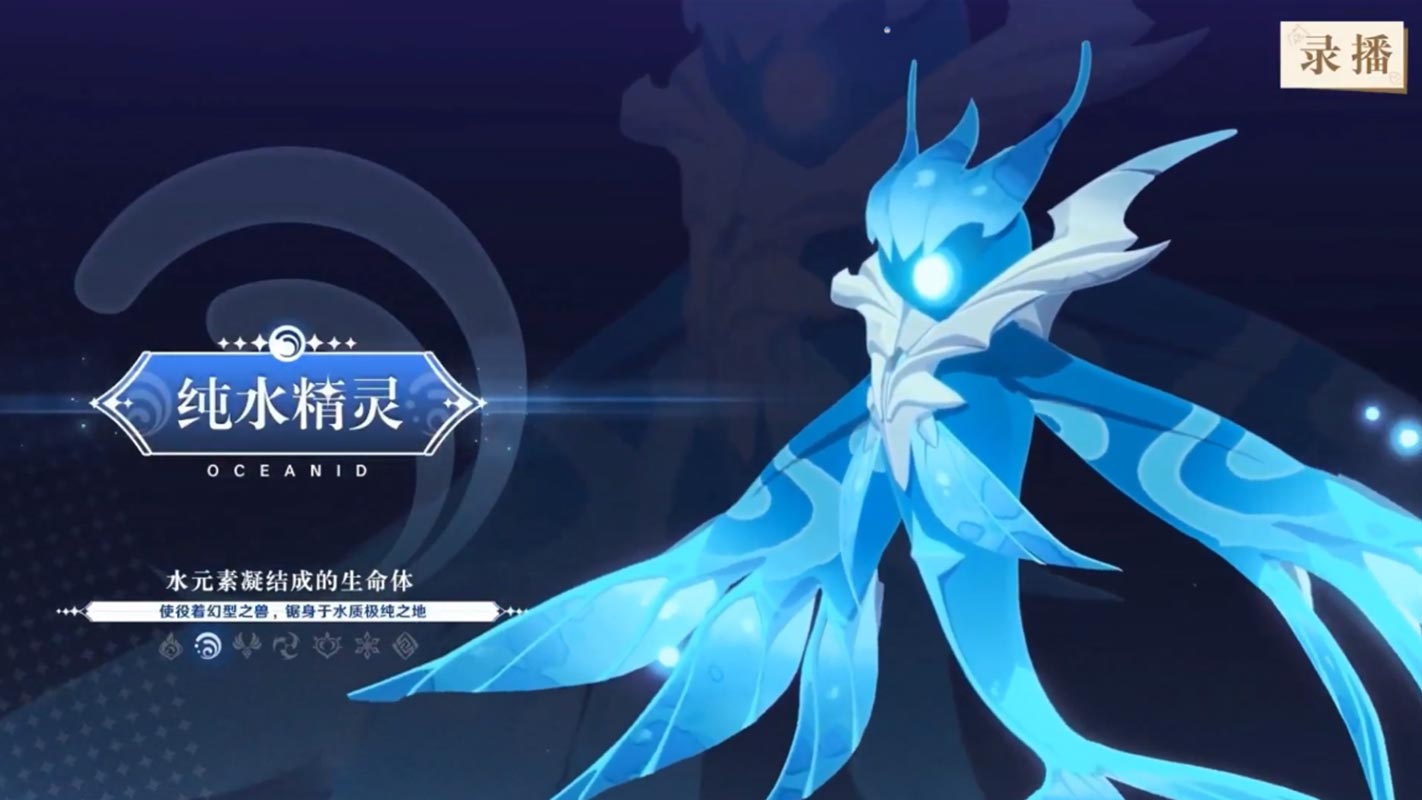 As said she is the best utility-support character. So let’s say you’re struggling to kill Oceanid, surely Fischl or Beidou will do the easy combos to kill it but if you aren’t lucky enough to get those characters as a F2P player, or if you have other DPS but still struggling to take down Oceanids, having Ganyu in your party can give you stress-free runs. 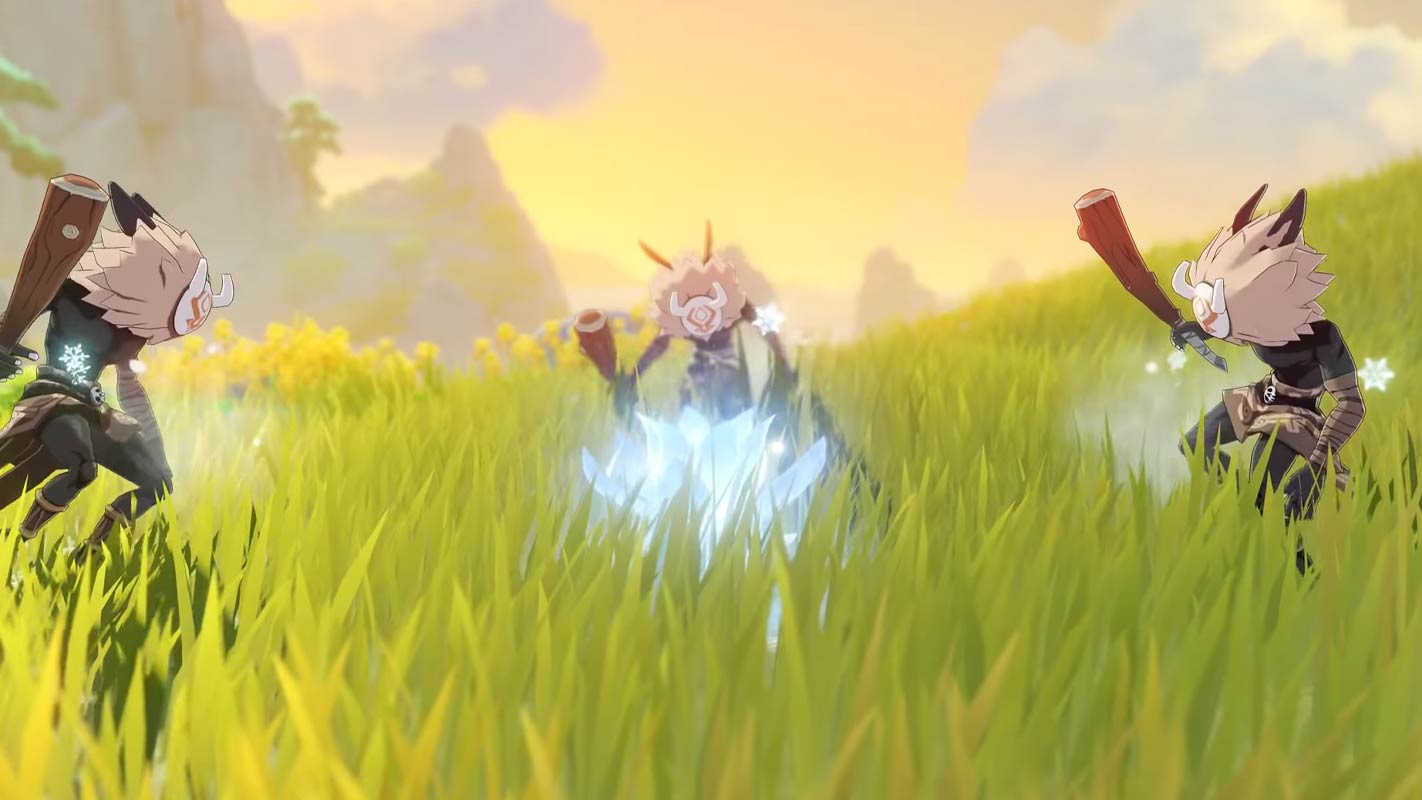 The crab, hawk, and ducks are the most annoying enemies but her Elemental skill is a taunt ability plus AOE cryo damage. Upon casting, Ganyu will dash backward, leaving a single Ice Lotus behind, dealing AOE Cryo DMG and taunts the enemies, and upon exploding, when hit, will also deal AOE Cryo DMG. The best option in a situation where you need to reposition yourself, as the elemental reaction will freeze them in a short period of time, position yourself or deal a free hit will be the viable option. Her Elemental Skill–the Ice Lotus also has endurance that scales based on Ganyu’s Max HP so building her as a Utility-Support is a great option.

Qiqi can do the freeze while healing but the taunt effect of Ganyu’s Elemental Skill plus the second explosion that will freeze the enemies again is a play safe while doing free hits.

She is best for your Chongyun DPS 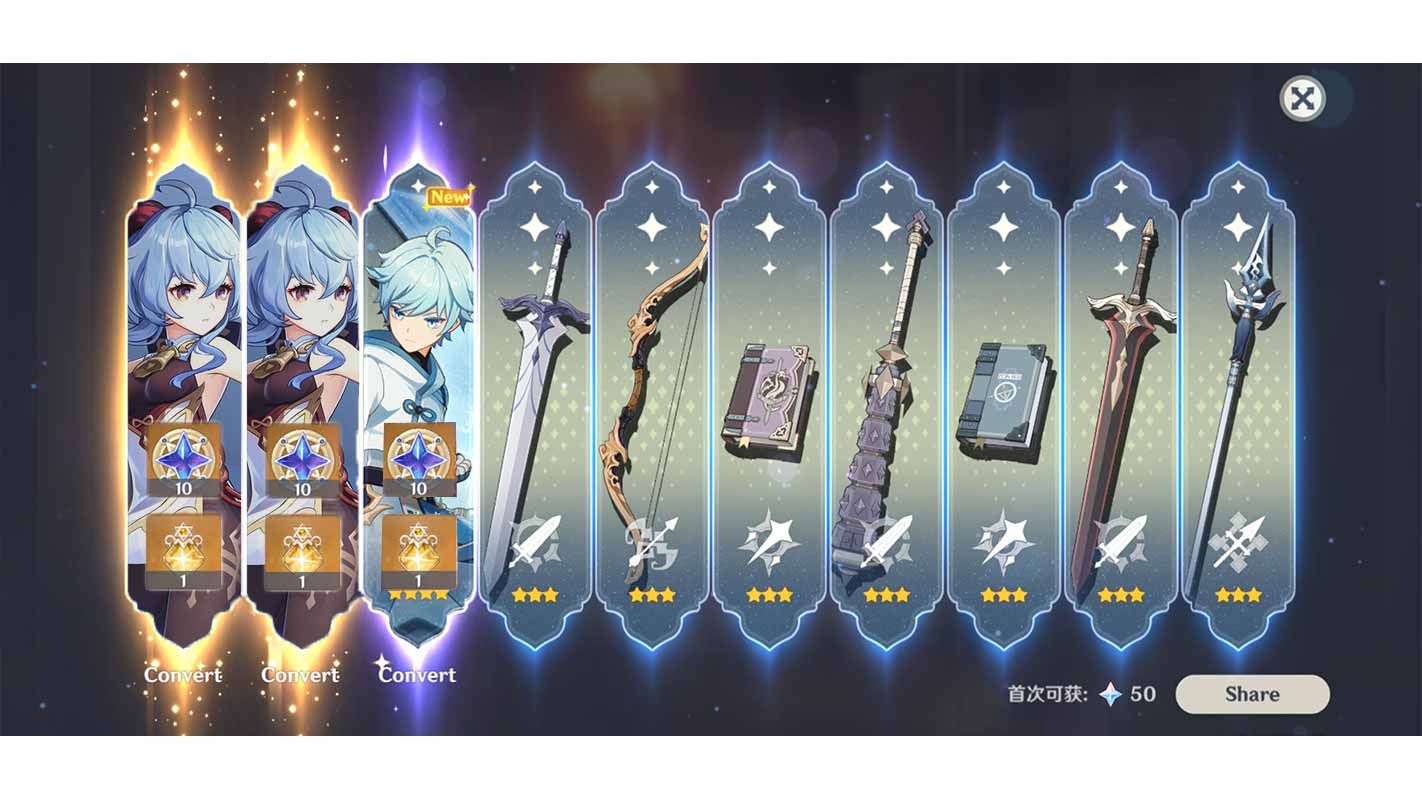 Since we can’t yet test if Viridescent Venerer artifact set plus the C1 Ganyu’s Frostflake Arrow effect and Rimechaser Blade talent of Chongyun stacks up, we cannot guarantee if the Cryo RES debuff stacks, but for sure it will as other elemental debuffs work as programmed. Though you have to keep in mind that the remaining RES debuff percentage will be cut in half if it goes down beyond 0%. To further understand what I am saying click this article.

So assuming you have your Chongyun as your main DPS, as said earlier 2 Cryo Character increases Crit Rate by 15%, Ganyu C1–Frostflake Arrow decreases opponent’s Cryo RES by 15% for 6s, Ganyu’s burst grants active members within the AoE a 20% Cryo DMG Bonus so when you activate Chongyun’s burst that’s a massive DPS and a cool thing to watch. The only problem is which Cryo character you’ll be going to be your main DPS since both Ganyu and Chongyun are good damage dealers. Not to mention those two characters, with the right set of artifacts, they regenerate additional Energy with their passives so you can use the ult again and again–unlimited brain freeze!

The best party for me–as a theory–is Chongyun, Ganyu, Venti, and Benneth. The party will be a perfect run for Abyss because of the low energy recharge cost and damage amplifiers, buffs and debuffs will deal tons of burst damage for Chongyun.

Easy build if she will be your DPS 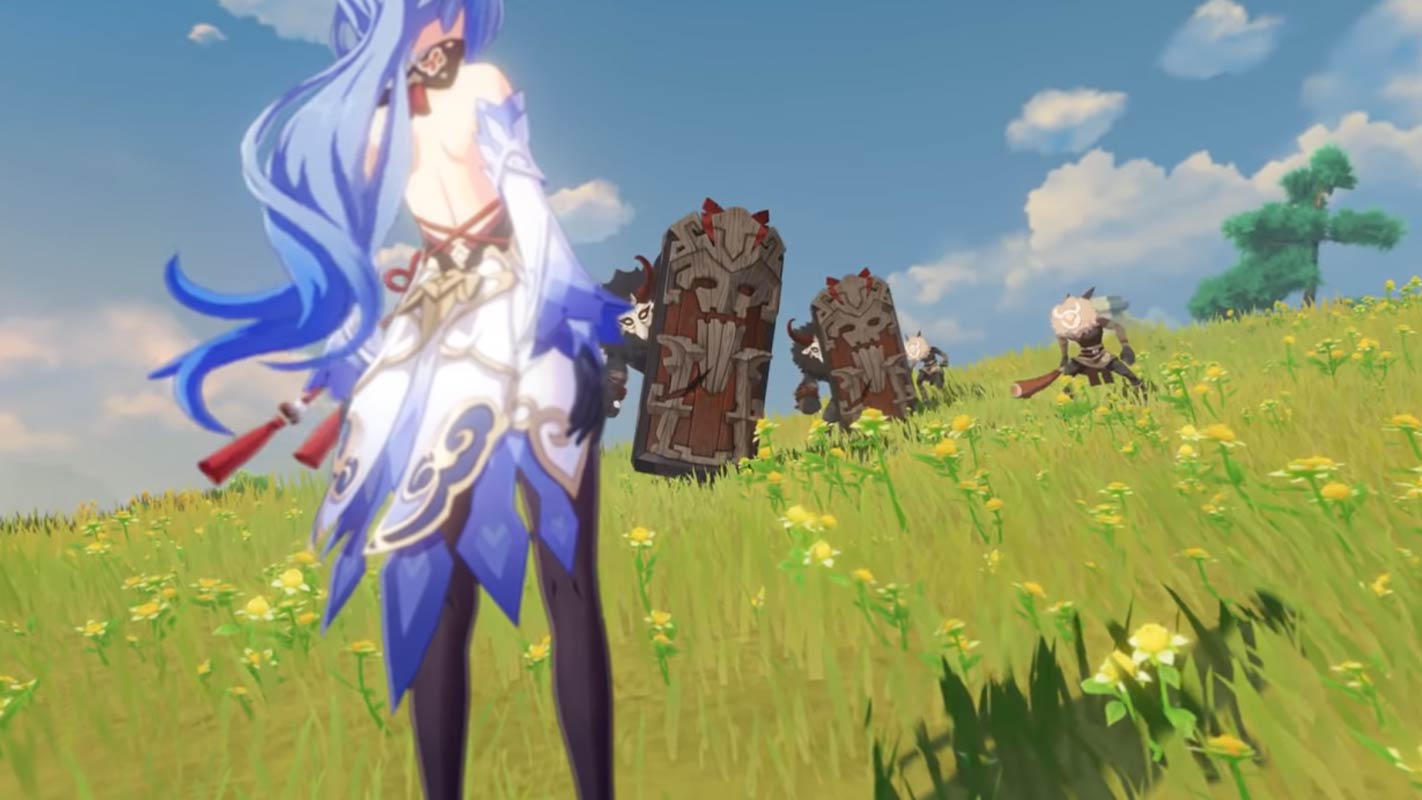 Building Ganyu means you’re aiming for that Crit DMG–who doesn’t want a Crit DMG right? If you’re lucky enough to rng for Crit Rate and Crit DMG and ups for Crit DMG substats, then she will deal unbelievable damage. 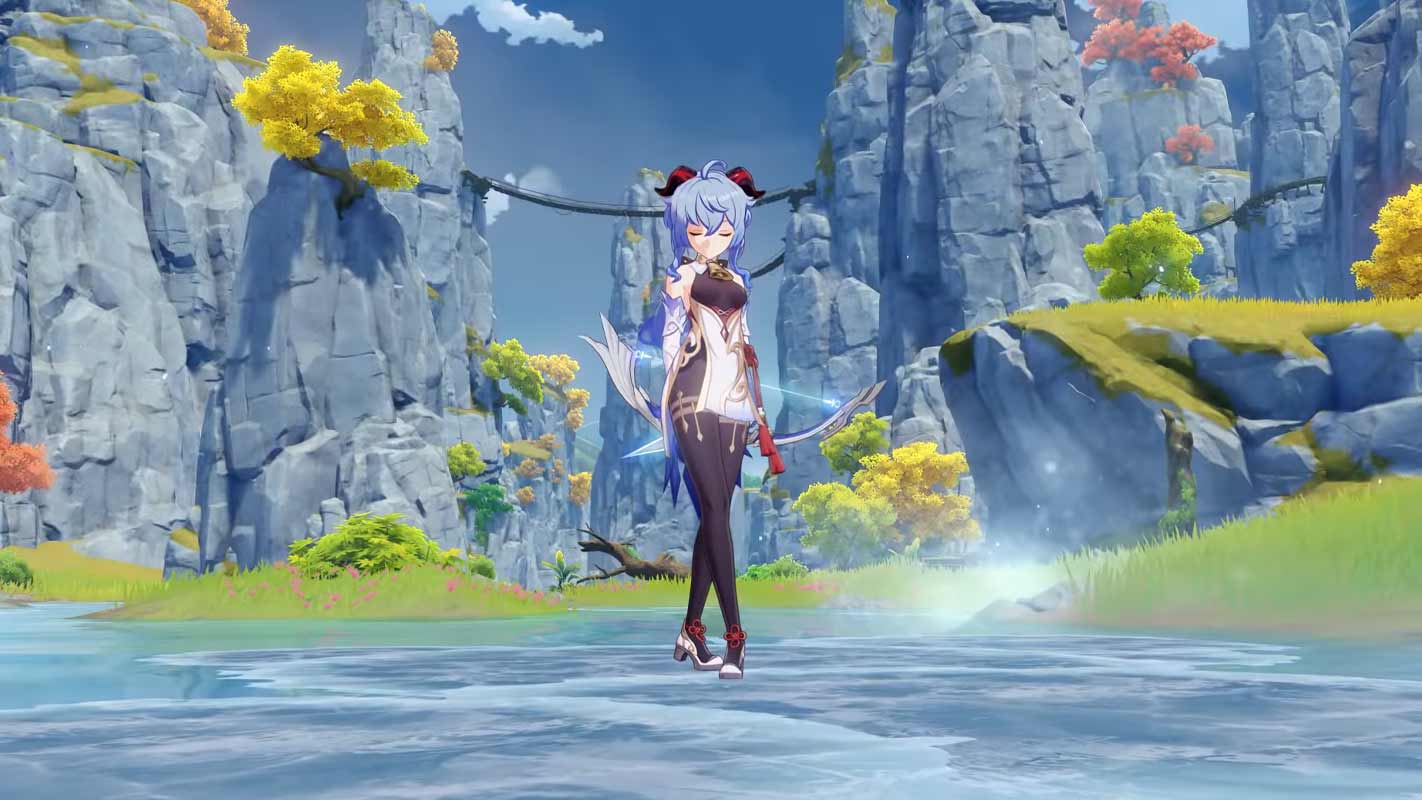 Ganyu is not the best character in Genshin Impact but she is not also the weakest. She will be a fun character to play with as she can have tons of mechanics. She is not as weak as other characters but a worthy 5-star character to pull and wish for. But if you don’t like Ganyu’s ability or she seems not fit for your party, you can just wait for Xiao Banner instead.

PlayStation 5 Pre-Order Opens Again; Get the Digital Edition for Php23,990