The Honor 30 Series is set to debut on April 15, 2020, and before we see the official specs of this phone, here’s what we know so far. Honor 30 series will be powered by three HiSilicon Kirin 5G Chipsets. This was confirmed by the company itself on Weibo. Honor 30s is officially using Kirin 820 which means Honor 30 will be using Kirin 985 and the Pro itself will use the flagship Kirin 990 processor.

Zhao Ming, the President of Honor, has released a set of official press renders of color variants for the upcoming Honor 30 Pro. 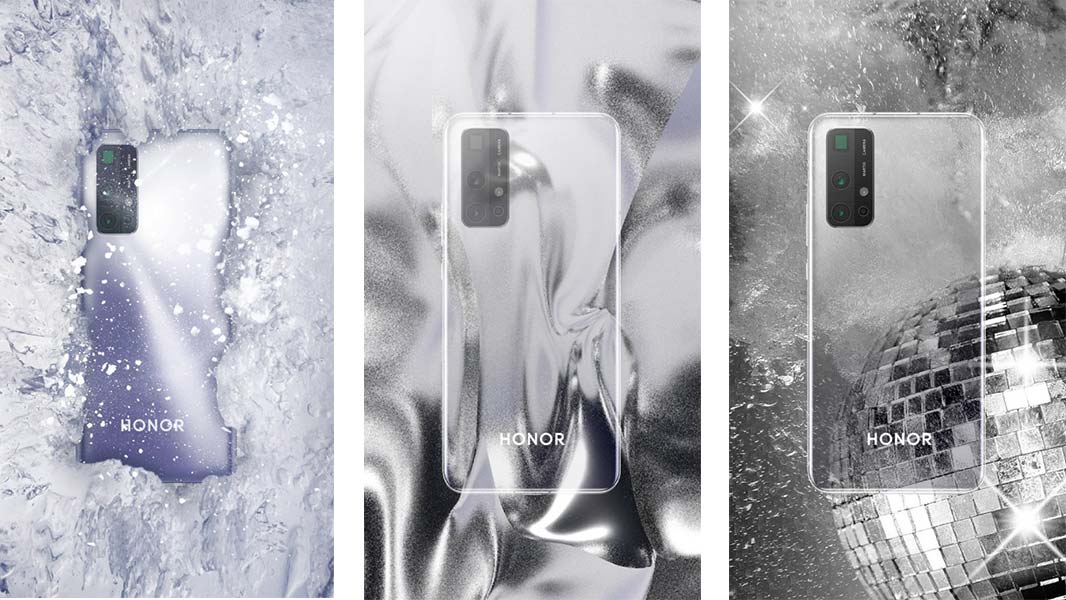 There is also a rectangular camera module housing a Quad Camera and a dual led flash. The main sensor is expected to be a 50MP Sony IMX700 large 1/1.28″ sensor. There is also a periscope module along with two other sensors, which are not yet revealed.

This snap photo is from a teaser video of Honor 30 via Weibo website. The display will be a 6.57” Curved OLED FHD+ with a pill-shaped notch housing a dual front camera. The selfie shooter is expected to be a 32MP lens.