Smartphone display is an important factor in determining whether a user’s experience with the phone would be satisfactorily or utterly disappointing. As smartphone users, our viewing experience is quite important primarily for video viewing, as well as a photo viewing on our devices, they also heighten or decrease our convenience in terms of browsing through the phone. With that in mind, we’ll try to get up close and personal with today’s primarily used displays for a smartphone, 2160p or 4K UHD display and 1080p FHD display. 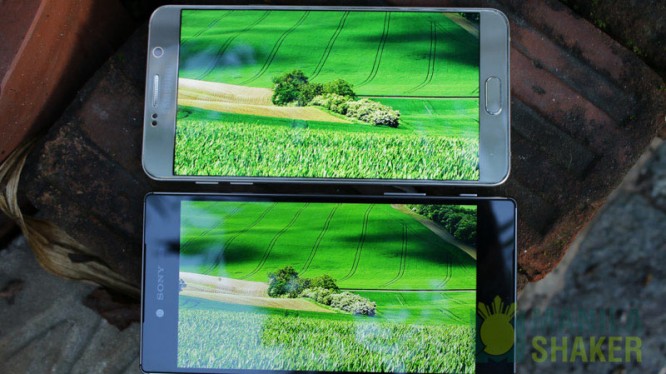 Many smartphone users often don’t realize the difference between both devices, since 4K UHD and FHD primarily looks similar at first glance, especially from your handset’s perspective, however, if you take a little closer, you  can clearly see some outright clear advantages of 2160p displays over FHD. One, in particular, is the better lighting and coloring on the 2160p displays, making the outputs or content more naturally colored, in comparison to FHD.

On paper, the difference of 4K UHD and FHD is quite handily clear, thanks to the massive difference in megapixel count, however, this is rarely used as a reason for viewing difference is much more relatable than specs in the paper. While viewing on an FHD and 4K UHD handset, one may also see the difference in smoothness, with 4K UHD simply far more smooth in terms of quality, in comparison to FHD, while FHD subjects primarily looked jagged from a zoomed-in point of view.

Despite being radically out-qualified by 4K UHD, FHD do possesses a particular advantage, and that’s viewing distance. It seems that 1080 FHD displays are rather very advantageous on that particular department since 4K UHD primarily requires the user to be closer to the screen than on FHD displays.

While on a decent viewing distance, FHD displays and 4k UHD displays are rather the same in a long distant viewing range, making its advantages rather flawed.

Indeed, 4K UHD has better things to offer than FHD displays, in terms of quality, coloring, and whatnot, so it’s best to say that upgrading is a good decision to make. However, take note that upgrading to a 4K phone solely depends on your financial capability as a whole and since from first glance, their difference is rather hard to see, some people might stick to their FHD displayed handsets.

Whatever’s your choice, whether you’ll upgrade or not, we can assure you that both display resolutions are indeed top-of-the-line resolutions as far as the eye could see.