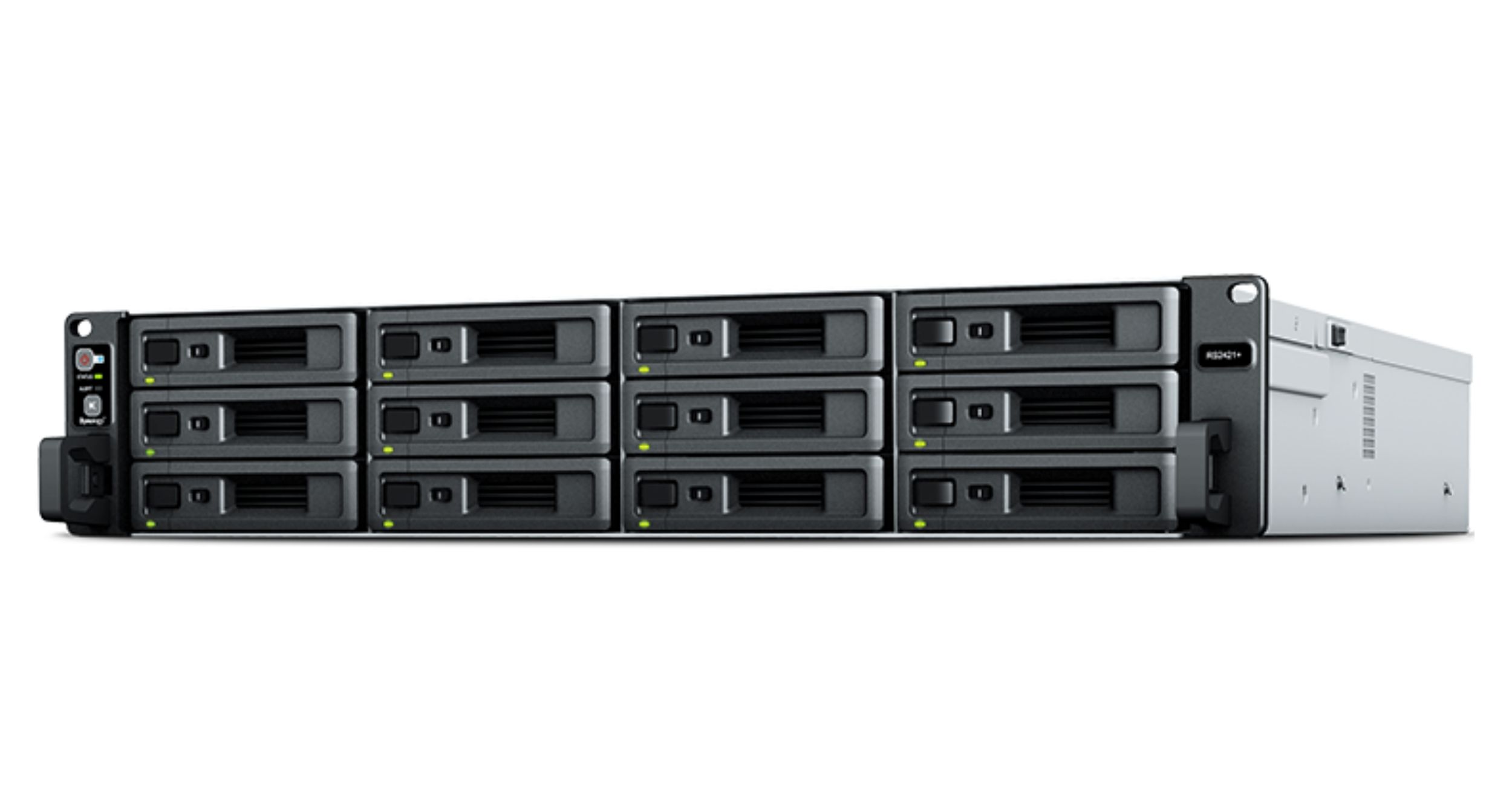 It has officially arrived! The Synology RackStation RS2421+ and RS2421RP+ have officially launched in Taiwan as it offers businesses to store and backup their data with these systems.

The RS2421+ and RS2421RP+ are both capable to be fitted with a Synology 10GbE or 25GbE NIC which will surely improve network transfer. Also, the Synology SNV3400/3500 NVMe SSD along with an M.2 adapter card will be a perfect addition to boost random write/read IOPS which is also cost-effective and would not consume too much space.

It also supports up to 32GB of ECC DDR4 memory and 12 additional drive bays including the addition of RX1217(RP) expansion unit making it a total of 24 bays. Users will also receive a 3-year limited warranty which can be expanded up to 5 years in certain regions.

Both units use DiskStation Manager (DSM) as their operating system. Hyper Backup is also equipped as it helps users to back up NAS data to the cloud and other destinations while Active Backup Suite gives a powerful backup of Windows clients, servers, file servers, and virtual machines. Also utilizing the Synology Drive, Chat, and Office will make things easier as it provides fluid collaboration especially to everyone who is working remotely.

Both the RS2421+ and RS2421RP+ are already available in Synology resellers in the Middle East, Africa, and Asia-Pacific regions!