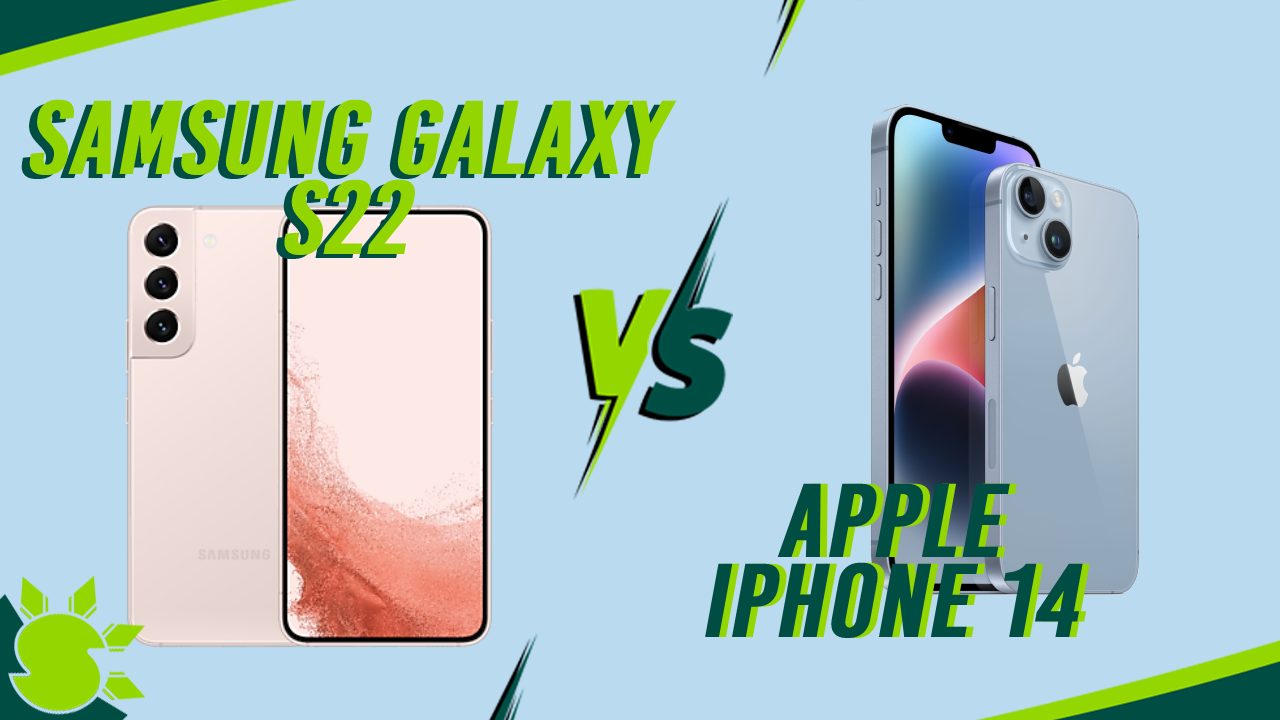 The iPhone 14 went on sale in numerous countries yesterday. Many people began to purchase the new handsets, and while this year’s focus is on the Pro variants (which have a different design and more powerful chipsets), the original iPhone 14 remains popular. However, other products of the same level are now available on the market at more cheap costs. Should you get the new iPhone or should you settle with an older flagship? We provided a comparison of the specs of the iPhone 14 with the older iPhone 13 a few days ago. We believe it is now time to deliver a Samsung flagship to the field. Here’s a comparison of the iPhone 14’s major specs with the Samsung Galaxy S22‘s important characteristics.

Starting with the design, it is primarily a matter of taste, despite the fact that the iPhones are almost an icon in the smartphone market owing to their design. If you don’t mind the notch, we recommend the iPhone 14, however, your personal preferences may dictate otherwise. The Samsung Galaxy S22 has a less intrusive punch hole instead of a notch, but the iPhone offers stronger water resistance with IP68 certification, which allows you to submerge it up to 6 meters deep for 30 minutes. Both smartphones have a glass back and an aluminum frame, with the glass back of the Samsung covered by Gorilla Glass Victus Plus and the glass rear of the iPhone protected by Ceramic Shield.

The struggle between displays is just as difficult as the war between designers. According to the specifications, the iPhone 14 should provide a more convincing visual quality. It sports a 6.1-inch diagonal Super Retina XDR OLED display with a Full HD+ resolution of 1170 x 2532 pixels, HDR10 certification, Dolby Vision compatibility, and a peak brightness of 1,200 nits beneath a scratch-resistant ceramic glass with an oleophobic coating. The Samsung Galaxy S22 features a 6.2-inch Dynamic AMOLED display with a Full HD+ resolution of 1080 x 2340 pixels and HDR10+ certification, all covered by Gorilla Glass Victus Plus. The iPhone has greater visual quality, but the Samsung Galaxy S22 has a key advantage: the refresh rate can reach 120 Hz, whilst the iPhone only goes up to 60 Hz. The two phones use distinct identification methods: the Apple device uses Face ID (3D face recognition), while the Samsung features an in-display fingerprint reader (ultrasonic, so better than optical ones).

The iPhone 14 offers the best performance not just because of its hardware but also because of the iOS operating system’s optimization. Its physical configuration comprises an Apple A15 Bionic chipset constructed using a 5 nm manufacturing technique and an octa-core architecture comprised of two Avalanche cores operating at 3.23 GHz, four Blizzard cores running at 1.82 GHz, and an Apple 5-core GPU. The SoC includes 6 GB of RAM and up to 512 GB of NVMe native storage. The Samsung Galaxy S22 has an octa-core Snapdragon 8 Gen 1 mobile platform constructed with a 4 nm manufacturing process and consisting of a Cortex X2 CPU operating at a maximum frequency of 3 GHz, three Cortex A710 CPUs running at 2.5 GHz, four Cortex A510 CPUs running at 1.8 GHz, and an Adreno 730 GPU. There is also a variant of this phone with the Exynos 2200 processor, which is inferior to the Snapdragon 8 Gen 1. The chipsets are coupled with 8 GB of RAM and up to 256 GB of native storage. The iPhone 14 runs iOS 16, while the Samsung Galaxy S22 runs Android 12 with One UI customizations.

The Samsung Galaxy S22 has a larger battery, but the iPhone 14 has the greatest battery life thanks to iOS’s excellent optimization. Charging speeds are comparable, and both phones allow wireless charging.