Later tonight, PHT time, Samsung will announce the Galaxy S21 Series. But before that, the South Korean manufacturer launched the Galaxy A32 for the European market. That said, it puts the new device as the company’s cheapest 5G phone yet. The Galaxy A32 with 64GB is priced at €279(~Php16,300), while the 128GB is at €299(~Php17,400). The prices are typically higher in Europe than the rest of the world, so the converted prices don’t indicate official pricing for other markets.

Nevertheless, the Galaxy A32 gets the 5G treatment, thanks to MediaTek’s Dimensity 720 chipset. The other features worth noting are the 48MP quad-cameras, 5000mAh battery with a 15W fast charger, and four color choices — black, white, blue, and violet.

For a 5G device, the Galaxy A32 is thick and heavy at 9.1mm and 205g. Additionally, it has a large chin and a notch for the 13MP selfie camera. But what probably will put you off is the 6.5″ IPS LCD that’s still using 720p+ resolution.

Last month, Samsung announced the Galaxy A42 in the Philippines with a price of Php19,990; thus, making it the most expensive 720p Android phone yet. 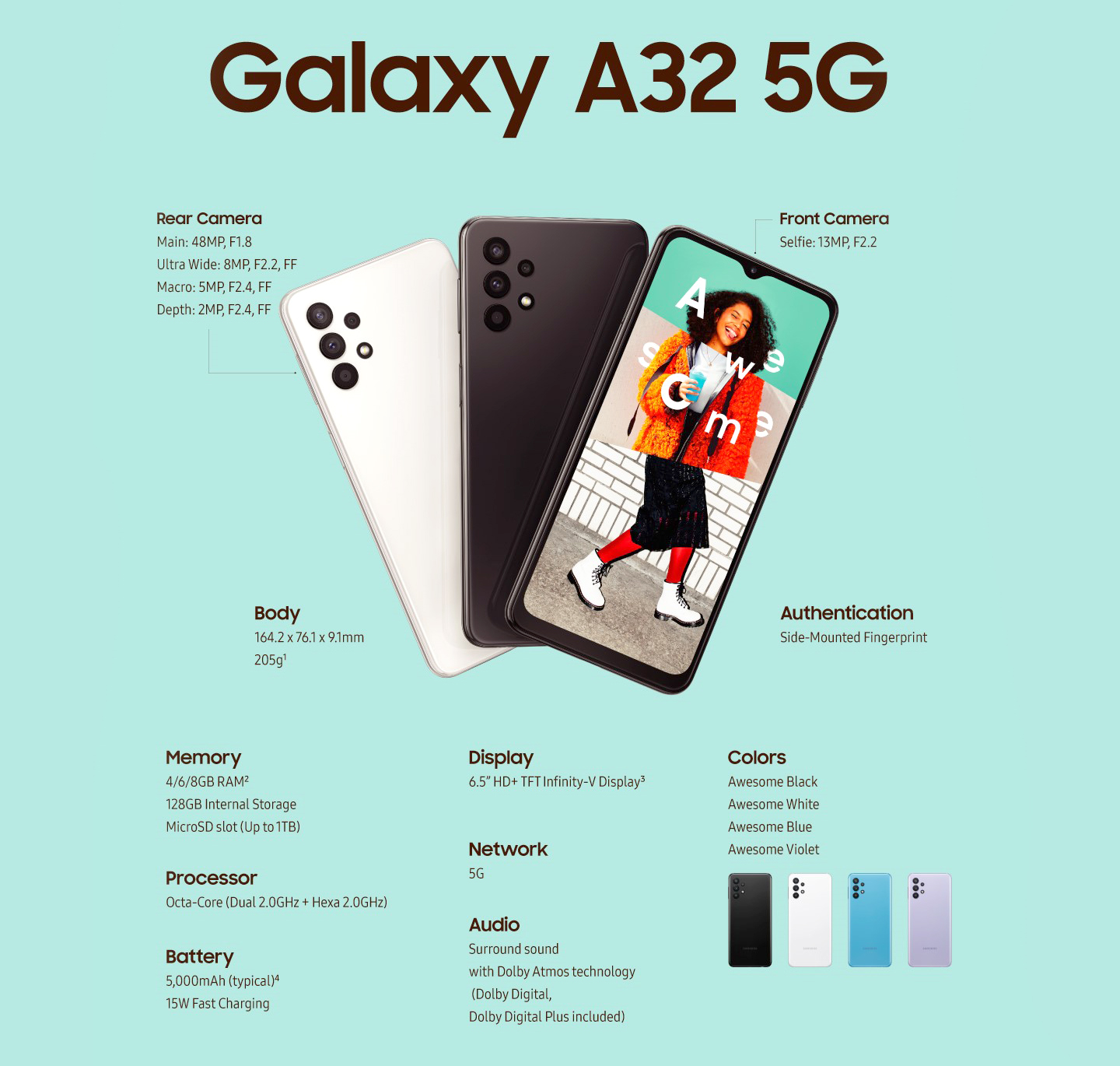 READ: iPhone 12 Mini Long-Term Review – Is There Room for A Small Phone?

Samsung Galaxy A32 5G specs, price, availability in the Philippines