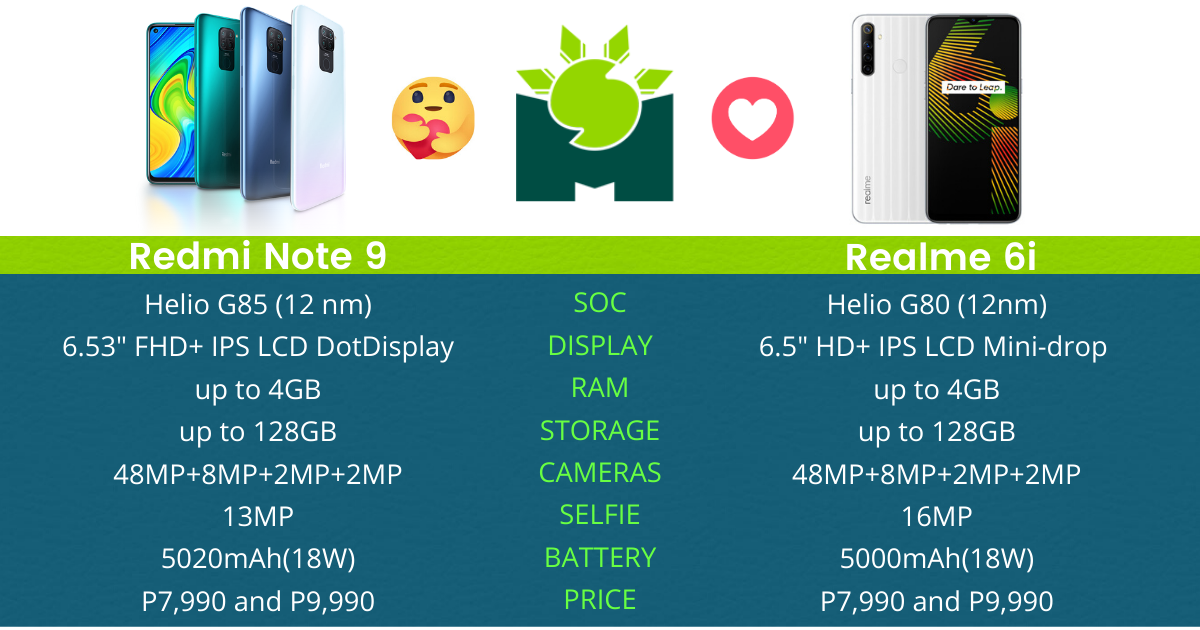 We’ve seen them before and we’re seeing them again. This is the third time Redmi and Realme battling for the best budget gaming phone. While Xiaomi has released the third iteration of its popular Redmi Note series, the Redmi Note 9, Realme is taking a different approach — releasing the Realme 6i — a cheaper model of its Realme 6 series. With that said, which is the better buy between the two?

Redmi Note 9 and Realme 6i Similarities and Differences 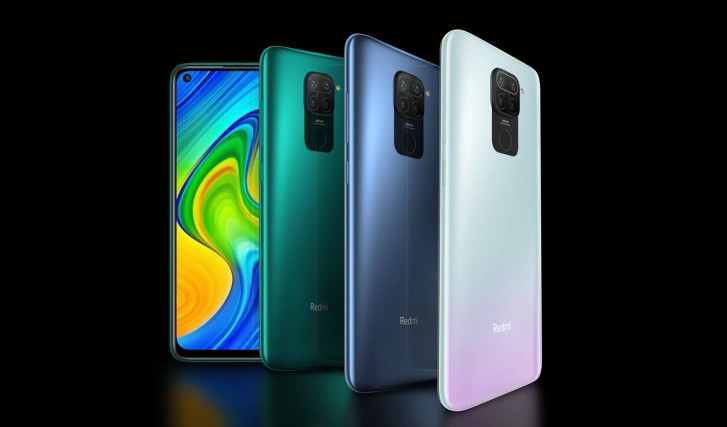 Which is the better buy between the Redmi Note 9 and Realme 6i?

Realme 6i has an interesting design going on despite the all-polycarbonate material that feels and looks like glass. Thanks to the pattern that runs from the bottom all to way to the top portion, the device separates itself from the pack. And while it did drop the textured finish of the Realme 5i, the matte finish also allows fewer fingerprint smudges. Xiaomi, on the other hand, seems to have switched to polycarbonate material for the first time for its Redmi Note series. The Redmi Note 9 shines in three colors with all being glossy, making it a fingerprint prone device. Both phones, however, come with splash resistance.

While it does take a while to get used to the design of Realme 6i, we appreciate its resistance to oily hands. We have it early for the Realme phone.

When it comes to the display, we’re saying it off the bat — Redmi Note 9 wins. While both nearly have the same display size at 6.5-inch, Xiaomi already packs FHD+ resolution (and a pinhole selfie if you’re into that). The color quality might not differ that much given that both devices are using IPS LCD. On the flip side, Realme 6i will last longer due to the low-power 720p display.

READ: Xiaomi Redmi 8a Dual Vs Realme 5i – Specs Comparison

Helio G85 vs Helio G80 — at this price point, MediaTek is marking a comeback. Realme 6i is the first phone to come with Helio G80 to which garnered 200,000 overall points in Antutu. Beating the Snapdragon 655, the G80 offers better graphical processing power to provide a better gaming experience. With the Helio G85 sporting the same clusters and based on the same process node, its advantages (if there is) are negligible. The similarities continue to the configuration with 3GB/64GB as the starting model. The other variant comes with 4GB/128GB.

The difference once again will come down to the Android skin — Realme UI vs MIUI 11. While we applaud Xiaomi for improving its skin for the past two years, the experience seems to be spoiled by ads whether you’re in or out of an app. As for Realme UI, it emerged from OPPO’s ColorOS but with inspiration from stock Android that makes it a popular choice in this comparison. Regardless, both offers tons of features when it comes to cameras, security, and app management. For now, we’re giving this one a tie.

From the type of lenses to the number of selfie cameras, Redmi Note 9 and Realme 6i are nearly a dead tie in this comparison. Both are equally versatile and capable of delivering good photo and video quality. With the limitations of the chipset, video recording is capped at [email protected] only but with EIS. We really can’t say which is better between the two, unless we test it ourselves. With that said, this one is another tie.

Both devices are using south-firing mono speakers, along with the option to insert a wired audio accessory. Neither of the two offers high-quality audio support which isn’t surprising at this price point. Again, we have a tie.

Redmi Note 9 leads by a hair in battery capacity, thanks to the 5020mAh tank. Realme 6i isn’t too far behind at 5000mAh(I know). With both devices capable of 18W charging, you should be able to top up around the 2-hour mark. Interestingly, Xiaomi’s device can reverse wired charge at a standard 9W. Although we expect Realme’s phone to do the same thing, we can’t confirm it yet until we test it out. For now, Redmi Note 9 gets this one.