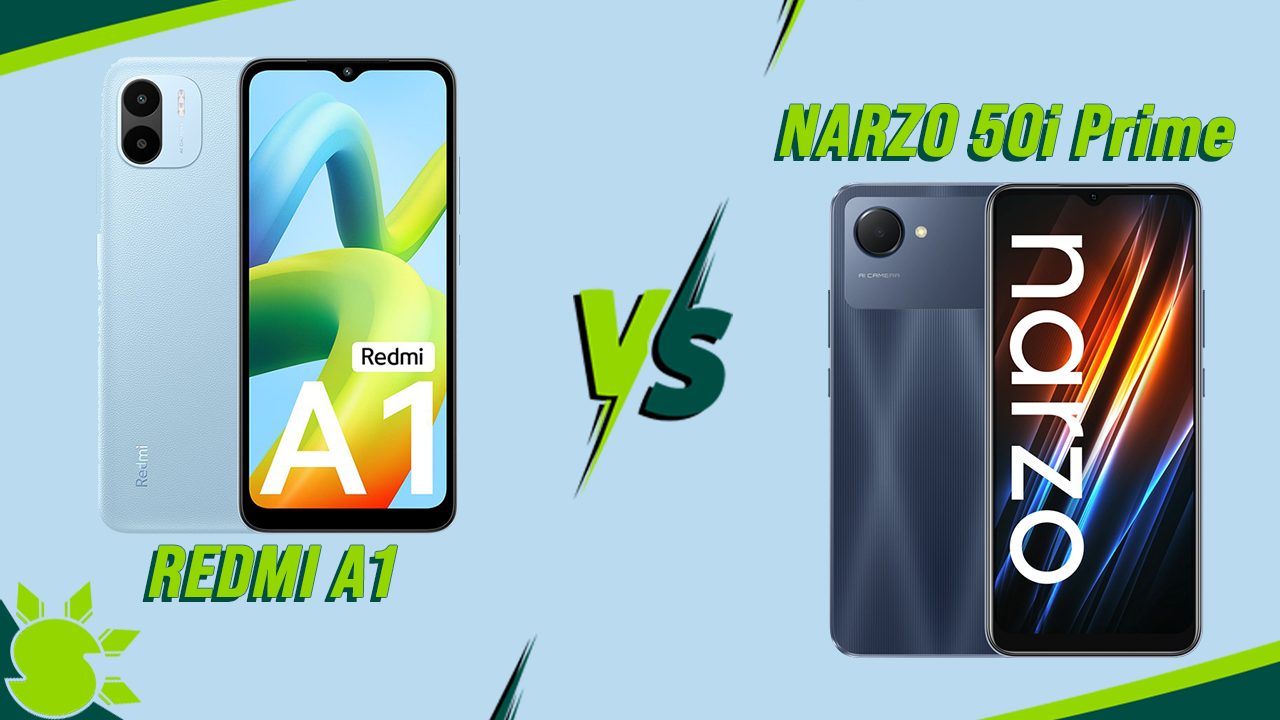 A series was discontinued after the release of the Mi A3, but the sub-brand redmi just revived the A series with the launch of the Redmi A1.  Redmi A1 is now officially in the Philippines and is priced almost identical to Narzo 50i Prime which is also an affordable smartphone similar to Redmi A1. If you are wondering which of these two newly launched devices is a better pick, let’s find out here.

Both Redmi A1 and Narzo 50i Prime boast a 6.5-inch LCD display. They have the same HD+ resolution and a waterdrop notch that houses their selfie cameras. Despite the similarity in their display, Redmi A1 offers a 120Hz touch sampling rate.

In terms of their dimension, these phones are nearly identical, although Narzo 50i Prime is a bit thinner compared to the Redmi A1. Both have a textured back with Redmi A1 having a unique leather-like texture finish while Narzo has a glossy textured design. If we are looking to avoid Fingerprint smudges, and want some premium feel, Redmi A1 is the smarter choice.

For the Indian consumer, imaging capabilities are one of the most important purchasing considerations. On the rear of the Narzo 50i Prime is an 8-megapixel primary camera. The typical functions, such as Beauty, Filter, HDR, Panoramic view, Portrait, Timelapse, Expert, Super Night, and others, would be available to users. The phone boasts a 5MP front-facing camera for taking selfies and making video calls.

A 5MP selfie camera up front and an 8MP primary camera on the back are both included on the Redmi A1. The smartphone does, however, receive a second AI lens on the back that supports portrait shooting.

As for battery capacities, both devices are equipped with the same 5000mAh battery but Redmi A1 has support for 10W fast charging.