Qualcomm North America will be having a new Vice President. This will be Juho Sarvikas, the former Chief Product Officer of HMD Global.

This was announced on Twitter by Jim Cathey, the president of Qualcomm Global, which was followed by a retweet from Sarvikas himself, confirming the announcement. Juho Sarvikas will be the VP at San Diego and will lead as the president for the North America division which will officially start on April 12. The new VP was warmly welcomed, on social media, by other executives in San Diego along with other media people, and fans. 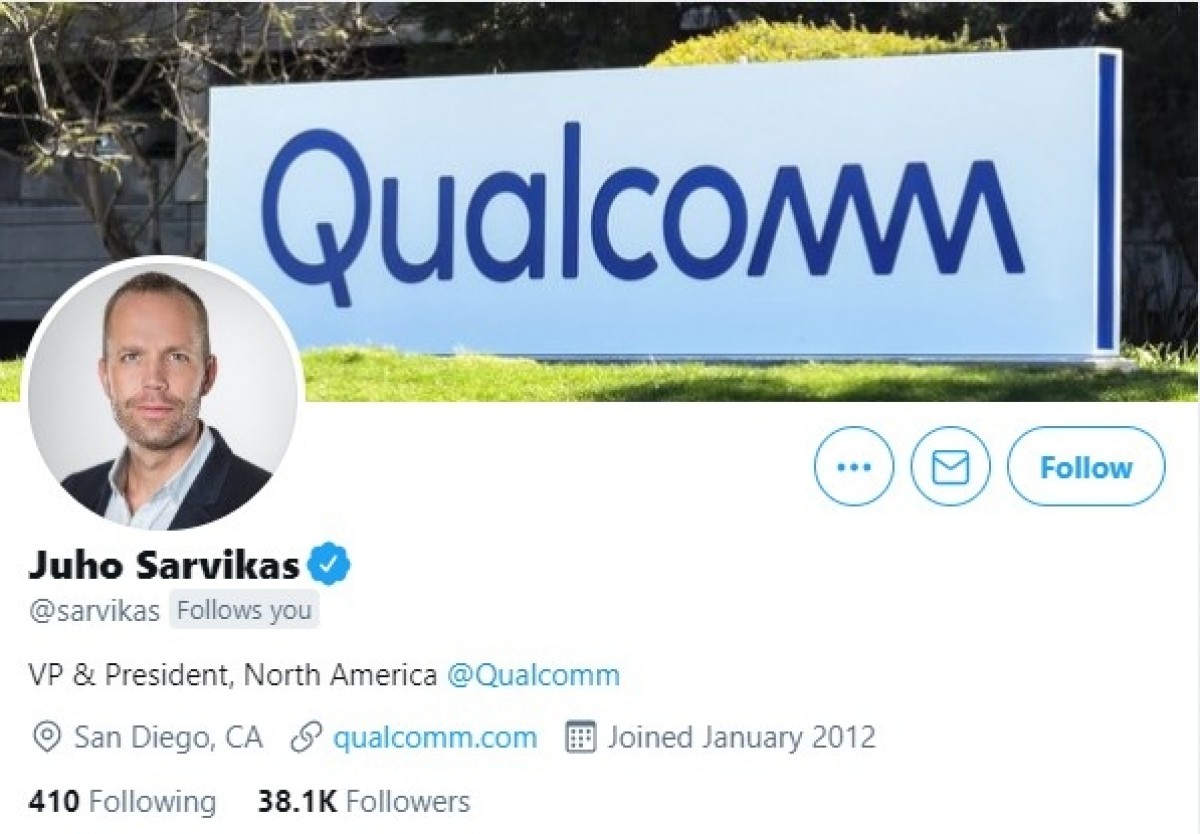 Sarvikas was with HMD for 4.5 years and over 15 years in Nokia and became the face of Nokia smartphones. Back in 2016, HMD Global was founded and its goal was to bring back Nokia to its former glory. The team includes some original members from Nokia and was later bought by Microsoft. Juho Sarvikas took on the role of Chief Product Officer and his presence was felt in social media.