The Huawei P20 Pro’s back and front are covered with Gorilla Glass with a filling of metal at the sides. At the back panel of the P20 Pro screams “shine” as it bears a stunning glass back that is very shiny and reflective, it can even be used as a mirror.

This new flagship from Huawei has 3 color variants – the Black, Blue, and Twilight models. All three variants look good but the Twilight variant is on another level. The rear has a beautiful gradient purple- blue with a touch of greenish-turquoise at the bottom that would really pop out. There’s a downside though, the P20 Pro’s stunning rear is prone to fingerprint smudges, so it is best to put on a clear silicon case.

Going to the sides, the power button and volume rockers are located on the right side while the SIM trays at the opposite side. There’s a noise-cancellation mic on top and the USB Type-C, speaker grille, and a microphone. Unlike the Mate 10 series, this one doesn’t have a headphone jack.

Flipping the handset, there are the vertically positioned triple Leica cameras along with the dual tone LED flash. 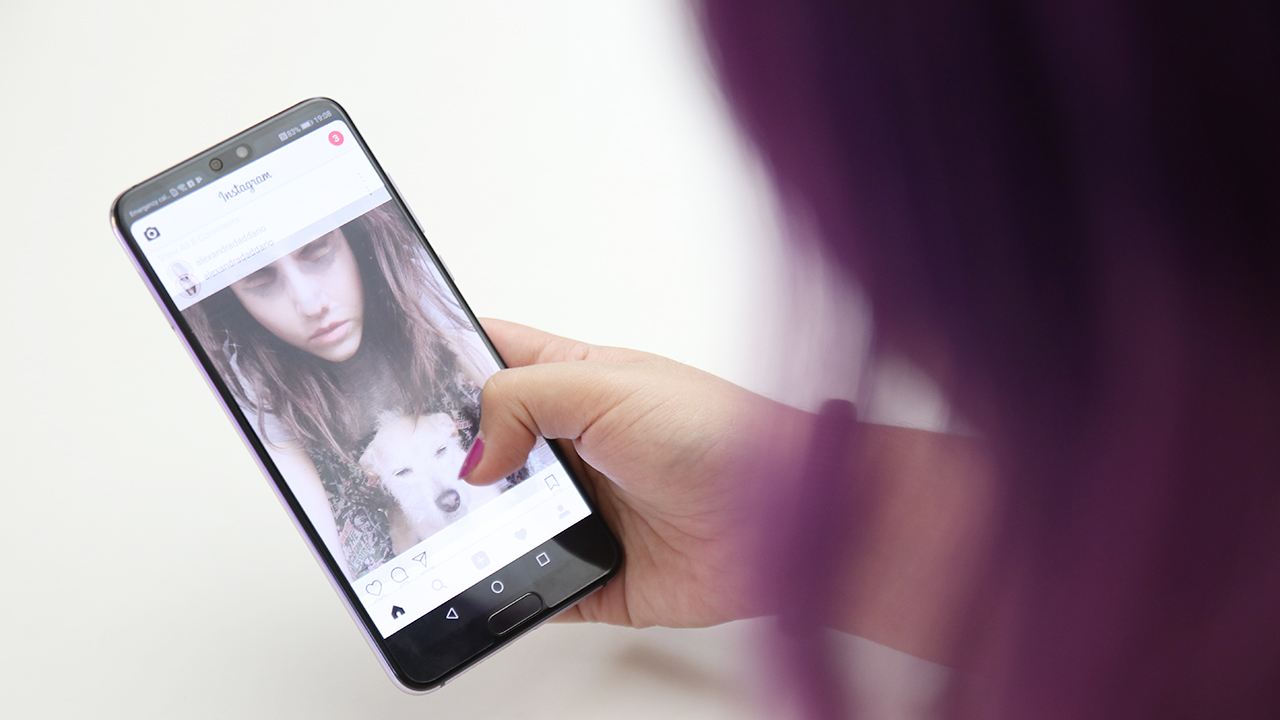 The Huawei P20 Pro sports a 6.1-inch with a resolution of 1080 x 2244 pixels and has a 18.5:9 aspect ratio. There’s no physical buttons and capacitive keys up front so for navigating, Huawei placed on-screen buttons instead.

As always, we tried watching some movie trailers and were impressed with the display. We also watched some vibrant music videos and it was able to take every color accurately. Details are sharp and crisp, so it gives an amazing viewing experience. This is definitely for people who love streaming detailed action movies. We went outside to take some sample shots using this smartphone and we didn’t encounter viewing our shots under the heat of the sun.

Just like other smartphones getting released this year, Huawei hopped in the notch trend as well. But there’s a good news. If you’re not a fan of the iPhone X-like notch, users can get rid of it and hide the notch. Just go to settings  – type notch on the search bar – and tick the hide notch option.

The Huawei P20 Pro cameras are AI powered so the colors automatically adjusts when the scene is detected. In our first photo sample, the color green of the leaves at the back really popped out. And when you look at the flowers, the red-orange color and yellow were emphasized as well.

Going to the third photo sample, the portrait mode was turned on and it gave us a pretty great bokeh effect – like it was taken by a DSLR camera. The AI camera detected that it’s a flower shot and it made the colors of the flower more vibrant than it naturally is.

Our next photo sample set focuses on how the cameras of the P20 Pro handle lightning. The photos were neither overexposed not underexposed. Thanks to its AI capabilities again, the colors and lighting adjusted when we were taking these shots. Making the photo the best that it can be even without undergoing post-processing.

This shot don’t really look like this when we opened our camera to take the shot. But after 2 seconds when the AI cameras detected the scene, it sharpened the photo and made the colors more vibrant, especially the blue hues.

This photo was taken with 5x optical zoom to focus on the pinkish sky. The photo didn’t look grainy at all and managed to look great even if it’s zoomed out. The pink color of the sky didn’t look flashed out and maintained its color because of the AI sunset mode.

As expected, the AI detected this scene as a night photo and it automatically made the sky bluer and the lights yellow. The details of the building look pretty detailed and crisp.

We turned on the night mode feature of the P20 Pro to capture the fireworks display. It only took 3 seconds to capture this photo – and even without a tripod.

Additional night shots. What do you think?

The Huawei P20 Pro didn’t just give amazing rear shots but selfies as well. The colors are vibrant but still managed to look natural. The bokeh effect doesn’t look artificial in any way as well. The beauty mode was turned on when our model took these selfies and the beautification didn’t make the subject’s face look weird.

Similar to the Huawei Mate 10 and Mate 10 Pro, this Huawei flagship also comes with Huawei’s own chipset. It is powered by Hisilicon Kirin 970 – which has AI capabilities. It has 6GB RAM and 128GB of internal storage, which is not expandable..This handset encountered no problems at all when it comes to navigation, running apps, and even playing games. Heavy mobile games run smoothly on this device even if its on the highest frame rate.

We played Asphalt 8, PUBG, and other games and everything went smoothly and the details were crisp as well. It just heated up a little bit while playing Asphalt 8. There’s just a bit of a problem we encountered though, the game lagged a bit when the Bluetooth was turned on.

Going to its security features, it comes with both a fingerprint sensor and face unlock. The fingerprint scanner on this is handset works swiftly and accurately. Though the face unlock struggles in dim lighting situations sometimes, it works great as well. It also works even if the user wears eyeglasses, and doesn’t unlock when the eyes are closed.

Users can also customize the navigation keys. You can choose from the Off-Screen navigating button, Onscreen navigation key, and virtual navigation key. You can try all these options and figure out which you’re most comfortable with. Again, the P20 series has a hide notch option so if you’re easily irritated with un-proportional things, there won’t be any problem.

We tested the Huawei P20  Pro handset using the following benchmarking tools and here are the results:

With the Mate 10 series being two of the handsets last year with great battery life, the P20 Pro didn’t disappoint. It will last you a day of juice even when taking videos and pictures for hours. Going to a concert? You can definitely bring this one. With its Huawei SuperCharge adapter, the handset went to full charge from 20% in just 55 minutes.

The audio quality is also great, it also doesn’t sound scratchy when the volume was maxed out. We weren’t surprised that Huawei didn’t include a 3.5mm audio jack for this smartphone but it could’ve been better if they didn’t join the “no-headphone-jack” team. For the sound quality, here for yourselves:

Is this smartphone really a handy DSLR camera? Yes. This flagship produces quality photos and sometimes much better output than DSLR cameras because of its AI capabilities. Taking low-lit photos works like a charm as well and there’s no need to bring a tripod if you’re going on a street photo walk. Aside from its great cameras, it also offers great performance and battery life. Huawei has definitely stepped up in their flagship smartphones.