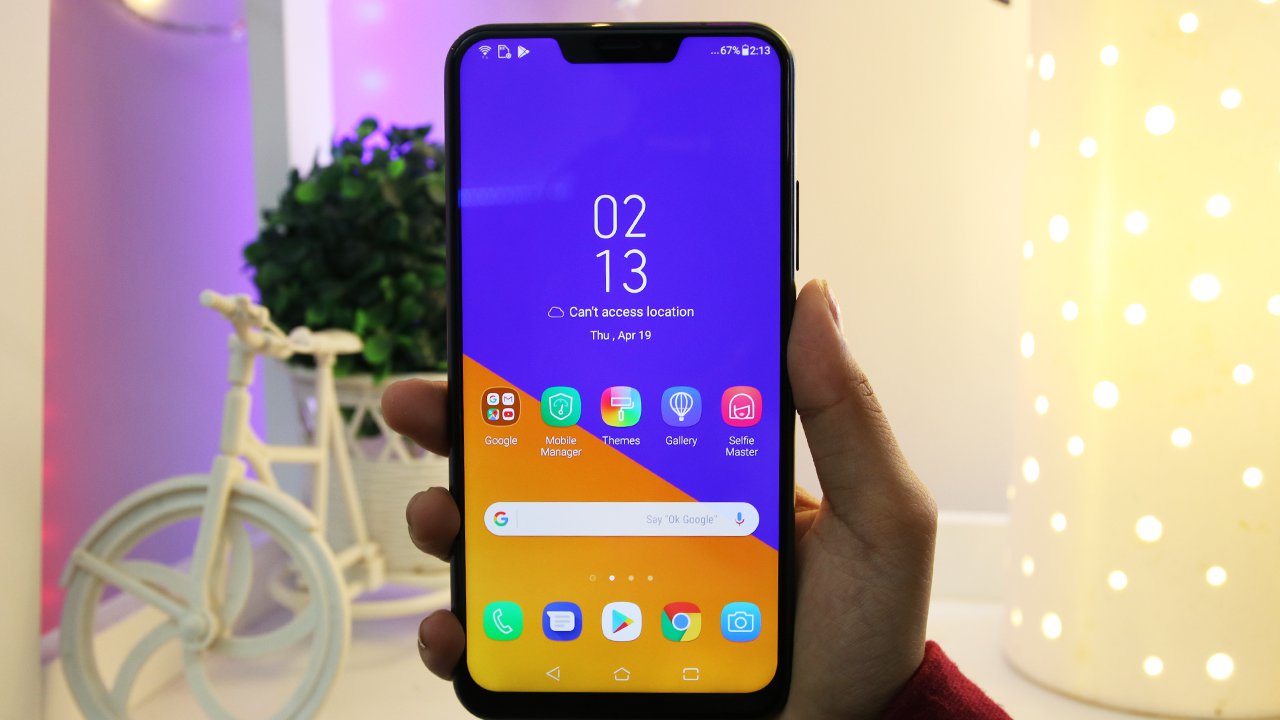 ASUS goes back to 5 during the Mobile World Congress in Barcelona as they launched the all-new Asus ZenFone 5 series. It arrived in the Philippines last week and got sold out in just 45 minutes. But the question is, is the Zenfone 5 really worth the hype it has been getting? Is it really an intelligent smartphone as what the company claims? Let’s find out in our full review here.

The all-new Zenfone 5 offers a double sided glass design. It has a very glossy rear design, which is different from almost every other smartphones launched this year. There’s also ASUS’ signature light patterns on the rear that shines stunningly when you move it around.

Going to the front, the iPhone X-like notch is very visible however, this one is a bit smaller compared to Apple’s notch. The notch bears the front-facing camera, the earpiece, and some sensors.

The power button and the volume rockers are both located on the right side of the smartphone while the SIM trays are located on the left side. At the bottom bunk of the phone are the speaker, microphone, 3.5mm audio jack, and the USB Type-C port.

Now, heading again to the rear part of the Zenfone 5, the dual camera setup is positioned in a vertical manner, with the LED flash positioned below it. At the center is the rear-mounted fingerprint sensor and below is the ASUS logo. Though the back of the Zenfone 5 is made of glass, it’s not scratchy and slippery when holding it. Overall, we love the design of the new Asus Zenfone 5, it underwent massive changes from the past Zenfones.

The ASUS Zenfone 5 has a  6.2 inches IPS LCD screen with 1080 x 2246 resolution, and edge to edge 19:9 display. There’s no physical buttons and capacitive keys up front so for navigating, ASUS placed on-screen buttons instead.

As mentioned in our unboxing and first impressions, we tried watching some movie trailers and we’re pretty satisfied with the display. We also watched some vibrant music videos and it was able to take every color accurately. We also took out our phone outside to take pictures in broad daylight, and we didn’t experience any viewing problems.

Unlike the Huawei P20 series, there’s no option to hide the notch. If you’re easily irritated by these kinds of unbalanced proportions, this Zenfone is definitely not for you. But on the bright side, you can ditch the notch while watching a movie or any video on the Zenfone 5 by pinching the sides. The video will be displayed in a smaller size, making the sides look black. Also, the notch hides in some games, just like the Asphalt 8 and PUBG.

For taking photos, it has an AI-powered dual 12MP+8MP rear camera with phase detection autofocus and dual-LED Flash at the back. The second camera is also for taking wide angled shots. It can also have beauty mode, a Pro mode, super-resolution and GIF animation features.

Just like other smartphones with AI capabilities, it can detect 16 different scenarios when taking photos and adjusts its setting for the specific shot the user is taking.

The color of the tree and flowers really popped out thanks to the AI-powered cameras. The details are also pretty sharp. Some shots even look like it has been post-processed already – making the photos “Instagram worthy” in an instant.

The wide angle mode was turned on when we took the shot. This is a good option, especially when taking landscape photos. Although, it wasn’t able to give out the most vibrant output on this one.

We also tried the portrait mode on the ASUS Zenfone 5. Honestly, this smartphone has one of the best bokeh effect mode in its price range. The blur on the background doesn’t look artificial in any way. It blends normally in the scenario, it also has an option for users to choose the “depth” they want in their portrait shots.

The next following shots were taken during night time.

This was taken inside a hotel. It was able to take the colors well and the AI made the photo brighter.

Colors were accurately represented as well on these shots.

This shot, however, is a bit overexposed and is not the sharpest night-time shot. There were too many lights and it had a hard time focusing on the fountain.

Going to the selfies, it has an 8MP selfie snapper that is capable of taking photos with beauty mode and depth effect. Here are some sample selfies:

We’re pretty surprised by how the selfies with beauty mode + depth effect mode turned out. The depth effect on the selfies still has the “balance”, same with rear camera shots in portrait mode. The blur effect didn’t look artificial since there’s a right amount of depth in the selfies. Check it out for yourselves.

There were times that the beauty mode tends to brighten up the face of the subject too much. It doesn’t have the best beauty mode in its price range, but the portrait mode looks amazing.

This all-new ASUS Zenfone 5 is powered by Qualcomm Snapdragon 636, coupled with 4 or 6GB of RAM and 64GB internal storage. This runs on Android 8.0 Oreo.

ASUS called this as the most intelligent Zenfone ever as it contains AI capabilities. It has an auto color temperature option wherein the brightness and feel of the display will adjust depending on the environment. When someone is calling, the ringtone volume adjusts depending again, on the environment of the user. There’s also an option called AI Boost. It’ll make everything go faster and smoother. You can turn this on to have more quality gaming experience, though this option can drain your juices drastically – so always bring your powerbank with you if you have one.

We played PUBG on this phone and we didn’t encounter any problem with it. But when we tried playing Asphalt 8, it heated up so fast that we needed to stop playing. Navigating on this phone is pretty easy especially because it has a one-hand operation option.

This phone has both fingerprint sensor located at the back and a face unlock. The fingerprint scanner works like a charm. The face unlock, on the other hand, is decent. It’s not the fastest face unlock feature we had our hands on, but it’s a good thing that it doesn’t unlock the phone without pushing the power button on the side. For me, it’s annoying when the phone gets unlock when I lift my phone when I just want to check the time.

The face unlock also works even if the user wears eyeglasses. There’s a downside though, it can’t unlock the phone in dark situations especially if your phone is in low brightness level.

We tested the ASUS Zenfone 5 handset using the following benchmarking tools and here are the results:

Although the ASUS Zenfone 5 may not be the beast at the battery department, it still packs great juice to last you a day of usage. With its fast charging adaptor, we were able to fully charge the handset from 20% in less than an hour. Again, there’s an AI Boost option on this handset it can drain the battery life faster. Check our Manila Shaker battery rating here:

This smartphone features stereo speakers to provide users a surround audio system. It has a pretty loud audio on our side but tends to sound scratchy when the volume is maxed out.

Overall, this is a good smartphone for its price and is definitely worth the hype. Though we’re not saying that this is a perfect smartphone – because it’s not. It has its shortcomings and we hope Asus will improve them over time. (Put a hide notch option, please!).