The Windows 11 2022 update is now available. We dissect everything new from Microsoft.

Related: How to Check if a Process Is Running With Admin Privileges in Windows 11

On Tuesday, Microsoft issued the first significant upgrade for Windows 11. New security, productivity, accessibility, and gaming features are included in the update. You can follow our step-by-step instructions for downloading the latest update.

The operating system will celebrate its one-year milestone in early October. The new operating system launched with a revamped UI, widgets, a more accessible Microsoft Teams experience, multiple desktops and Snap Layouts and Groups, as well as Android applications.

Here’s what you can see today.

The Windows 11 update makes your PC easier to use

The new Windows 11 update includes a quicker, more accurate search in the Start menu, Quick Settings, and improved coverage of local and current events on your Widgets board. Tabs in File Explorer will be added to Windows 11 in October, which has been a long-requested feature.

Windows 11 debuted with improvements aimed at multitaskers and those looking for better organization. Snap Layouts, which elegantly organize open Windows on your desktop, are more adaptable with this new version, with enhanced touch navigation and the option to snap multiple browser tabs in Microsoft Edge.

To reduce distractions, the update offers Focus sessions as well as a Do Not Disturb mode. According to Microsoft, when you start a new Focus session, Windows switches to Do Not Disturb mode. This mutes notifications, disables taskbar badges, and disables app notifications in our task bar. Focus also enhances the Clock App with timings to assist you in focusing and remembering to take breaks. 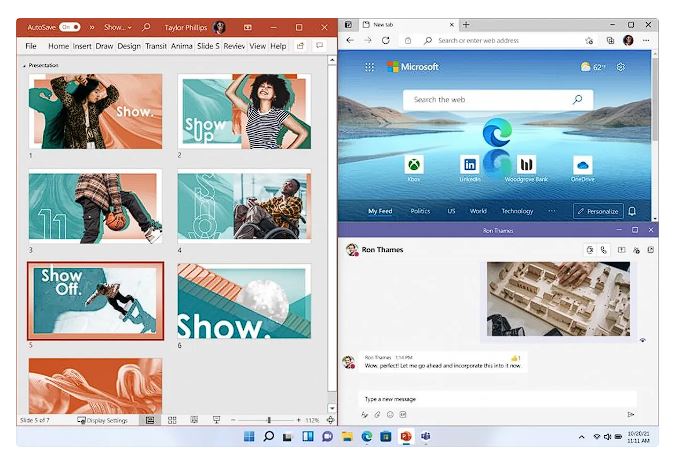 Snap Layouts allow you to arrange programs and windows together, and Snap Groups allows you to simply expand and shrink the entire group in Windows 11.

Voice access, which is currently in beta, expands on existing voice commands by allowing you to operate your PC and compose text aloud. When you first utilize voice access, you will go through an interactive lesson on how to complete typical activities using your voice. If the tool does not recognize a word, it delivers real-time feedback.

According to Microsoft, Smart App Control should offer you more trust when downloading programs on Windows 11. The program prevents untrusted or unsigned programs, script files, and possibly harmful macros from infiltrating your system. Essentially, the program forecasts an app’s safety in real time. The functionality, which is based on the same AI as Windows Defender Application Control, is accessible for both personal and commercial usage.Microsoft Defender SmartScreen can now detect and notify you when you enter your Microsoft credentials into a dangerous program or compromised website.

On all new Windows 11 machines, the update also activates Hypervisor-protected code integrity, or HVCI, and the Microsoft vulnerable driver block list by default. In the upgrade, Microsoft has also improved identity protection and streamlined password management.

Microsoft Teams became more accessible with the release of Windows 11. The most recent version adds Windows Studio Effects, which can enhance audio and video chats. The new Windows Studio camera filters out background noise with Voice Focus, has a backdrop blurring tool, Eye Contact, which makes it appear as though you’re constantly gazing at the camera, and Automatic Framing, which keeps the camera with you as you move.

Clipchamp, a video editing software, is also included in the latest Windows 11 upgrade. 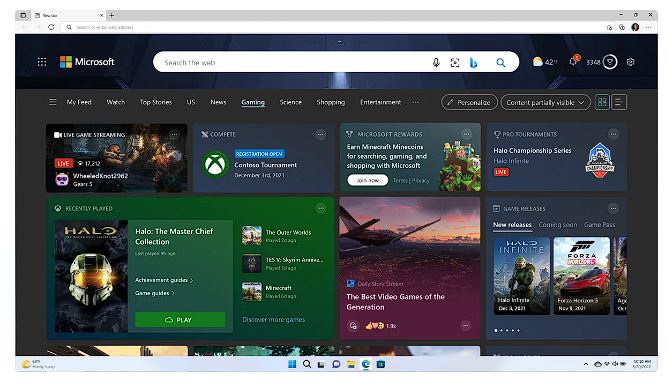 The new Controller bar in Windows 11 makes it easier to access games. This also has a refreshed look of the Xbox Game Bar, allowing for faster access to recently played games and launchers. According to Microsoft, the update will also enhance gaming performance by lowering latency and enabling Auto HDR and Variable Refresh.

When Windows 11 was released, the new operating system’s relationship with Amazon enabled Android apps to Windows PCs. The Amazon App Store preview has been expanded, bringing the total number of Android applications and games to 20,000.

The most recent Windows 11 update seeks to make it easier to lower the carbon footprint of your device. When devices are plugged in, switched on, and connected to the internet, for example, and if regional carbon intensity data is available, Windows will schedule updates during times of the day that may result in reduced carbon emissions. Microsoft also stated that has modified the default power settings for Sleep and Screen off in order to assist minimize emissions when PCs are inactive.

For more information about Windows 11, see how it differs from Windows 10 and how to get Windows 11.