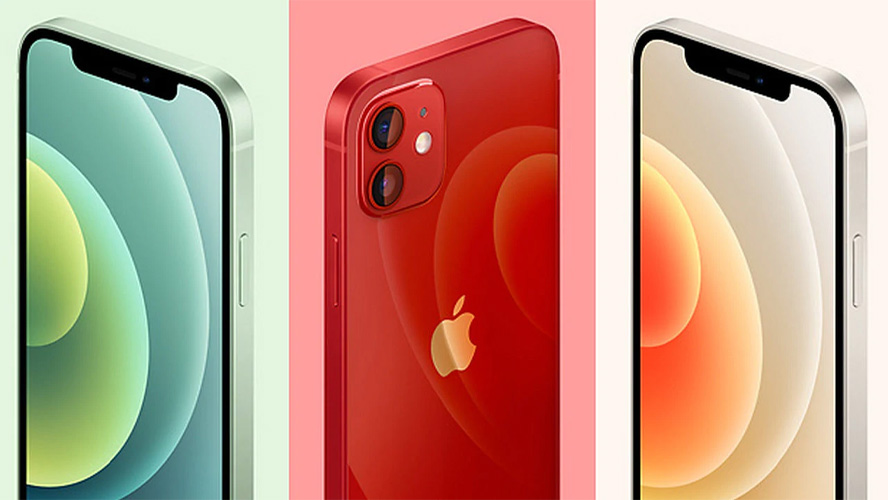 Essentially a smaller and cheaper version of the iPhone 12, this device was unveiled on October 13, 2020, together with the iPhone 12 and iPhone 12 Pro at an Apple Special Event at Apple Park in Cupertino, California. So, why do we think this could be the best iPhone yet? Here are a few reasons.

The fact that this smaller version of the iPhone 12 is packed with features and very light, it is priced reasonably well and would certainly make it a worthy buy.

As Apple states, it the smallest, thinnest and lightest 5G phone in the world.

While most mobile phones are boasting bigger sizes and wider screens, Apple took a U-turn and reversed the trend. Although only time will tell if this is ultimately a good move, right now it appears that it is.

The iPhone 12 Mini has slimmer bezels and a flatter frame. It kind of reminds us of the iPhone 5 era. Kind of nostalgic if you ask me, but in a very good way. It is beautifully designed and lightweight that it could really turn some off from the bigger, bulkier models.

Unfortunately, the notch looks to be the same size as its predecessors.

Conservative mobile phone users might tend to favor the black or white variants. Although all of the colors look stunning, the blue variants appear fresh and cool. I, personally, am a bit biased toward blue as it is my favorite color. I guess that all depends on your personal taste.

iPhone 12 Mini is also boasting a new cover glass called Ceramic Shield. This new technology is developed with Corning and they say it is tougher compared to other smartphone glass.

They have cited that it performed 4x better in drops and the biggest step forward for iPhone durability.

One downside though is that it only applies at the front. The back is still a bit vulnerable so you might still want to use a phone case.

Apple iPhones have been known for its innovative camera features and the iPhone 12 and iPhone 12 Mini are no exceptions. Applying its brand new seven-element lens on these models has brought major improvements in camera performance for a better camera experience even in dim lighting.

Although both the front and rear cameras still measure at only 12MP, we are hopeful that then next upcoming models will have higher and improved megapixels.

We will still need to wait for coming official reviews and teardowns on the iPhone 12 Mini’s battery capacity before we can give concrete numbers. Since Apple doesn’t give in-depth details concerning the batteries of their iPhones.

But according to ratings, the iPhone 12 Mini’s battery can last up to 10 hours of wireless video streaming. We think that is not bad. Pretty decent, actually.

Out of environmental concerns though, the box will not include packed-in wireless headphones and charging adapters. But they will include a Lightning-to-USB-C cable in the box.

At the rear is located the new Magsafe magnet array. It is to help find the phone on a wireless charger. Although it is also for other uses such as a snap-on wallet and different case designs.

Wireless charging can achieve an improved speed of 15W which is almost the same as Google’s Pixel handsets. Compared to a USB-C adapter charging, it is still a downgrade. While a wireless charging can juice up your phone from empty to 32% in half an hour, USB-C can do 57% with the same time. Although we see different results, perhaps faster charging, with the iPhone 12 Mini due to its small battery.

Unfortunately, though, according to some supporting documents from Apple, the charging of the iPhone 12 Mini will be reduced to only 12W with Magsafe. This is to avoid overheating the phone.

iPhone 12 Mini might not be the perfect phone, it still has a few downsides to it. But taking into account its price, size and capabilities, compared to its bigger predecessors, this could really be the best option.

Lightweight and durable, this could be a great phone for people on the go and for those who would prefer lighter and smaller phones rather than the wide and bulky ones.

LandBank Offers up to PHP50,000 Gadget Loan to Students