With the release of Realme V15, the company looks like it shot itself in the foot as the new affordable 5G phone seems like a better alternative to the Realme 7 Pro. Scheduled to go on sale in China on January 14, Realme V15 only costs CNY 1399(~Php10,300) for the 6GB/128GB and CNY 1999(~Php14,800) for the 8GB/128GB. Prices are roughly converted to Philippine peso, which lacks import fees and taxes. And for that price, you’re getting everything but the kitchen sink.

Realme V15 comes in three attractive colors; Lake Blue, Crescent Silver, and Koi Mirror that reminds me of the color of Kainan from Slam Dunk. We’re assuming the back is made of glass, with only the frame being of plastic. Regardless, the V15 is a thin and light phone for a 5G device. 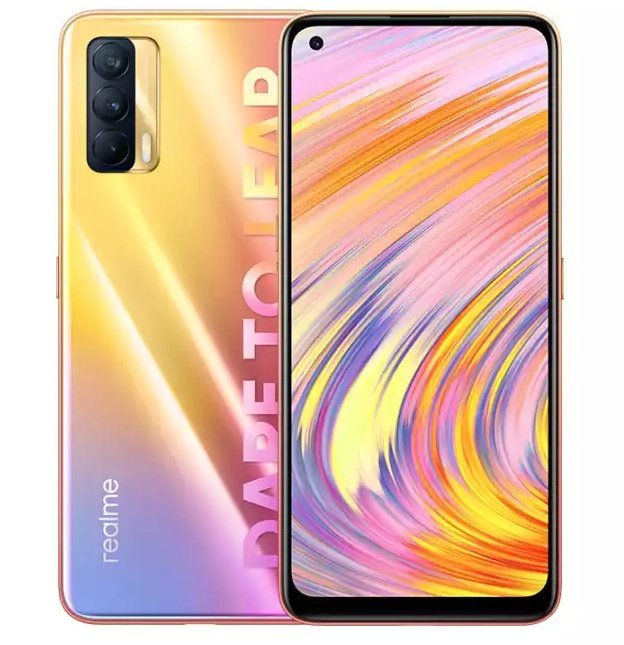 Upfront is a 6.4″ FHD+ Super AMOLED, capable of churning out up to 600 nits brightness. The size may be a bit smaller than today’s standards, but I find that friendly to users with small hands. After all, there’s a pinhole cutout for the 16MP selfie camera that further maximizes the space of the screen.

If there’s one thing that’s missing here, that’s a fast refresh rate. But on the flip end, Realme made the V15 more responsive by making the touch sample rate 180Hz. And since it’s using AMOLED, there’s an in-display scanner as well.

Camera-wise, Realme V15 packs a 64MP main sensor alongside 8MP ultrawide and 2MP for macro. Video recording reaches up to [email protected] with EIS in tow. Given the price tag of the V15, we think Realme is using a Samsung sensor instead of a Sony.

Realme V15 is running on Dimensity 800U that already allows for UFS 2.1 storage, LPDDR4X RAM, and 5G connectivity. Although the software is still on Android 10, you probably won’t mind it when there’s 50W fast charging for the 4310mAh battery. Realme claims that the device can go from 0-100% in just 47 minutes.

There are a couple of downsides with the V15, however. The first is the lack of a MicroSD slot, and the second is the absence of a headphone jack.

We can’t say for sure whether Realme V15 will hit the global market soon, but if history is any indication, MediaTek-powered devices have a hard time reaching other markets. 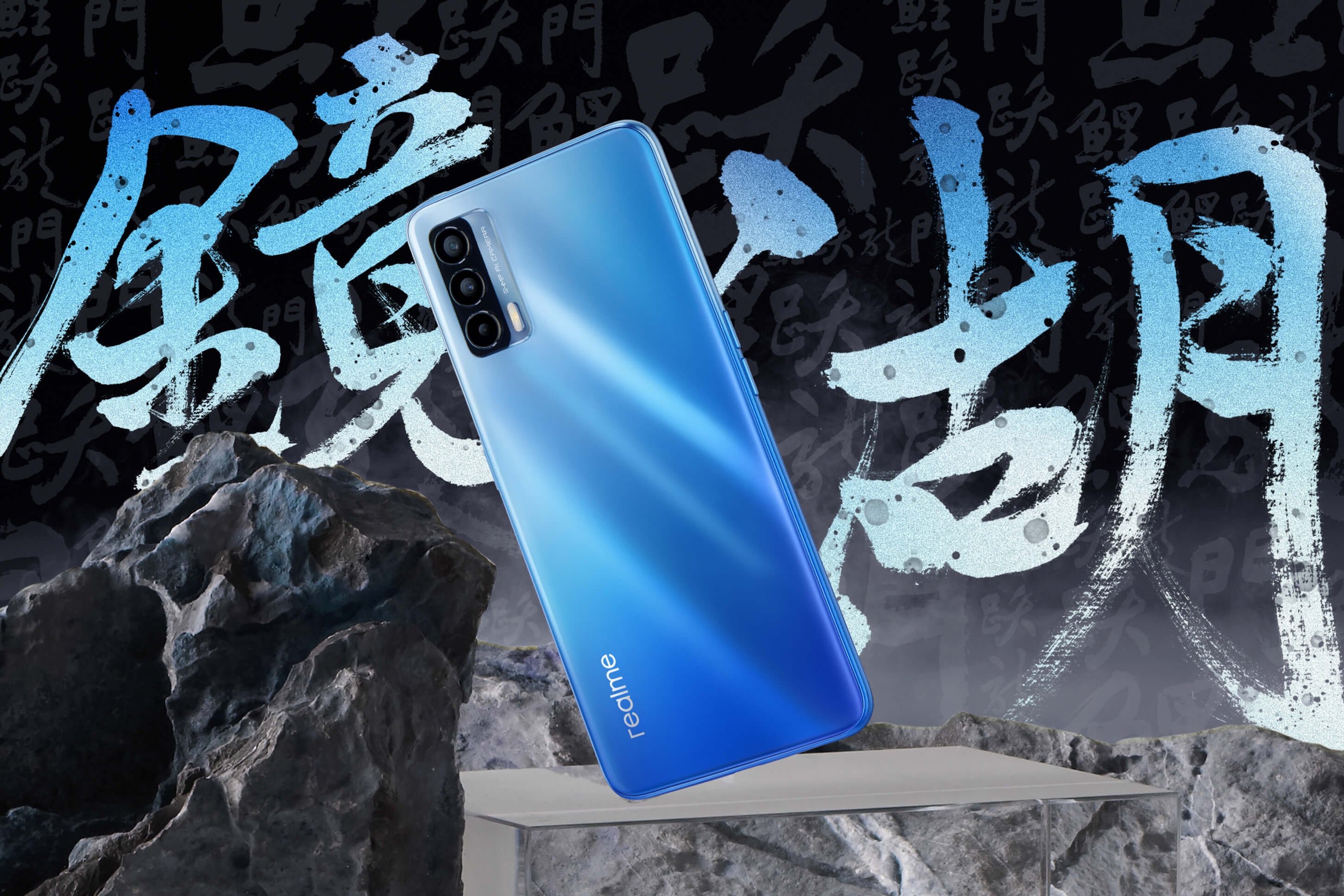 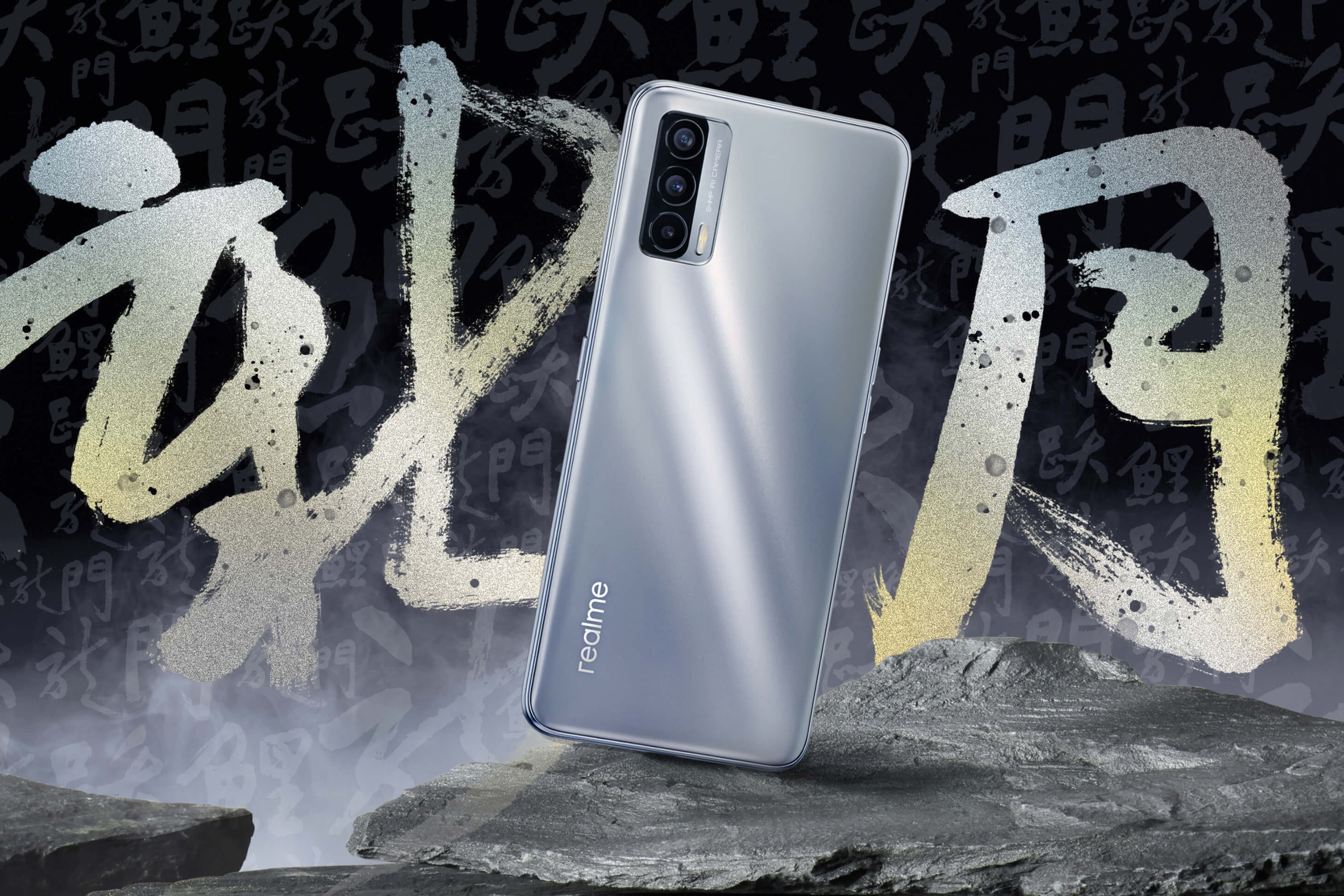