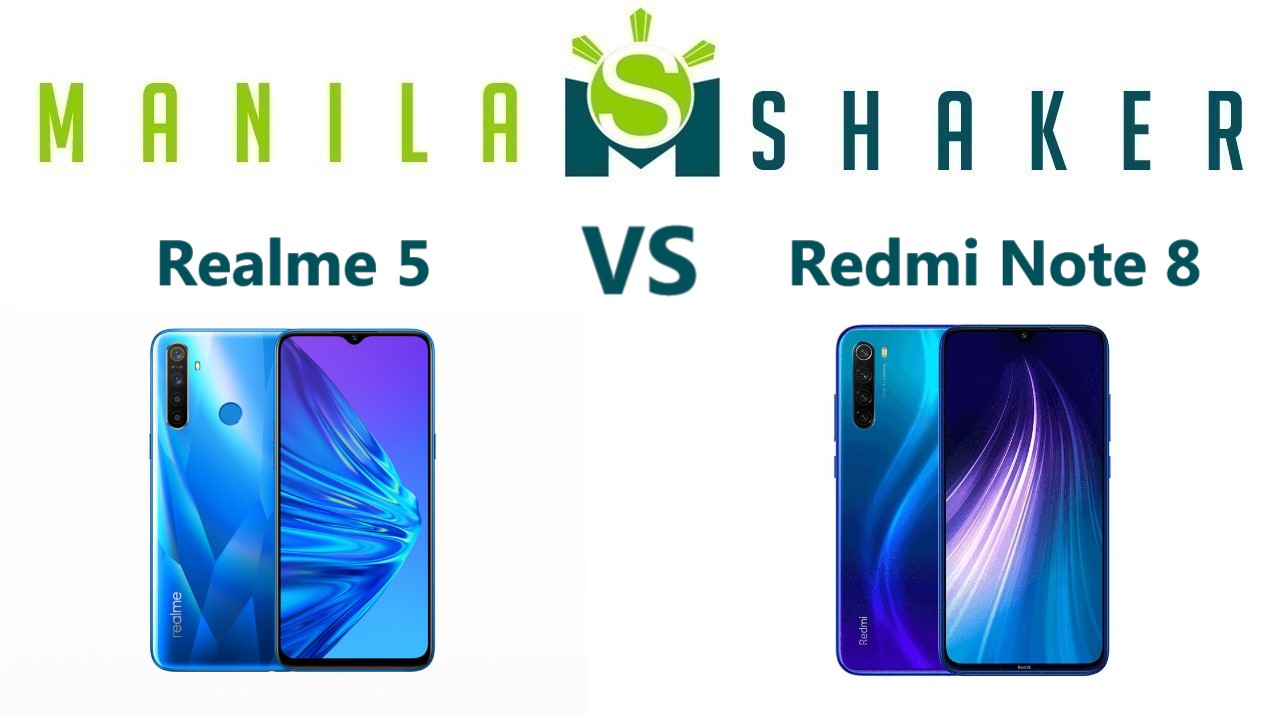 If you’re out looking for a budget quad-camera phone, Realme 5 and Redmi Note 8 are the phones that fit your category. Realme 5 has arrived in the Philippines with a starting price of P6,990. On the flip end, Redmi Note 8 has been released starting at P7,990. That said, here are the differences that you need to know.

Which is a better buy between the Realme 5 and Redmi Note 8?

Even though both phones are looking nearly similar to each other, there’s a difference once you have it in your hands. Realme 5 makes use of a polycarbonate back panel while Redmi Note 8 is all about being premium, thanks to its glass back panel (also covered in Corning Gorilla Glass 5). This means Realme 5 will easily suffer from minor scratches. Nevertheless, both can survive a few water splashes.

With both using a teardrop notch, Realme 5 is slightly bigger at 6.5″ vs 6.3″. However, you will appreciate the crisper screen quality of Redmi Note 8 due to its FHD+ resolution. If your usage veers towards video consumption, it’s best to go with Xiaomi’s device.

Both are rocking Snapdragon 665 chipset. Although not made for serious gaming, productivity and time-wasting apps should be handled excellently. We do have to mention that Redmi Note 8 can provide up to 6GB RAM, meaning, it will hold out more apps in the background. Based on Android 9 Pie, both, again, are using their respective skinned UIs. While it’s almost sure that Redmi Note 8 will get Android 10 (except we don’t know when), Realme 5 is already scheduled to receive the next major Android update. This means getting the latest features from Google as well as the latest security patches.

In late 2019, these two are pioneering the budget quad-camera phone category. Outside the main sensor, both use 8MP ultrawide, 2MP macro, and 2MP depth. Realme 5’s main camera is of 12MP f1.8 while Redmi Note 8 crushes it with a 48MP f1.8 Samsung sensor of its own. But do take note that it’s not all about numbers. Realme has its Chroma Boost feature that outputs well-balanced photos.

Video-wise, both are capped at 4K @ 30fps with up to 960fps slo-mo at lower resolutions. And yes, they do come with electronic image stabilization for smoother footage.

As for the front cameras, it’s a tie on paper. Both are using 13MP f2.0 sensors — difference will come down in post-processing which involves using the phones themselves.

If you’re looking for longevity on a single charge, Realme 5 may be the best one for you — it features 5000mAh capacity, although you’re stuck with mere 10W standard charging. But if you don’t mind topping up in the middle of the day, Redmi Note 8 can fill up its 4000mAh tank fast with 18W fast charging. You also do get the benefits of using USB Type-C, such as faster transfer speeds and reversible connector.

Xiaomi Redmi 8a Dual Vs Realme 5i – Specs Comparison