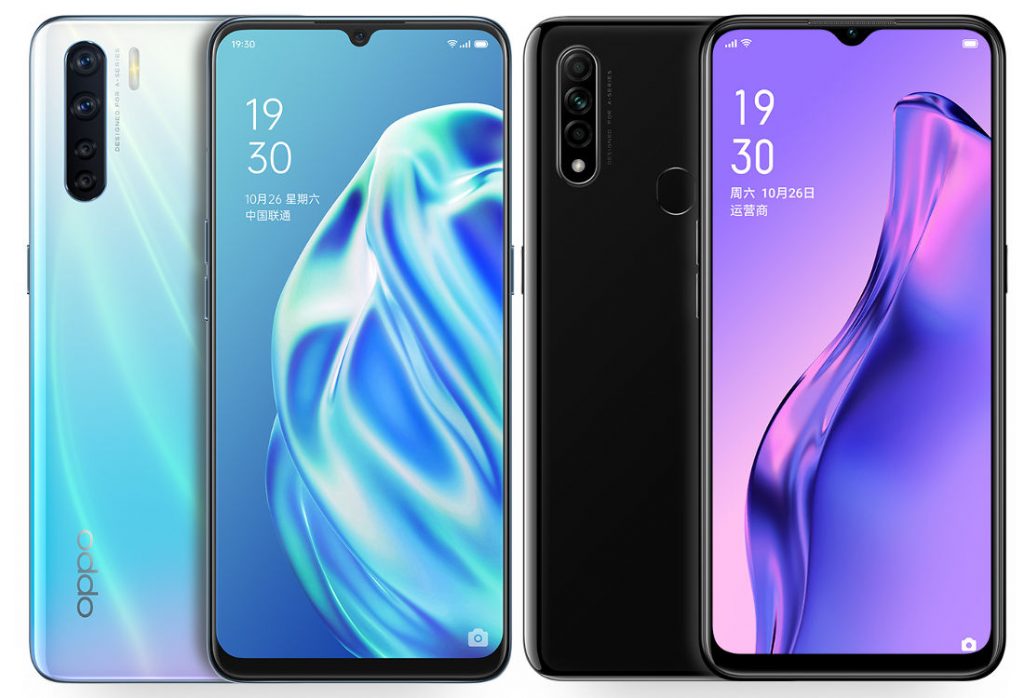 In China, OPPO launched the A91 and A8 phones that feature up to quad-camera setup and MediaTek chipsets. The A91 is the more expensive smartphone, using Helio P70 chipset that was seen first on the F11 series. A8, on the other end, has an Helio P35 SoC. It’s not the best for gaming but it’s sufficient for social media. It has a price of CNY 1199 (~P8,700) while the A91 will set you back at CNY 1999 (~P14,500). Both are available in China already.

OPPO A91 and OPPO A8 Now Official in China

OPPO A8 is replacing the A7 that was launched in the Philippines last March. The predecessor launched for P10,990, so the estimated price tag of the new model seems to be promising. It’s still the same 720p+ phone with a teardrop notch, but the display is extended to 6.5″ already. Retaining the rear fingerprint scanner and glass-like finish, only the triple-camera setup gets updated in design. It houses a 12MP f1.8 main sensor along with 2MP sensors for macro and depth purposes. From the Snapdragon 450, A8 is now using Helio P35 with 4GB RAM and 128GB expandable storage.

For the more expensive sibling, OPPO A91 feels like the A9 2020 but with a smaller battery and better specs in some areas. The display is also slightly smaller at 6.4″ but it’s using AMOLED with FHD+ resolution. While the battery is rated 4025mAh, it charges with 30W VOOC 4.0 via USB-C already. Unlocking the device also requires authentication from the under-screen scanner. The 48MP quad-camera setup is the same as well as the 16MP f2.0 selfie camera. With the Helio P70 and smaller battery size, the thickness is down to 7.99mm from 9.11mm.

OPPO A91 specs, price, availability in the Philippines

OPPO A8 specs, price, availability in the Philippines